Australian skateboarder Shane O'Neill started his journey as a teenager and has since found immense success in his career. He has won several skateboarding events and is a member of the SLS 9 Club, having scored an average of 9 or better in the Street League Competition.

Due to his highly successful skateboarding career, the Melbourne native has been in the spotlight for many years. And there are many fans who want to know more about him. So, here is everything one needs to know about Shane O'Neill, including his biography, career trajectory, and love life.

Shane O'Neill was born in Melbourne, Victoria, on January 3, 1990, in a normal middle-class family. He grew up with an older and a younger sister who have stayed away from the spotlight. He was a very outdoorsy kid and played Australian rules football or Australian football, and even cricket at his school. He was also a BMX rider but then found skateboarding which turned his life around.

While the Australian skater has been forthcoming about his childhood, he has not talked much about his family. Much of Shane O'Neill's parents and family life is a mystery as he is a very private person. However, he has alluded to the fact that he did not have the best home life. Nevertheless, he has grown up well and has found a family for himself in the States.

Shane O'Neill started skating as a young kid and was already participating in events and getting sponsorships at the age of 14. His first major tournament was the Tampa Am in 2007, where he placed 21 out of 37 skaters in the semi-finals. He returned a year later and placed 8 out of 12 skaters in the Tampa Am 2008 Street Finals.

In 2009, Shane participated in the Maloof Money Cup's street qualifiers and won the round out of 32 skaters. However, he placed second in the finals, and after this, he continued to take part in events like Street League, SLS World Tour, Tampa Pro, and Copenhagen Pro, among others.

For O'Neill, 2016 was one of the most successful years in his professional career. He placed first in the Tampa Pro qualifiers and went on to win the finals on March 6. He also clinched the SLS (Street League Skateboarding) Pro Open in Barcelona and then the SLS Super Crown World Championship.

The Australian skateboarder also won a silver medal in the X Games Oslo in 2016 and added a bronze medal to his tally during the X Games Sydney 2018. This shows that Shane O'Neill has continued to taste success in his skateboarding career, decades after his debut.

And in addition to many titles and fame, Shane has also amassed a fortune from his skating days.

Shane O'Neill Net Worth And Earnings

As stated above, the talented athlete has accumulated a considerable fortune in addition to the titles he has won as a skateboarder. While there is no exact information regarding Shane O'Neill's net worth, there is no doubt that it includes the amount he gained after winning tournaments, sponsorship deals, and his business venture.

Income From Skateboarding Events And Sponsors

As per the official website of Street League Skateboarding, the overall winner at Tampa Pro 2016 pocketed $20,000 prize money. And as the winners of the event, O'Neill took home the $20K prize money. Shane also placed second in the Maloof Money Cup Street Finals and undoubtedly won a significant amount from it. 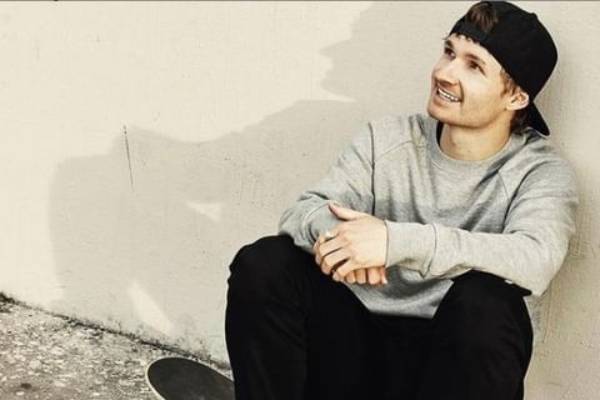 In addition to the prize money received through the aforementioned events, Shane O'Neill's net worth also includes the amount he gains through sponsorships. Currently, he is sponsored by Nike SB, Villager, Spitfire Wheels, Thunder Trucks, and Diamond Supply & Co. Some of his previous sponsors include Primitive Skateboarding and Skate Mental.

Nike SB is the largest sponsor for O'Neill, and he has collaborated with the company to put out a skate shoe named Nike SB Shane. Each pair cost $78.99 and is available in three colors. As the one who created the product, Shane must have earned some amount from the sales of these shoes.

For many years, the Australian sportsperson rode decks from Primitive Skateboarding before leaving the company in 2018. Then a year later, Shane O'Neill started his own skateboard company named April Skateboards. The company has produced several boards since its formation, some of which  are given below:

Fans have flocked to the official website of the company to purchase one for themselves. And as the founder and owner of the company, Shane O'Neill's fortune must have benefitted from the sales. Also, the April Skateboards team includes upcoming skaters like Yuto Horigome and Diego Najera who have helped spread the company's name.

While the professional life of the skateboarder is public news, Shane has maintained privacy regarding his personal matter. The only thing he has opened up about is his beautiful daughter, Luna O'Neill. 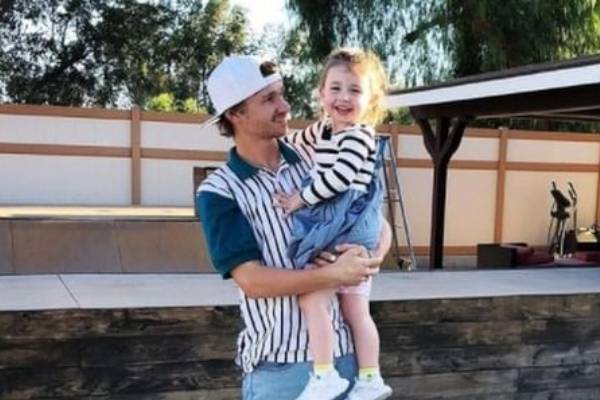 In an interview with Free Skateboard Magazine, Shane revealed that his little girl was born in 2015, and it was the perfect time for him to welcome the young one. At the time of the interview, he had not revealed her name, and fans believed that Shane O'Neill's daughter was named April since he had named his company April Skateboards.

Apart from this small information about his little girl, O'Neill has not talked about his personal life. It is unclear if he is a married man or if he is dating anyone at the moment. Shane O'Neill's partner and baby mama is a mystery yet to be solved. And seeing his preference regarding privacy, his beau's details might come late. But let's hope we will learn more about the person who stole the famous athlete's heart in the near future.

Chris Cole is a well-known American skateboarder who was named the Skater of the Year ...

Paul Rodriguez Jr. is an American professional skateboarder, notably known by his nickname ...