Yuto's wins at some of the major skateboarding events have helped the skateboarder to have a successful career. Let us know more about Yuto Horigome's net worth and career.

Yuto Horigome was born on Jan 7, 1999, in Kōtō, Tokyo, Japan. He was raised alongside his two younger brothers by his parents. Yuto's father taught him to skate from a young age and enhanced his skating skills at the local Amazing Square Murasaki Skatepark in Tokyo.

Despite being close with his family, the professional skater has not shared any details about his parents and siblings with the media. 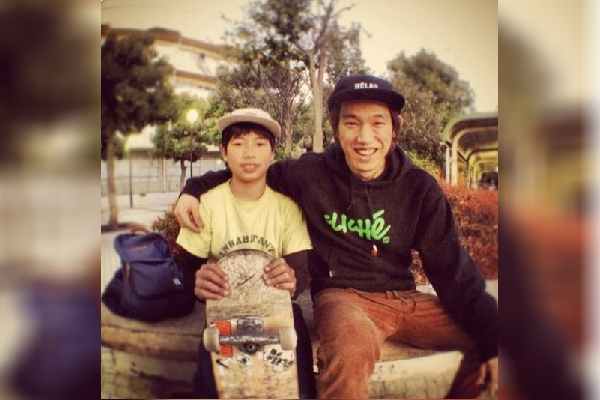 Due to his participation in skateboarding events from an early age, Yuto had to attend an online school. The skater traveled to the United States with his father on many skate trips and lived with his friends, including pro skateboarder Micky Papa, in Los Angeles.

After a while, Yuto stayed in the U.S. during the winter and began competing in various American skateboard competitions such as Dew Tour and Tampa Am.

A Japanese skateboard company sponsored Yuto Horigome from an early age. Being a talented kid in the sport, Yuto Horigome began entering skate contests such as The Berrics and Wild In The Parks, held by Volcom, where he finished in second place. The Japanese prodigy was recruited by Blind Skateboards in 2015 after Micky Papa talked to the team's manager. Micky was already sponsored by the Blind Skateboards at the time.

In 2017, Yuto won the Oi STU Open in Rio de Janerio, followed by his first third-place win in the 2017 Street League held at Barcelona, Spain. Yuto Horigome participated in several competitions and also won many of them throughout his career.

In his second Street League in Munich, Germany, Yuto came in second place after falling a few points short in his final trick. However, the Japanese athlete started 2018 year by winning the 2018 Pro Open London after scoring multiple high points. Over the years, he went on to win even more skate contests.

Furthermore, Yuto left the Blind skateboards team and went pro after joining April Skateboards in 2019, which Australian professional skateboarder Shane O'Neill owns. The skateboarder has also appeared in multiple video projects in his career and is endorsed by some big skateboarding brands.

Furthermore, Yuto became the first person to win a gold medal in skateboarding at the Olympics. He won the medal in Street discipline followed by silver medallist, Kelvin Hoefler and bronze medallist Jagger Eaton. Horigome also made history by winning his first Olympic gold in his home country.

Yuto Horigome's success in his profession has also increased his net worth by a considerable amount of money.

Yuto Horigome's Net Worth and Earnings

According to ZipRecruiter, a professional skateboarder in the U.S. has an average salary of anywhere between $20K to $30K varying on experience, sponsorships, and events won. However, with such major competition wins, Yuto Horigome's net worth is sure to have surpassed over a million dollars.

Also, many sites say that the athlete's fortune is in millions, but the factual data about Yuto Horigome's worth is still a mystery to his fans and the media. However, as mentioned before, the professional athlete has won many skateboarding events as well. The skateboarder's wins are also a major factor in increasing his total fortune. Listed below are some of the events won by Yuto Horigome to date.

By winning such events, the Japanese skater is sure to have received a considerable sum of money. The skater has also worked on various video projects alongside his competition wins, which have undoubtedly paid the athlete some fat checks. His video and film projects also help the professional skateboarder earn a stable income.

As stated earlier, Yuto Horigome is sponsored by some of the biggest brands in skateboarding, such as April Skateboards, Nike SB, Spitfire, G Shock, and Venture. His deals with such big companies are sure to generate huge sums of money for the professional skater. Yuto Horigome's skateboard decks are manufactured and designed by April Skateboards. The athlete's board dimensions are available in three different lengths. The 7.8-inch decks, 8-inch decks, and 8.25-inch decks are available on the April Skateboards website for $60. His favorite skate shoe is the Janoski slip by Nike SB.

Yuto Horigome's relationship is a mystery to the skater's fans as he has not shared any details regarding his partners and love life. However, it seems that Yuto is already in love with his passion for skateboarding and making videos at the moment. The Japanese prodigy often leaves his home to pursue his goals and represent his home country on different occasions. Looking at his busy lifestyle with tours, projects, and competitions, Yuto doesn't seem to have much time to spend with his loved ones or his partner. As there is no information about Yuto Horigome's girlfriend, the young skater is rumored to be single at the moment. 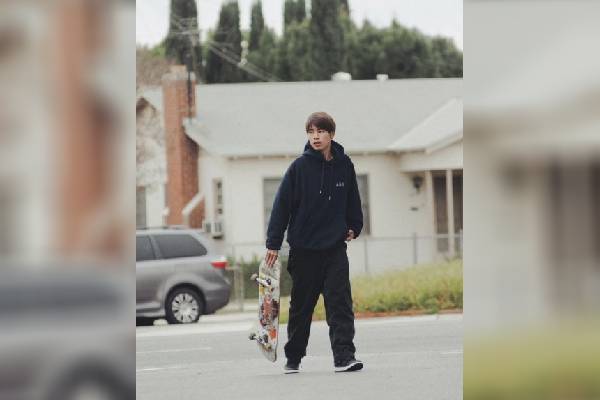 Yuto Horigome's is focused on his professional skateboarding career at the moment. Image Source: Yuto's Instagram.

In addition, it looks like Yuto has no plans to settle down and have children at the moment. Nevertheless, Yuto Horigome's children might walk in his footsteps someday just as he did and continue his skating legacy. For the moment, we can only hope to see the athlete win many more events and hopefully find his better-half soon.