Jüri Vips is a race car driver from Estonia. He currently competes with Hitech Grand Prix in the FIA Formula 2 Championship. Jüri, who began karting in 2011, made his Formula 4 debut in 2016. Although it has not been long since he started his racing career, he has achieved considerable success professionally.

Jüri Vips is establishing himself as one of the prominent racers of his time. He has participated in more than dozens of championships and has claimed victories in several tournaments resulting in him garnering numerous awards and accolades. For now, let's learn more about the talented racer Jüri Vips's biography and his professional life.

The famous Estonian racer, Vips, was born on August 10, 2000. He grew up in Tallinn, Estonia, with his parents and siblings. He has big brothers who were into rental karting, and they used to let him try karting when he was younger.

Sadly in 2018, before joining the RedBull Racing Junior team, Juri lost his father. Nevertheless, Vips' father must be proud to see what his son has achieved. However, other details regarding the racer's family, including his mother and brothers, have not been revealed yet.

As stated earlier, Jüri Vips's brothers were into rental karting, and they used to let him try karting when he was around 7. He began his professional competitive karting in 2011, at the age of 11. In 2013, he won the Rotax Junior Estonian Championship. Then, he was qualified for the 2014 Rotax Max Challange Grand Finals in the Junior category, and there too, he claimed the victory. In 2015, he competed in the CIK-FIA European KF1 Championship, where he raced against future FIA Formula 3 competitors Marcus Armstrong and Richard Verschoor, and he ended in 12th place in the championship.

Jüri Vips was signed by the Prema Powerteam in the ADAC Formula 4 and Italian F4 championships in January 2016. He finished sixth and fifth in ADAC Formula 4 and Italian Ff4, respectively. During the 2016 Italian F4, he won the final race and claimed the rookie title. During the winter of 2016-17, he took part in the Indian-based MRF Challange Formula 2000 Championship. In the championship, he took three podium places and finished sixth in the standings. 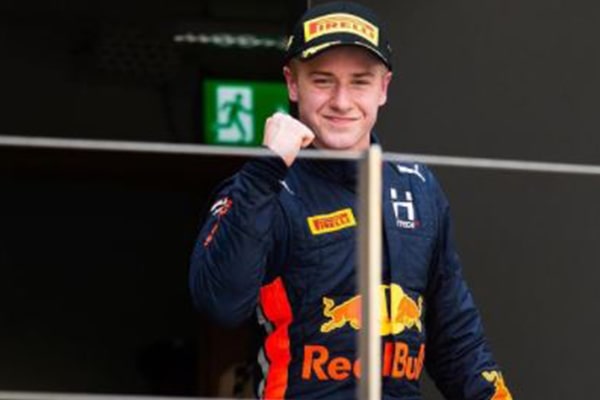 For the 2017 season, Jüri continued in Italian F4 and ADAC Formula 4 with Prema. He had made his appearances as a guest driver in Italian F4 and was declared ineligible to place in the championship. Despite that, he claimed two pole positions and a victory at Mugello. He claimed the title in the final race of ADAC Formula 4 at the Hockenheimring after Marcus Armstrong lost the lead of the race to Artem Petrov.

After his victory in the ADAC Formula 4, Juri tested Formula 3 machinery at Magny-Cours, with Prema in September 2017. The following month, he debuted in the FIA Formula 3 European Championship as a guest driver. He had replaced Petru Florescu, who couldn't compete in the final round at the Hockenheimring, citing medical reasons.

In the 2018 season, Juri Vips secured a full-time step up to European Formula 3 with the Motopark team. He secured fourth place in the championship behind Dan Ticktum, Mick Schumacher, and Robert Shwartzman after claiming three pole positions and some wins. He made his first appearance at the Macau Grand Prix in November 2018. Before his debut appearance at the Macau Grand Prix, he joined Red Bull Junior Team.

For the 2019 season, Juri joined Hitech GP for the new FIA Formula 3 Championship. He continued with the team to compete in the 2019 Macau Grand Prix. After the second qualifying session, he took pole position for the qualification race and claimed victory in the qualifying race. He had led during the early part of the race, but due to crashes from Leonardo Pulcini and Ferdinand Habsburg, his lead was eradicated.

In the final round of the 2019 Super Formula Championship, Vips replaced Patricio O'Ward at Team Mugen, where he finished 18th. During the winter test at Suzuka in December 2019, he rejoined the Team Mugen and finished third overall the test. He also drove with Team Mugen for the 2020 Super Formula Championship alongside Tomoki Nojiri. However, due to the COVID-19 pandemic, there were doubts if he could compete or not.

Juri partook in a Formula Regional European Championship (FREC) test at Imola in June 2020 with the Finnish KIC Motorsport team. For the 2020 season, he was announced as a part of the team's lineup that season. Super Formula campaign was the priority for him, but FREC was taken as a "back-up" if travel to Japan became impossible. However, his debut FREC race at Misano ended in retirement due to a spin into the gravel.

After he claimed a double podium finish in the FREC round at Circuit Paul Ricard, he was called up to replace injured Sean Gelael in the FIA Formula 2 Championship. In the first four races at Spa-Francorchamps and Monza, he had finished narrowly outside of points. His first ever points of the season were at Mugello, where he had finished third in the sprint race and seventh in the feature race. This made him the first race car driver from Estonia to claim a podium finish in the Formula 2 series. For the 2021 Formula 2 season, he is due to race full-time in Hitech GP.

In the ongoing FIA Formula 2 Championship, Juri Vips won two back-to-back races. He took his maiden victory in Sprint Race 2 in Baku. And the following day he crossed the chequered flag ahead of Oscar Piastri and added 25 points to his tally. These wins has helped Vips climb to the 4th position.

During the Tuscan Grand Prix at the Mugello circuit in Italy in 2020, Juri was hit with the injunction after he was found to have impeded Swiss driver Louis Deletraz in the qualifying session. He was pushed three places down to 10th on the grid after a penalty due to the crash.

Aforementioned, Juri Vips joined the Red Bull Junior Team in 2018. In November 2020, he completed a 300km test for Red Bull at the Silverstone Circuit, where he drove the Red Bull RB8 and received his FIA Super License. Furthermore, he was a reserve driver for Red Bull and AlphaTauri at the Bahrain, Turkish, Abu Dhabi, and Sakhir Grand Prix. In December 2020, he tested at the young driver test that took place, week after the final race of the season, the 2020 Abu Dhabi Grand Prix, where he drove Red Bull Racing RB16.

One cannot doubt that Juri Vips has established himself as one of the prominent young drivers of the sports world. Looking at the number of tournaments and championships that he has participated in, we can assume that he must have earned significantly. While it's not revealed how much his actual fortune is, we can assume that Juri Vips's net worth must be of a grand sum.

Talking about salary, a race car driver earns $40,904 yearly on average. And since Juri has been in the field for years, his earnings might be in the same range, if not more. Well, with such a huge estimated yearly income, he must have accumulated an enormous fortune to his name. 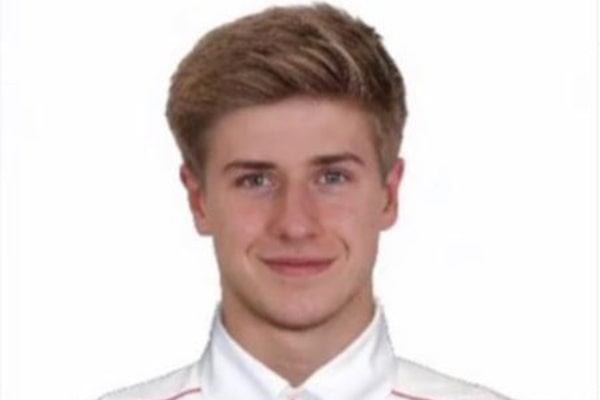 Furthermore, he also earns through various endorsement and sponsorship deals. Due to the immense fame that he has gained in the racing world, Vips has received endorsement deals from various luxurious brands. He is endorsed by Dagcoin, ABC Grupp, and many others.

Hence, Juri Vips's net worth must be in millions due to the income from tournaments, prize money, and endorsement offers. All thanks to his wealth, he lives a comfortable and lavish lifestyle with his family in Lugano, Switzerland.

As stated earlier, Juri Vips has garnered immense fame in the sports world. Despite the fame and popularity, he seems to be a private person preferring a low-key life. Much information regarding Juri Vips's relationship has not been revealed. He might be single at the moment. As he is a person of privacy, Vips's partner is a mystery to his fans.

Even if any girl is dating a handsome racer like him, she must be really fortunate. Nevertheless, if he is in a relationship, he prefers to keep it away from the spotlight and enjoy the moments away from the media. Well, for now, we can only hope to know more about Juri Vips's girlfriend in the coming days.