Ryan O'Reilly is a professional Ice-Hockey player from Canada. He currently plays as the center of the St.Louis Blues of the National Hockey League. He has also played for the teams like Metallurg Magnitogorsk and Buffalo Sabres.

During his career, he has helped his team win several championships and tournaments. He is recognized as one of the league's best faceoff men and two-way centers. Now let us learn more about the player's biography and professional life.

Ryan O'Reilly is a Canadian professional hockey player who was born to parents Brian O'Reilly and Bonnie O'Reilly. Ryan grew up with his four siblings in his hometown Clinton, Ontario. Ryan's parents fostered 47 kids in their home for over 20-years. Ryan's brother Cal O'Reilly played in the NHL, and his sister Tara O'Reilly was the hockey captain of the Carleton Ravens.

The talented ice hockey player Ryan has earned significant fame in the world of hockey.

Since his childhood, Ryan grew up playing hockey with the Ontario Minor Hockey Association's Seaforth Stars. After that, he was promoted to the AAA level and played for the Huron-Perth Lakers of the Minor Hockey Alliance in 2000-2001. He was received as one of the most talented prospects to come out from the Lakers. After playing six years of Lakers hockey, Ryan played one year of minor midget hockey with the Toronto Jr. Canadiens in 2006-2007. 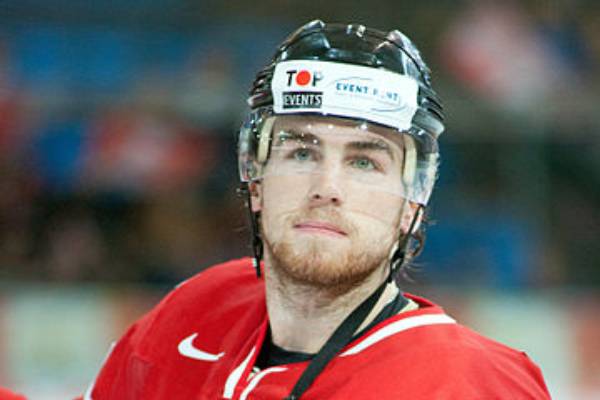 Ryan received the Jack Ferguson Award as the first overall selection in the 2007 OHL Draft and began playing at the major junior level for the Erie Otters of the OHL. He was named the Otters Rookie of the Year and Most Sportsmanlike Player and earned Erie's nomination for the Bobby Smith Trophy during his rookie season in 2007-2008.

Colorado Avalanche drafted O'Reilly in the second round, 33rd overall, in the 2009 NHL Entry Draft. On October 1, 2009, he earned his first NHL point in his Avalanche debut against the San Jose Sharks. He scored his first career NHL goal against Carey Price of the Montreal Canadiens. After Ryan made the strong start to the season, the Avalanche announced that O'Reilly and Matt Duchene would spend the entire season with the Avalanche.

In a tournament against the Columbus Blue Jackets on February 2, 2010, Ryan became the first Avalanche player in history to achieve two shorthanded goals in one game. He completed his rookie season with the Avalanche with 26 points in 81 regular-season games.

Ryan made his Stanley Cup playoff debut with a victory over San Jose in Game 1 of the Western Conference Quarterfinals. O'Reilly scored his first career goal playoff with a win over San Jose. In the season 2010-11, O'Reilly appeared in his 100th NHL game and earned a victory over the New York Rangers. He had already proved himself as the leading defensive center on the Avalanche. He developed his two-way game and increased his offensive production alongside Gabriel Landeskog.

Ryan, who was leading all Avalanche forwards in ice time, was named the NHL's Second Star of the Week. He was a restricted free agent in the off-season. As a result, his extended contract negotiations with the Avalanche were halted by the expired Collective Bargaining Agreement between NHL and the NHL Players' Association. On December 7, 2012, O'Reilly signed a two-year contract with the Russian Kontinrntal Hockey League club Metallurg Magnitogorsk and made his debut for the club with a victory over Atlant Moscow Oblast in December.

In January 2013, Ryan mutually terminated his contract in Russia after citing an ankle injury suffered through his 12 games with Metallurg and returned to North America. With no progress with the Avalanche a month into the season, he was training with the London Knights. He ended his holdout after signing a two-year, $10 million offer sheet with the Calgary Flames.

Ryan O'Reilly, alongside Jamie McGinn, was traded to the Buffalo Sabres in exchange for Nikita Zadorow, protect J.T. Compher, and forward Mikhail Grigorenko. O'Reilly signed a seven-year contract worth $5.25 million with Buffalo Sabres. On the same day, i.e., July 2, 2015, Sabres signed O'Reilly's brother Cal to a two-year contract. Upon his arrival in Buffalo, Ryan was immediately named an alternate captain.

O'Reilly got traded to the St.Louis Blues on July 1, 2018. With the Blues being qualified for the 2019 Stanley Cup playoffs, he became the first player to score a goal in four-consecutive StanleyCup finals games since Wayne Gretzky in 1985. After recording a franchise-record 23 playoff points, he was awarded the Conn Smythe Trophy. And the Blues won their first Stanley Cup in history against the Boston Bruins in game 7 of the 2019 Stanley Cup Finals. On December 23, 2020, he was named captain of St.Louis.

O'Reilly played his first international tournaments at the 2008 World U-17 Hockey Challenge. He gained selection to Team Canada the 2008 Ivan Hlinka Memorial Tournament as an underage 17-year-old and was selected as captain of Canada for the 2009 IIHF World U18 Championships. Ryan was invited to participate in the 2015 IIHF World Championship in the Czech Republic. This was the third time he was invited there. The table below represents the career stats of Ryan O'Reilly.

Ryan is still very dedicated in his career, and one cannot doubt that he will achieve more success in the days to come.

Other NHL players who have tasted immense success in their careers are Johnny Gaudreau, Vincent Trocheck, Jack Eichel, and Auston Matthews.

Ryan again signed the contract worth $10 million and $12 million with the Colorado Avalanche in the year 2012 and 2010, respectively. He later signed a seven-year contract worth $52.5 million with the Buffalo Sabres. While at Buffalo Sabres, O'Reilly's average salary was $7,500,000. He earns $6 million annually from St. Louis Blues. The hockey player, who has amassed such a huge fortune, is now living a lavish lifestyle.

Ryan O'Reilly is married to Dayna Douros, with whom he tied the knot on June 30, 2018. Ryan O'Reilly's wife is a certified yoga instructor in Denver. The lovely pair welcomed their son, Jameson Keane O'Reilly, on December 23, 2017. The family is living a happy and comfortable life.