Robert Marvin Hull, famously known as Bobby Hull or 'The Golden Jet,' is a former ice hockey player who is deemed one of the greatest players of all time. The blonde-haired left-wing is known for his charismatic performances, high-paced skating sprints, and fierce slapshot skills in the ice-rink. It was entertaining for the audience but a terror to Hull's opponents.

Bobby Hull has spent almost a quarter of his life in the National Hockey League (NHL) and World Hockey Association (WHA). He has played for the Chicago Black Hawks, Winnipeg Jets, and Hartford Whalers during his career. Hull has won various individual awards and team trophies during his 23 years of professional hockey spell, which led him to be inducted into the Hockey Hall of Fame in 1983. Hull's name was crafted in the '100 Greatest NHL Players" in history in 2017 to honor his achievements. The Canadian hockey hero's journey is perceived as an inspirational story in the hockey world. Let's learn about Bobby Hull's biography.

Hull, born on January 3, 1939, in Pointe Anne, Ontario, is the firstborn child of his parents. Bobby Hull's father, Robert Edward Hull, was a cement company foreman and his mother, Lena Cook, was a housewife. Bobby was born as the eldest in a family of eleven children. With such a large family size and parents' modest amount of income, Hull began working as a laborer in Canada Cement Company Plant no.5 before embarking on a legendary hockey career.

Among his siblings, Bobby Hull's younger brother Dennis William Hull also grew up to be a professional hockey player who played alongside his brother in Chicago Blackhawks for eight seasons.

Like many successful stories, Bobby started with a humble beginning. He learned to skate on the Bay of Quinte's frozen surface before playing minor hockey in Belleville and then Junior B hockey for the Woodstock Warriors. In 1955, he led the warriors to the Sutherland Cup as the champions of Ontario.

"Hockey was an obsession," Hull told Joe Sexton of the New York Times regarding his childhood passion.

Bobby Hull pursued his collegiate studies in St. Catherines of Ontario, only to be dropped out later to sign for Chicago BlackHawks in 1957.

Let's take a look at Bobby's career in brief.

Bobby began his NHL career at the age of 18 with Chicago BlackHawks. He initially wore jersey numbers 16 and 7 but later switched it to his famous number 9. He did great in his first two seasons as a Black Hawk, but his third season with the team is considered his breakthrough season. In the 1959-60 season, Bobby set the NHL's goal-scoring record to win the Art Ross Trophy. The team lifted the trophy again in the 1961-62 and 1965-66 season. He also led the BlackHawks to the Stanley Cup in the 1961 season. Hull became the first NHL player to score more than 50 goals in a single season, surpassing Maurice Richard's and Bernie Geoffrion's previous 50 goals stats on March 12, 1966. He recorded 54 in the season.

Altogether, Bobby Hull is a Chicago Black Hawk's celebrated left-wing with 604 goals, 560 Assists, and 1,170 points, winning 7 Maurice Richard Trophies, 3 Art Ross Trophies, 2 Hart Memorial Trophies, and 1 Lady Byng Memorial Trophy. Also, he was voted as First-Team All-Star left winger ten times. His record slap-shot was clocked at 118.3 mph, and he could skate at 29.7 mph. Well, he got his nickname "The Golden Jet" for a reason.

In 1972, the golden jet rocked the hockey world when he signed for Winnipeg Jets of the World Hockey Association. Unsatisfied with the salaries and internal disputes, Bobby agreed to a contract worth $2.5 million over ten years plus a $1 million signing bonus with the Jets' owner Ben Hatskin. During his time with the Jets (1972 to 1979), he also played a dual role of player and coach. He was voted a First-Team All-Star three times and a Second-Team All-Star two times during his five seasons in WHA. He scored 50 goals in four seasons, scoring 638 points and winning two WHA World Titles in his career.

After the 1979 merger of NHL and WHA, he was traded to the Hartford Whalers, where he played nine games and three playoff games, scoring two goals and five assists. In 1981, Hull joined the New York Rangers for a comeback but failed to be selected.

Hull retired with 1,018 professional league goals (WHA included), which is the third most record after Wayne Gretzky and Gordie Howe.

In the 1972 Summit series, Bobby was taken out of Team Canada, up against USSR's national team. However, Bobby was reincluded to the team in the 1974 Summit Series against the Soviet national team. In 1976, he played a significant role in the Canadian Squad, which won the 1976 Canada Cup.

Bobby Hull is one of the greatest hockey players in history who have achieved several accomplishments in his career. Some of his noteworthy achievements are:

Furthermore, Bobby Hull has been ranked as the highest-ranking left-winger on The Hockey News' list of the 100 Greatest Hockey Players. In 2011, a bronze statue depicting the prime years of Hull and Stan Mikita was made just outside the United Center.

Bobby Hull Net Worth and Salaries

Having such a charismatic hockey career, the former ice-hockey player saw his financial trajectory surge with the growing success. According to Celebrity Net Worth, Bobby Hull has a net worth of $10 million. His salaries and earnings as a professional ice-hockey player have not been officially published. Still, according to Hockey Zone Plus, he made a fortune of $3,450,000, which, if converted, seems to be around $18 million in terms of today's money. 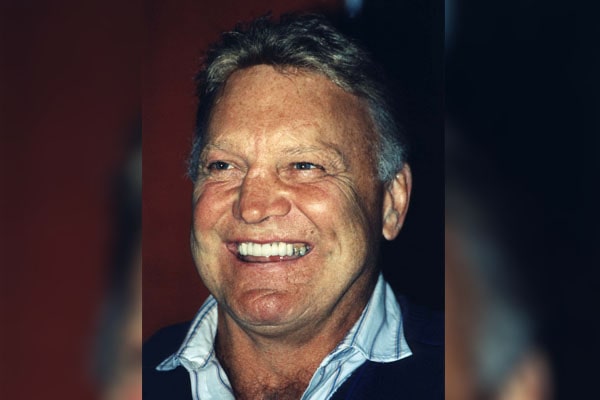 When Bobby signed a 10-year contract deal with the Winnipeg Jets, the package was worth $2.5 million, making him one of the highest-paid players of that time. It consisted of a $200,000 salary for five years as the club's player/coach role. So with that massive fortune and Bobby Hull's net worth, the athlete must have lived a comfortable life.

Talking about his love life, Bobby Hull has been involved in three marriages so far. His first marriage was with an unnamed girl back when he was a teenager. The relationship was short-lived, and the hockey legend has not talked much about it. Hull married for the second time in 1960 to Joanne McKay, who was a former ice skater. The couple had five children, four sons Bobby Jr. Hull, Blake Hull, Brett Hull, Bart Hull, and daughter Michelle Hull. Their marriage ended with a divorce in 1980. McKay made serious allegations against the former hockey player involving adultery and several spousal waves of abuse. Hull had beaten her with a sharp-heeled shoe and hanging her over a balcony edge, according to his wife.

In 1984, Bobby Hull married his third wife, Deborah Hull. Although some disputes have occurred in their relationship in the past, they continue to enjoy their marital life to date. Hull's third marriage also made headlines after being accused of assault and battery against his wife which was eventually dropped by Deborah.

Hull was also involved in a relationship with Claudia Allen, who gave birth to Hull's youngest daughter, Jessica Hull. The couple were never married and parted ways in 1983.

Brett Hull, Bobby Hull's third oldest son with Joanne, was a professional hockey player too. The father-and-son tandem has achieved several records, like the only duo to score more than 600 NHL goals. Brett also wore his father's famous No. 9 for the last five games of his career.

Bobby Hull's son, Bart Hull, was a professional football player who played for the Boise State University Broncos football team, Ottawa Rough Riders, and Saskatchewan Roughriders. He also had a go on professional hockey with the team of Idaho Steelheads. Bobby Jr. Hull and Blake Hull also played hockey in their career.

On the other hand, Bobby Hull's daughter, Michelle, was a skilled skater who became a British Columbia Pre-Novice Champion at just 11. She is now an attorney in two states.

Charlie McAvoy is an ice hockey player. He plays for the Boston Bruins in the National ...