Hockey is arguably one of the most popular sports, with millions of fans worldwide. Moreover, hockey has produced some of the greatest players like Ryan O'Reilly, Bobby Hull, and Auston Matthews, who have shaped the course of the game. And, of course, there is no denying that without Pavel Vladimirovich Bure, hockey would be incomplete.

Popularly known as "The Russian Rocket" because of his lightning speed, Pavel Bure is Russia's former professional hockey player. Pavel spent most of his career playing in elite NHL teams such as the New York Rangers, Vancouver Canucks, and Florida Panthers.

Bure has primarily been recognized as a critical player in the sport during his professional career, having helped multiple teams win numerous titles and tournaments. As a result, it's understandable that fans are eager to learn more about the former player.

So, let's go through Pavel Bure's biography to discover more about his personal and professional life.

The hockey player was born on March 31, 1971, Vladimir Valeryevich Bure and Tatiana Bure. Pavel Bure was raised in Moscow alongside his younger brother Valeri Bure, named after Bure's grandfather. Like him, his sibling, Valeri, is also a former ice hockey player.

Pavel's parents divorced when he was just 12 years old, following which he lived with his mother. His father, Vladimir Bure, then married Julia Bure, with whom he shares a daughter Katya Bure. However, aside from being an excellent tennis player, there is little information about Bure's half-sister.

Despite choosing to live with his mother, the athlete is quite close to his father, who, predictably, is also a well-known athlete. Bure's father is a former freestyle swimmer and fitness coach for the NHL's New Jersey Devils. However, Vladimir is most known for competing in the 1968, 1972, and 1976 Olympics for the Soviet Union and earning four medals. 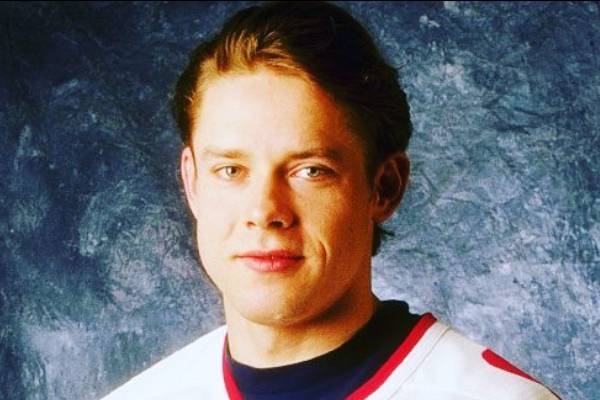 Pavel Bure developed an early interest in hockey and, although he was not a particularly good player at the time, never gave up. Image Source: Pavel Bure Instagram.

Pavel Bure's father had hoped that he would also become a professional swimmer. Pavel intended to engage in hockey from an early age, and at the age of six, he attended his first tryout with the CSKA Moscow hockey school. After failing to impress in his first tryout, his father warned him to drop out of hockey school.

Despite his father's warning, the athlete was adamant about pursuing his dream. And by 11, Bure had been named the greatest forward in his league. Furthermore, the former hockey player was assigned to the Central Red Army's junior team when only 14.

He'd soon make his NHL debut and pave the way for a successful hockey career. Still, do you believe Pavel would have achieved such greatness if he had followed his father's advice and given up on hockey?

As previously mentioned, Pavel began his journey early and made his professional debut in September 1987 and, at 16, played five games for the senior team for CSKA Moscow. He later joined the Soviet League full-time in the 1988–1989 season and scored 17 goals, a Soviet League rookie record. In 1989, CSKA won their thirteenth straight Soviet championship and twelfth consecutive IIHF European Cup with his assistance.

However, after his final season with the Central Red Army, the hockey player turned down a three-year extension contract, which resulted in Bure being left off the Soviet's roster team in 1991.

Nonetheless, following a successful rookie season with the CSKA Moscow, Pavel was chosen a year ahead of his eligible draft season in a controversial manner by the Vancouver Canucks as the 113th overall pick. However, the Soviet officials were not happy with the athlete joining the NHL and even forbade the Canucks to contact the player.

Still, after negotiating a $250,000 deal with the Societ authorities, Bure officially joined the Canucks and played his first professional game for them on November 5, 1991. The athlete started his rookie NHL debut strong and was soon awarded the Calder Memorial Trophy as rookie of the year.

Despite this, Bure was left off the NHL All-Rookie team. Nonetheless, he continued to improve his skills and made his first NHL All-Star Game appearance in 1993.

Bure's career took off from there, with him reaching numerous milestones and leading the club to multiple triumphs until a groin injury caused his performance to deteriorate in the early 1993-1994 season. Despite the injury, Bure was allowed to play against the San Jose Sharks, and as a result, he led the league in goal-scoring, becoming only the eighth player in NHL history to have back-to-back 60-goal seasons. 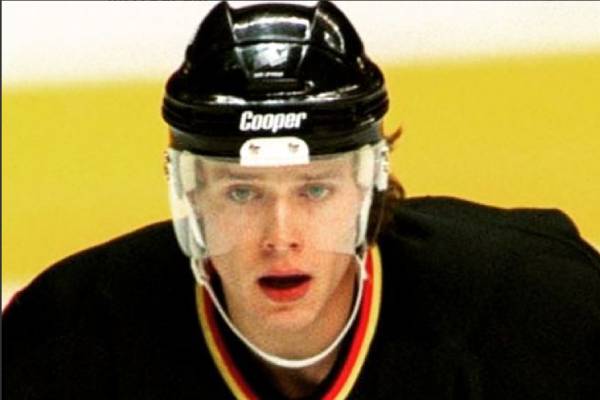 Pavel Bure spent majority of his NHL career with the Vancouver Canucks, and made a name for himself as one of the leading players in the league. Image Source: Pavel Bure Instagram.

On June 16, the Canucks re-signed the player to a five-year contract; however, due to the 1994-1995 NHL lockout, the hockey player played single-game stints with the Russian Super League's Spartak Moscow and the Deutsche Eishockey Liga's EV Landshut. Additionally, Bure also joined Russian NHL players organized to play a five-game charity tour against local clubs.

Bure set team records for most goals and points in a series with seven and 12 respectively in a seven-game series triumph against the St. Louis Blues in the 1995 playoffs after the NHL was slated to return. Unfortunately, Pavel sustained several significant injuries following the 1995-1996 season, which hampered his ability to perform on the ice.

The athlete informed the then-general manager Brian Burke that he would no longer play for the Canucks, citing personal reasons. Nonetheless, Pavel spent most of his NHL career with the Canucks and played for them for almost eight years.

On January 17, 1999, Pavel was traded to the Florida Panthers, and he made his NHL debut on January 20, 1999. Pavel topped the league in goal scoring in his first season with the Panthers, scoring 58 goals to win the first of two Rocket Richard Trophies in a row. Furthermore, Bure was also selected MVP of the NHL All-Star Game.

However, his tenure with the Canucks was short-lived, and on March 18, 2002, he was traded to the New York Rangers. Unfortunately, the athlete missed most of his games owing to another knee injury.

The following are Bure's career stats along with their timeline during his time with the Florida Panthers and the New York Rangers:

Unfortunately, following two knee surgeries, Bure was declared medically unable to play and announced his retirement from professional hockey on November 1, 2005. Nonetheless, Bure was an excellent player, and his legacy continued even after his retirement.

Pavel Bure Net Worth and Earnings

As mentioned above, Pavel spent most of his career playing for New York Rangers, Vancouver Canucks, and Florida Panthers and was the league's highest scorer multiple times. So, Pavel Bure's net worth is a whopping $70 million making him one of the richest NHL players in the world.

So, with a lot of hard work, the player gradually rose to the top and has since signed contracts worth millions. Bure, for example, negotiated a $2.7 million contract with the Canucks in 1991, which included $800,000 in signing bonuses. 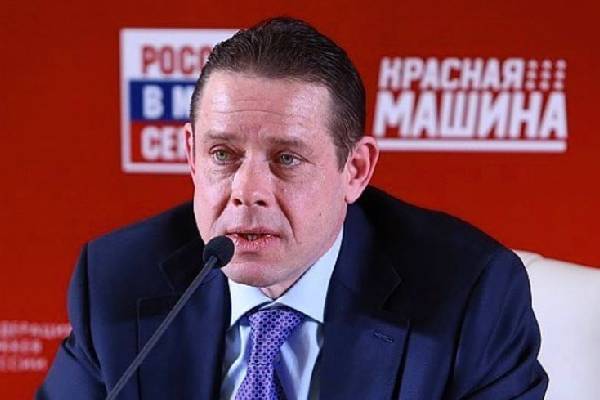 Throughout his career, Pavel Bure has landed multi-million dollar contracts, which must have significantly increased his net worth. Image Source: Pavel Bure Instagram.

After signing many multi-million dollar deals with such prosperous NHL teams, we can reasonably assume that Pavel Bure's fortunes must have increased dramatically over time.

The athlete also has a clothing company that sells items for men, women, and children. His shop sells products ranging in price from $19 to $29. With millions of hockey fans worldwide, Pavel Bure's net worth must have risen dramatically due to goods sales.

Pavel Bure is currently retired from hockey, but he was a phenomenal player during his time on the rink, and his fortune of $70 million is the proof of it.

The former athlete has been in the mainstream media for most of his life. So naturally, many are interested in knowing more about Pavel Bure's love life and personal relationships. And, unlike other renowned celebrities, the former NHL star has been open and honest about his love life and children.Pavel Bure Is Married And A Father Of Three

Anyone well acquainted with Bure knows that he has been happily married to Alina Khasanova for many years. The pair first met on May 15, 2005, when Alina and her family were attending the opening ceremony of a VIP hotel, where Pavel was residing.

After dating for a few years, Pavel and Alina exchanged wedding vows on October 10, 2009.  Since then, the two have been sharing a blissful marital life. Moreover, the love birds are often gushing about each other on their respective social media handles. Additionally, the pair are also very supportive of one another's career choices.

Furthermore, in their 12 years of togetherness, the athlete has become a father to three children: Pavel Bure Jr., Palina Bure, and Anastasia Bure. Bure's eldest kid, Pavel Jr. was born on April 23, 2013. Moreover, Bure's son has followed in his footsteps and competed in different hockey championships. 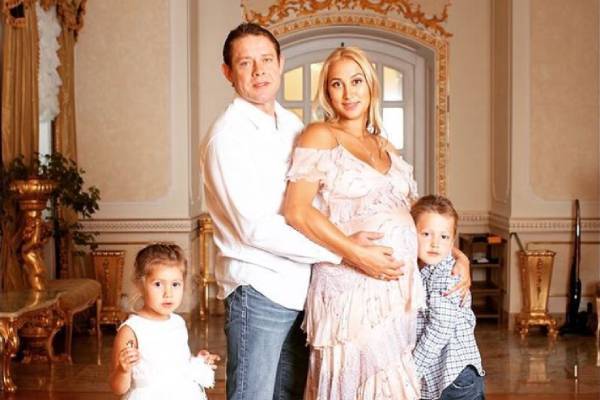 Pavel Bure has been married to Alina Bure for almost a decade and is the father of three children. Image Source: Pavel Bure Instagram.

Pavel Bure's wife gave birth to their daughter, Palina, on July 20, 2015, in Moscow, two years after the birth of his first child. Then, after another two years, his youngest child, Anastasia, was born on December 28, 2018.

While Bure's wife is open about her family, his children are very young and prefer a life away from the limelight. Consequently, the whereabouts of Pavel Bure's children are still a mystery, but despite this, they can be seen traveling across the world and enjoying their time together.

So, for the time being, we wish Pavel and his family the best and hope to see more of the millionaire's family as time goes on.

Even though Pavel Bure has been dragged into the spotlight for his affairs with multiple women, few people have heard of his first wife, Jayme Bohn. The most apparent reason for the public's lack of awareness of the former couple is that his marriage to the costume designer ended almost as fast as it began.

According to sources, the former couple merely dated for ten days before Bure's agents arranged his wedding to Jayme. In 1991, the ex-partners married in a civil ceremony, reportedly a set-up marriage to keep him from being deported. Unfortunately, Bure's immigration was not aided by marriage, which was dissolved the following year.

Following the annulment, Bure's ex-wife has opted to remain away from the media. Consequently, not much is known about what transpired in the fashion designer's life after separating from the NHL player.

On the other hand, Pavel Bure has moved on with the beautiful Alina Bure and lives a comfortable lifestyle with his family. So, we wish the pair the best and hope that their happiness continues over time.