Reality shows have been around for decades, and it is not uncommon for people to use the platform to launch their careers in the entertainment industry. But, of course, some reality stars have a higher chance of breaking out and establishing successful careers in their own right.

Naomie Olindo is one of the reality stars who has used the platform to launch her own business. Naomie became well-known after her appearance on Bravo's reality show Southern Charm. The star often made the headline news with her relationship drama and her openness about it on the show.

Fans were naturally drawn to her witty personality and amazed by her beauty, and they wanted to learn everything they could about her, which we will do in this biography.

Naomie Olindo was born to parents Joel Olindo and Carole Olindo on August 4, 1992. The reality TV star was born in France, but later the family relocated to Charleston, South Carolina. As there is no news or photographs of Naomie having any siblings, she is believed to be raised as a single child.

The actress is dedicated to her academics and considers her education to be her priority. She proceeded on to graduate school after taking the Graduate Record Examinations (GRE) in 2016. Naomi received a Master's degree in Business Administration with a Finance major from the College of Charleston. 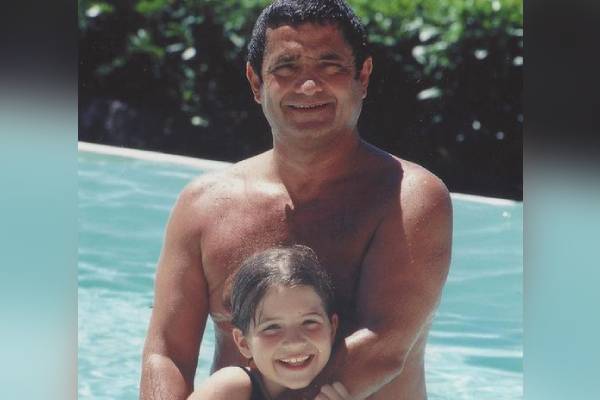 Naomie is very close to her family and is often sharing pictures of them on her Instagram. Even though the actress lives far away from her parents, she calls them daily. Naomie Olindo's mother looks to be a reserved individual who does not post much on social media. Nonetheless, her mom does seem supportive of her daughter's life choices and promotes her daughter's business on her Facebook page.

Similarly, Naomie Olindo's late father was a pillar of strength for her. From Naomie's numerous Instagram posts, it's clear that the father-daughter duo had a special bond and always had each other's backs. Their bond was so strong that Naomie experienced a nightmare and felt an ache in her chest when her father, who was out of town at the time, suffered a heart attack. Her father, fortunately, survived the heart attack.

Unfortunately, Naomie Olindo's father passed away in December 2019 after a 12-month long battle with esophageal cancer. We can only imagine how excruciatingly heartbreaking it must have been for the star to lose someone so dear to her. However, Naomie has shared beautiful memories of her father on social media since her father's passing.

Despite this, Naomie's loss has only strengthened her, and she continues to run her business, keeping her family close to her heart.

Naomie Olindo Net Worth And Career

As Naomie Olindo only rose to fame after her debut on the reality series Southern Charm, little is known about her early career. However, the actress' Instagram bio contains links to numerous restaurants. So, Olindo might have worked in a restaurant. It's also possible that the businesswoman owns or partners in these businesses. If this is the case, Naomie Olindo's net worth must have benefited profoundly from the restaurants' success.

Naomie made her television debut on the third season of Southern charm in 2016. She was seen as a recurring member until she was cast as the main lead for the reality show's sixth season.

Sadly, Naomie Olindo said goodbye to the show in 2020, along with co-star Chelsea Meissner and Cameran Eubanks. The star is very candid about her reasons for leaving the show. But she is still grateful for the fame and opportunities that the show brought her and the new doors it opened in her career. 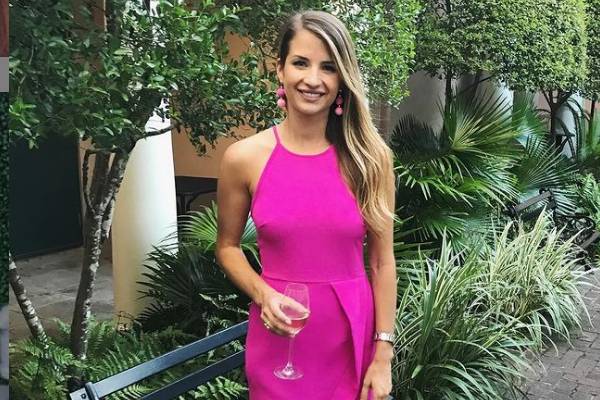 The television sensation starred in the reality show for almost four years, which must have significantly boosted Olindo's fortune. Even though the cast members' salaries have not been published, it is believed that her co-stars, such as Kathyrn Dennis, Ashley Jacobs, and Craig Conover, earn around $25,000 each episode.

Because Naomie was a part of the show for such a long time, we can assume that the actress must have made millions of dollars from the show.

After rising to fame, Naomie and her long-time friend and now-partner Ginny Cox launched her own lifestyle brand, L'ABEYE. It is an online clothing store where the prices of products range from $12 to a whopping $114. Some of the best selling pieces of her shop, along with their prices, are as follows:

With hundreds of thousands of fan following, the business must be booming, and the same can be said for Naomie Olindo's net worth.

Moreover, the businesswoman is also very fond of traveling and often shares pictures of her beautiful travel destination on Instagram. Clearly, Naomie has amassed a considerable fortune that is enough to support her lavish lifestyle.

In addition, the star also has sponsorships with unique brands such as Brookline, Rocksbox, and LifeOmic. Her sponsors must have contributed a lot to her fortune. Although Naomie has made herself a successful career, she still has a long way to go.

In the future, Olindo might get even more sponsors and partnerships which will help her grow her career and surpass her current net worth.

Who is Naomie Olindo's Boyfriend?

Being a part of reality television frequently brings the lives of those featured in the show into the spotlight. In fact, the main reason why Naomie was involved in that show was that her then-boyfriend, Craig Conover, was a lead star in Southern Charms.

Naomie first met her ex-lover at the College of Charleston when he was a senior, and she was a freshman. Even though the pair met during their high school day, they did not hit it off back then. However, the ex-couple reconnected much later and only then started dating each other.

Olindo's relationship with her ex-boyfriend was very public and very problematic, to say the least. So after dating for four years, the lovers called it quit in 2017.

Following her split, Naomie began dating anesthesiologist Metul Shah and introduced him on her Instagram in 2018. The now broken-up couple seemed very much in love and often appeared on each other's social media pages. Although the pair was not hesitant to show their affection openly, they did keep the details of their love life very private. 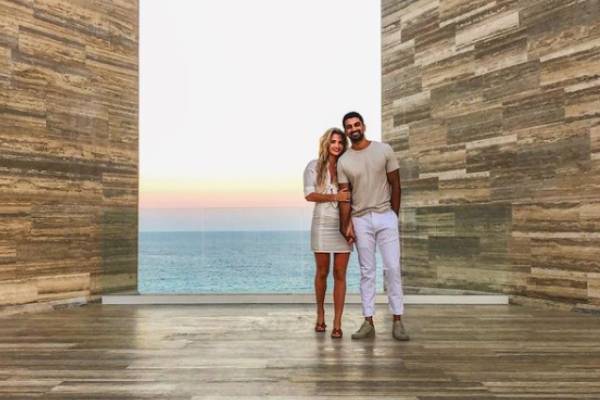 Naomie learned valuable lessons from having a public romance end in tears and wanted to keep her boyfriend as far away from the show. She wanted to respect his privacy and protect their relationship from prying eyes. Moreover, fans were expecting Naomie Olindo's then-boyfriend to propose & the pair marrying in the coming days since their connection was strong.

Even though Naomie and Metul appeared to be having the time of their lives traveling to different countries, the couple broke up just a few weeks after moving in together in New York.

Although the reason for their break has not been revealed, there are speculations that Naomie Olindo's boyfriend cheated on her, which spiraled after the star posted an Instagram story about betrayal following their split.

Do you think Naomie Olindo was cheated on, or is it just a story that people misinterpreted?

Nonetheless, after separating from Metul, the Southern Charm star has focused on her career and healing from her heartbreak. So, it might be a while before we get to meet Naomie Olindo's boyfriend. But, we hope she finds success in her professional life.