Joanna Gaines is a tv personality, interior designer, entrepreneur, and author. She became a famous tv star after she and her husband, Chip Gaines, starred in the show Fixer Upper. This show ran successfully for five years.

In these past 12 years, Joanna and her husband have renovated more than 100 houses. After looking at her work in the show, she has gained many admirers for her distinctive designs.

Let us get to know more about our favorite interior designer, Joanna Gaines.

Joanna Gaines, a famous television star, was born on April 19, 1978, in Kansas. She is the middle child of Nan Stevens and Jerry Stevens. Our favorite designer is half Korean and half Caucasian as her mother is Korean, and her father is one-quarter German and one-quarter Lebanese.

Joanna is very close to her parents, and she admires them for having such a long, strong relationship even after many obstacles. Joanna Gaines's parents must be very proud of her for achieving such massive success in life.

Although she has very loving parents, Joanna's childhood was not quite great. She was bullied for being half Asian. As a result, she didn't have many friends. However, her eldest sister, Teresa Criswell, and younger sister, Mary Kay McCall, never made her feel alone. Joanna Gaines's siblings were her best friends. Even now, looking at her social media, it seems they have a strong bond. 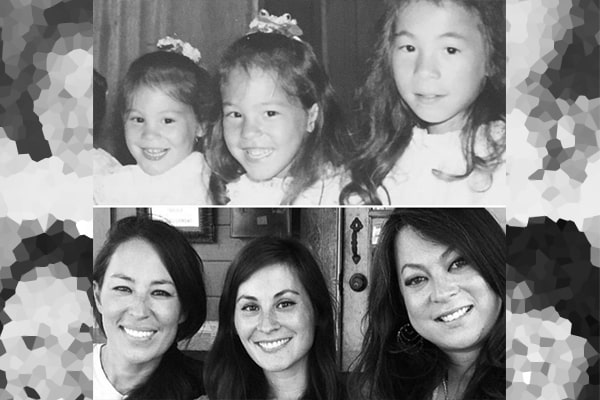 Moreover, Joanna has also renovated the house for her younger sister, Mary, who she calls Mikey. Just like Joanna, Mikey also has a big family. Likewise, her big sister has her own show, Let's Talk with Teresa Ann, on YouTube. All of them support each other and are always there for each other.

Being such a great designer, one might think Joanna has got a degree in design. However, she graduated from Baylor University with a bachelor's degree in communication in 2001. At that time, Joanna wanted to become a journalist. So, she went to New York to do intern in 48 Hours.

Joanna Gaines Net Worth And Earnings

Even though Joanna started her career as an intern in 48 Hours, she soon realized she didn't want to be a journalist. Hence she decided to leave New York and go back to Texas. After coming back to Texas, she started working at her father's tire shop. Although Joanna's dad wanted her to take over his business after his retirement, Joanna wanted to do something creative.

Thanks to her this decision, she became an interior designer, and now Joanna Gaines's net worth is $10 million.

Although she is a successful businesswoman, the road to her success was not that easy. Initially, she and her husband were not financially well enough. So, to help her husband financially, Joanna decided to pursue her dream, and soon she opened Magnolia Market, which used to sell housewares, decor, and clothing accessories. Unfortunately, although the shop was becoming successful, she closed the shop to take care of her two kids.

After closing the shop, Joanna and Chip started working on constructing and renovating houses. Moreover, she also posted her designs online on her blog. The executive of HGTV saw those designs, and they were offered a show, Fixer Upper, which first aired in 2013. 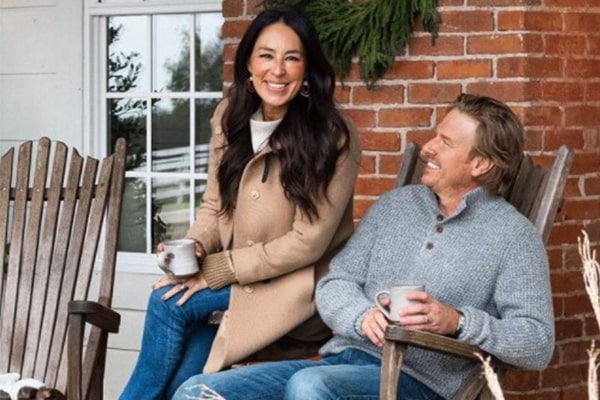 Joanna Gaines became popular after she did a tv show with her husband. Image Source: Magnolia's Instagram.

For five years, the show ran successfully, and Joanna won the hearts of millions of people with her incredible work and her down-to-earth nature. Joanna and Chip earned an average of $30,000 per renovation in the show, and with 79 episodes, they must have generated at least $2.3 million from this show.

Moreover, the couple was also paid an undisclosed fee for their appearance by HGTV. Their fee might have been smaller in the earlier seasons, but Joanna Gaines's salary must have seen a significant rise in the following years with their increasing popularity.

In 2018, Joanna and Chip decided to end their show. Their decision broke the hearts of many fans who loved seeing this couple on the show. Even though they took a break from the TV industry, they successfully ran their business, including Magnolia Homes, Magnolia Realty, Magnolia Market, Magnolia Seed & Supply, and Silos Baking Co.

Talking more about their business, Magnolia Homes is famous for selling beautiful home decors. Similarly, Magnolia Realty is a popular site for buying homes decored and constructed by Joanna and Chip.

Moreover, The Magnolia Market, located at Silos, has many retail stores such as Silos Baking Co., which sells bakery items, Magnolia Press, a coffee shop, Magnolia Table, a restaurant. The open surrounding in Magnolia Market is also a famous tourist destination where families come to relax.

Initially, Joanna found it challenging to maintain her work life and personal life as she became pregnant with her fifth child. However, with continuous support from Joanna Gaines's husband, she was able to overcome this challenge.

Furthermore, as the owner of the successful Magnolia business empire, Gaines must have made millions per year.

Earning As An Author

Not just a successful businesswoman, Joanna is also a very successful author. She has written many books about her life journey and her cooking skills. She has also written a children's book where she has talked about her bullying and self-esteem.

Following are some of her famous books along with their prices:

TThese books, as mentioned above, have been liked by many people. Just like her show and business, her books are also top-rated. There's no doubt that Joanna has collected a reasonable sum from her writings as well.

After almost three years, Joanna and her husband are coming back to the TV. However, this time they have their own channel, Magnolia Network. There are currently 12 shows in this channel, which will mainly focus on food, design, garden, and wellness. Moreover, Joanna will be seen on some of the shows. Fans are eager to see them on tv again.

With such a good reaction from fans, the channel is likely to be successful in the coming years. Accordingly, with the success of their network, Joanna Gaines's net worth will surely increase in the upcoming days.

Joanna Gaines married Chip Gaines on May 31, 2003. They met each other when Joanna used to work in her dad's tire store. As opposites attract, although both have polar opposite personalities, this pair has been happily married for 18 years. In many interviews, Joanna Gaines's husband is seen saying Jo (Joanna) keeps him grounded.

Joanna has been living in a farmhouse in Waco, Texas, with her family since 2012. Furthermore, the lovely couple has five kids: three sons and two daughters. 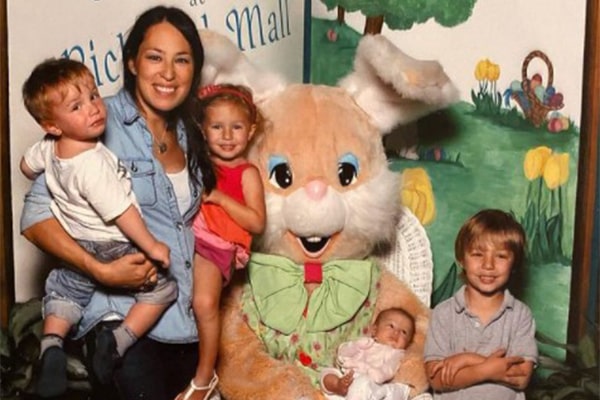 Joanna and Chip are strict parents as they give i-pads to their children for a limited time. They want their kids to be humble and creative. Nevertheless, Joanna Gaines's children are living a very comfortable life. Despite running such a business empire, Joanna always manages time for her children, which shows how good of a mother she is.

With each passing day, Joanna and her husband are expanding their business and gaining more fame. We hope that just like their show, Fixer Upper, their channel may become the most popular channel. All the best to our favorite duo for their future.