Grant Cardone, a successful and influential businessman is notably known as a person who went from being poor to becoming a multi-millionaire. Today, the business owner has over $2.1 billion in assets under his company Cardone Capital. Furthermore, Grant has also been listed as one of the top social media business influencers globally.

In addition, he is also the founder and CEO of Grant Cardone Enterprises and Grant Cardone Sales Training. The business owner is also the New York Times bestselling author of many books such as The 10X Rule, Sell or be sold, Be Obsessed Or Beel Average, Sell to Survive, If You're Not First, You're Last, etc. Let us know more about Grant Cardone's biography and career.

Grant Cardone was born in Lake Charles, Louisiana, on March 21, 1958, Grant's father, Curtis Louis Cardone, died when he was just ten years old. He was raised by his mother, Concetta Neil Cardone, alongside his twin brother and three other siblings. Grant's mother had to support five children on her own without any education or work experience but managed to raise successful individuals. When he was 20, he lost one of his brothers, which added more loss and grief to his life. 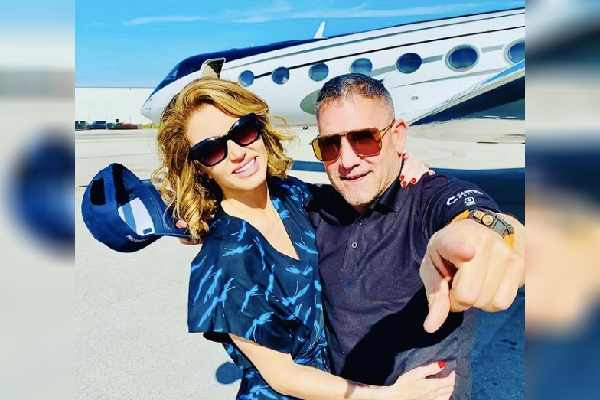 Grant Cardone was a broke drug addict before he decided to turn his life around. Inage Source: Grant's Instagram.

Living under poor conditions and without a father figure in his life, the young man started to hang around bad companies and soon got addicted to drugs. Though the realtor has not shared much information regarding his older siblings, his twin brother's name is Gary Cardone.

Well, Grant attended his local LaGrange High School in Lake Charles and went on to study at the McNeese State University in 1979. The business counselor graduated from the college with a degree in accounting in 1983.

Following his graduation, Grant started working in a car dealership but was having drug problems at the time. He was even robbed at gunpoint, beaten up, and required numerous stitches that even his mother couldn't recognize him in the hospital. Coming out from the hospital from his recovery, he joined a rehab program to overcome his drug habit and started to stay away from bad influences.

After coming out of the rehab, the business counselor decided to turn over a new leaf and focused on achieving success.

As mentioned before, Grant Cardone's first job was at a car dealership, where he learned to attract customers and finalize deals. Regardless of his Accounting degree, jobs were minimal at the time, with an unemployment rate of 24%. Though Grant seldom talks about his first job, the American tycoon believes that the thing he hated most became the gateway for the rest of his life. His car dealership experience taught him a lot about sales and about influencing people, eventually becoming one of the best car salesmen in the country.

Having a decent job and a good income through his commissions and car deals, Grant started saving every penny he could to start an investment company. He started his real estate business by buying affordable single-family homes and making more profit in his career. Soon after his company started booming, the millionaire went on to host sales seminars and started coaching other people to sell their business. Grant Cardone went from being broke at 25 to making his first million at 30 years old. Following his business success and years of hard work, he went on to earn a lot more money through his good investments.

In addition to his successful career, Grant Cardone has also published many books about his business journey and ideas for successful product sales. As mentioned before, the multi-millionaire is also one of the New York Times best-selling authors. Some of his works as an author are, The 10X Rule, Sell or be sold, Be Obsessed Or Be Average, Sell to Survive, If You're Not First, You're Last, and many more.

Alongside being a business tycoon, the counselor is also a professional speaker on leadership, entrepreneurship, and real estate investing. Grant Cardone is also a social media influencer and a financial advisor. The realtor also started a media production business called 10X following his book The 10X Rule's success.

The professional public speaker has also appeared on an episode of Undercover Billionaire 2021, partnering alongside Matt Smith to open a promotion and marketing company while also investing in real estate. The show is available for streaming on Discovery Plus and airs Wednesday evenings. His appearance on the show must have definitely earned him a considerable sum of money.

The American tycoon is also the founder of Cardone University, which is an online sales training course that has over 50 million users and is increasing every day. Grant Cardone's university provides training, books, online classes, and software programs to teach its users how to grow their business through various mediums. Grant's success in his diverse business field has helped him increase his net worth significantly.

Grant Cardone Net Worth and Earnings

According to Celebrity Net Worth, Grant Cardone's net worth is estimated to be $300 million. Cardone Capital has a record of transactions worth $425 million and owns over $500 million in property investments. In 2012 the company owned over a thousand properties for $58 million. Today Grant's real estate firm is worth $2.9 billion. Cardone's determination to become successful has made the business tycoon a multi-millionaire.

Aforementioned, he is also a business counselor for various car manufacturers and dealers in the United States, which has also been a major source of income in his early business days. The counselor has also worked with almost 200 companies from the fortune list. Grant Cardone has also written seven books alongside thirteen best-selling online business programs, which also helps Grant earn a considerable amount of money. Here are a few of his books alongside their prices with reference to Grant Cardone's online store.

The business tycoon is also a social media celebrity with over 3 million followers on his Instagram and 1.5 million subscribers on his YouTube channel. According to Social Blade, Grant's YouTube channel generates has estimated earnings between $5.1K to $82K per year. The total earnings from his social handles are also a major source of income for the business tycoon.

The social media influencer also earns a certain amount of revenue through his content. Looking at Grant Cardone's successful investments and business, it would not be an understatement to think that Grant Cardone's net worth will surpass the current figures in a few years.

Grant Cardone is married to Elena Lyons, a famous Spanish-born actress, and a former model. The beautiful couple met in 2003, where the business tycoon fell in love instantly, though Elena wasn't very sure about a relationship at the time. However, the multi-millionaire managed to convince his then-girlfriend and the lovely couple got married a year later.

Along with her profession as an actress, Grant Cardone's wife Elena is also an event producer, public speaker, and author. She has appeared on famous TV shows like Saved by the Bell: The College Years, CSI, Days of Our Lives, The Young and the Restless, Two and a Half Men, etc. According to Net Worth Post, Grant Cardone's partner Elena Lyons's net worth is estimated to be $3 million.

Grant Cardone and his wife have two beautiful children named Scarlett Cardone and Sabrina Cardone. The lovely duo's eldest bundle of love, Sabrina, was born in 2009, followed by their younger daughter Scarlett in 2011. The American businessman loves his wife and children and adores them very much. The business counselor has even asked his daughter Sabrina to speak to his audiences at one of his 10X Growth Conferences to teach them the business path from a young age. 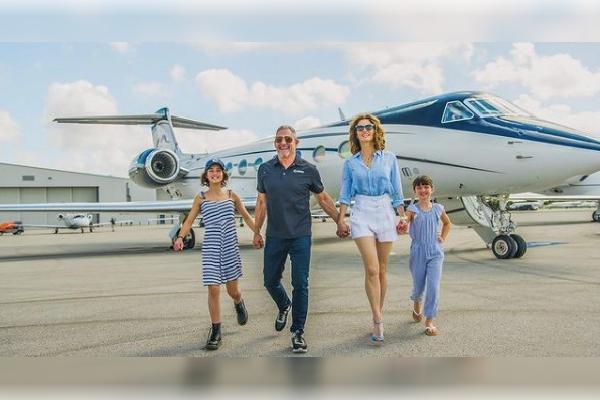 Grant Cardone's daughter, Sabrina Cardone, has over 22.8K followers on her Instagram. Looking at Grant's daughters, it seems like they might step into their parent's shoes someday and become pretty big hotshots themselves when they grow up. For now, we hope the multi-talented businessman, counselor, husband, and father of two to lead a comfortable and successful life.