Jared Isaacman is an American businessman and a decorated pilot who is going on a SpaceX mission to orbit the earth. Photo Source: Social Media.

Jared Isaacman is an American billionaire businessman, entrepreneur, philanthropist, and an accomplished civilian pilot. He is the founder and CEO of Shift4 Payments and also co-founded Draken International. Besides, he is involved in aeronautical practices and contributes some of his earnings to charities too.

Born on February 11, 1983, Jared Isaacman is the youngest child of his parents. His father, Donald Isaacman, is the Chairman of Shift4 Payments. As for Jared's mother, she wanted him to finish his SATs and keep the college education in horizon. It is reported that Jared's parents helped him to run his business when he was just 15 years of age. Apart from his parents, Jared also had a grandfather who would then provide him financial aid in his early years.

Being the youngest one among his siblings, Jared was also the last one to start his career in the family. The eldest, Marc Isaacman and Tiffany Isaacman were working on their respective field when Jared was still in his high school. Jared's third eldest sibling, Michael Isaacman, was about to buy a house while Jared was in his teens. "I was very motivated to get their lifestyle and not very motivated about high school life", states Jared in an interview with Forbes.

Jared Isaacman has had a diverse career in his life. From a jet captain to a successful businessman, his investment portfolio is an impressive outline of his works. Let's peek into Jared Isaacman's diverse portfolio.

In 2018, he rebranded Harbortouch as Shift4 Payments, which grew into the leading provider of integrated payments and technology solutions specializing in Hospitality and F&B. Jared's elder brother, Michael Isaacman, is the Chief Commerical Officer at Shift4 Payments.

In 2011, Isaacman co-founded Draken International. Based in Florida, the company is a leading provider of mission-critical military flight services. The company now operates the world's largest fleet of private fighter jets.

In 2019, Isaacman sold the majority of his Draken's stake to a firm.

In February 2021, Jared Isaacman announced that he would be commanding the first all-civilian space mission in association with Elon Musk's SpaceX, which is expected to launch in October. 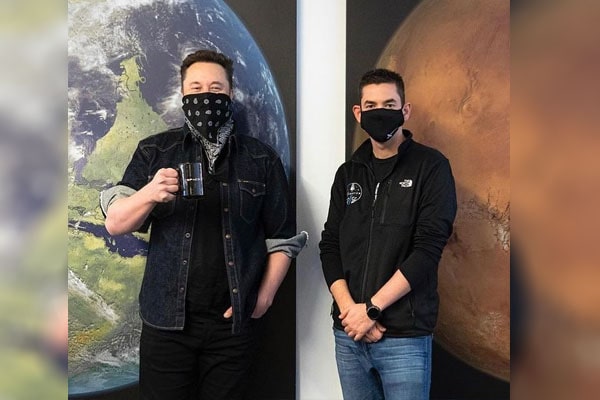 Having a childhood dream of space travel, Jared will soon fulfill his ambition to be an astronaut with three other civilians. Musk even told NBC News that Isaacman is a"pioneer."

Net Worth Of Billionaire Jared Isaacman

The tech entrepreneur started his first business at the age of 15. Since his first venture, he has come a long way in his career. He has earned a fortune and is enlisted among the world's prolific billionaire crew in the process. Let's learn about Jared Isaacman's net worth and his earnings.

According to Forbes, Jared Isaacman's net worth is about $2.3 Billion as of March 3, 2021. So, how did a teenage tech geek paved his way through the billionaire dollar mark? It all began with a check from his grandfather.

In the late 90s, Isaacman received a loan of $10,000 from his grandfather to run his first business in his parents' basement. The company was named United Bank Card, which is now known as Shift4 Payments. He began to earn by selling credit-card terminals, and by 2003, he had enough money to repay his grandfather's loan and expand his company in new dimensions.

In 2008, Harbortouch, the futuristic touchscreen that combined a cash register and a credit card terminal in one device, was formed. Within a decade, the company was already generating $300 million in revenues while processing $11 billion a year from 60,000 merchants.

Today, Shift4 Payments processes $200 billion worth of transactions annually, generating more than $700 million annual revenue. With a substantial amount of earnings from the 48% stake in the company, Isaacman's net value has skyrocketed in recent times.

The entrepreneur has also invested a good amount of money in Draken International. The company is the world's largest private fleet of military aircraft consisting of 100 jets, including Douglas A-4 Skyhawks, Atlas Cheetahs, and Aero L-159s. It is reported that Isaacman collected a small fortune training air force pilots through the company. In 2019, he sold a 53.7% stake in the business for $279 million in equity and debt. He then used the sum to buy MSI for around $250 million.

Billionaire Jared Isaacman's profound intellect for tech investments has undoubtedly earned him a place in the World's Billion dollar club. Let's see if Isaacman's net worth would surge or plunge in the upcoming days.

Apart from entrepreneurship, Jared Isaacman has also put his focus on philanthropic endeavors. Some of his notable charity works are:

Having earned millions of dollars from his investments, Isaacman boldly spends his money for good causes too.

Married And A Father Of Two Daughters

Jared Isaacman is indeed a high-profile billionaire, but little is known about his family and relationships. However, digging inside the webs, we found that Jared Isaacman's wife's name is Monica Chacana (Isaacman). It is reported that the couple was in love long before their marriage. Although Jared and his wife have shared hardly any information about their married life, he has spoken about his two daughters in some interviews. 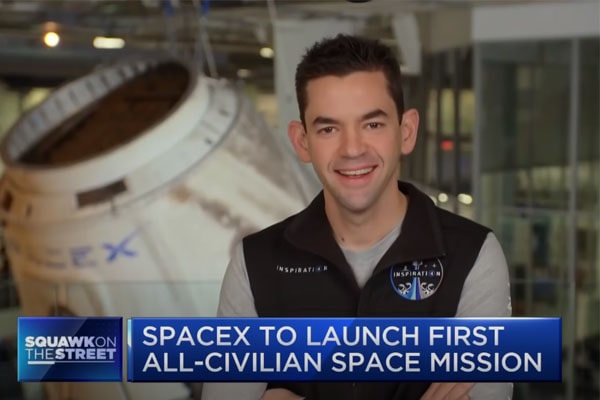 Having a billion-dollar bank balance, Jared Isaacman is assumed to have fancy cars, luxury lifestyles, big houses, etc., by the fans. But, as for our knowledge, the Isaacman family lives ordinary lives in Washington Township, Warren County, New Jersey. According to some sources, Jared and his wife are also building a home in Lower Nazareth Township for their family of four.