The American professional ice hockey center player, Vincent Trocheck, plays for the Carolina Hurricanes in the National Hockey League. The Pittsburgh native rose to prominence after being drafted 64th overall by the Florida Panthers in the 2011 NHL Entry Draft.

Since his debut in the NHL, the celebrity athlete Vincent has mesmerized millions of ice hockey fans worldwide with incredible plays inside the rink and a brilliant presence of mind. As a result, hockey enthusiasts are eager to learn more about this powerhouse's personal life.

Today, we take a look at Vincent Trocheck's biography and discover interesting facts about him.

Vincent was raised in the neighborhood by his parents, Vincent Trocheck Sr., and Rita Trocheck. Similarly, the athlete is the eldest child and has two younger sisters: Desiree Trocheck and Nina Trocheck.

Vincent spent his entire childhood in his hometown, watching Pittsburgh greats such as Jaromír Jágr and Mario Lemieux play ice hockey together. The duo's excellent puck control and amazing plays inside the rink enthralled him.

Consequently, Vincent developed a natural affinity for the game of ice hockey. Hence, he expressed his desire to play the game when he was just an infant. 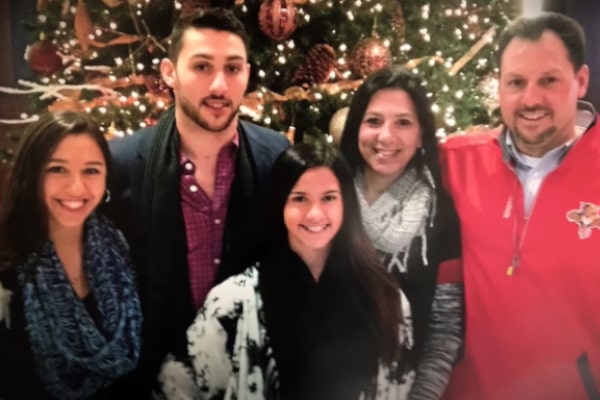 Vincent Trocheck's parents supported his passion for ice hockey and encouraged him to pursue his dreams from a young age. Photo Source: Social Media.

After participating in the 2006 Quebec International Pee-Wee Hockey Tournament with the Pittsburgh Hornets, young Vincent had to sever his ties with the team as his family relocated to Detroit, Michigan. As such, he joined the Detroit Litte Caesars organization when he was 13 years old.

Vincent provided a ferocious performance for his team in his debut season, leading them to numerous victories. Top industry scouts were impressed by this young talent. As a result, Trocheck was selected for the CHL Top Prospects Game, an annual event in which forty of the top NHL Entry Draft eligible prospects play against each other.

Selection In The NHL Draft

The celebrity athlete Vincent's professional career got a breakthrough when he was drafted 64th overall in the third round of the 2011 NHL Entry Draft. Following his draft, the Pittsburgh-native signed a three-year entry-level contract with the Florida Panthers.

Trocheck spent his 2012-13 season playing for the Saginaw and Plymouth Whalers. His outstanding play was recognized here, securing him a place on the OHL's first All-Star Team. Vincent played his next two seasons for the Panthers' AHL affiliate team, the San Antonia Rampage.

Although Trocheck debuted in the NHL during the 2014-15 season, he was not considered a full-time player on the team's starting roster. It was not until the next season that Vincent solidified his position as a valuable player and was recognized as a permanent member.

Throughout the 2015-16 season, Trocheck mesmerized the viewers with his exceptional control over the puck and brilliant presence of mind inside the arena. He scored 53 points (25 goals, 28 assists) in 76 games, helping the Panthers lift the trophy of the Atlantic Division.

Afterward, Vincent signed a six-year deal with the Florida Panthers on 3rd July 2016. A year later, he set his NHL career-high in goals (31), assists (44), and points (75). His incredible performance earned him a place on the 2017 NHL All-Star Game roster. 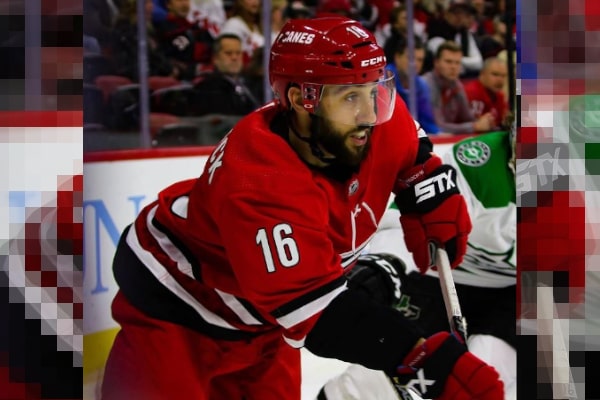 After being picked 64th overall by the Florida Panthers in the 2011 NHL Entry Draft, Vincent Trocheck spent seven seasons with the team, aiding them to numerous victories. Photo Source: Vincent's Instagram.

Unfortunately, Vincent's first gruesome injury came on 19th November 2018 against the Ottawa Senators. The budding star clashed with Ryan Dzingel and fell awkwardly, twisting his ankle underneath him. Although Trocheck returned after 24 games, fans saw a significant deterioration in his performance.

On 24th February 2020, the Florida Panthers traded Vincent in a five-player deal despite his continuous solid performance, hoping to revitalize their playoff hopes. Trocheck was traded to the Carolina Hurricanes for Erik Haula, Lucas Wallmark, Eetu Luostarinen, and Chase Priskie.

Some other ice hockey players who have found immense success in NHL are Johnny Gaudreau, Ryan O'Reilly, and Jack Eichel.

Vincent Trocheck Net Worth And Earnings

Since his NHL debut in the 2014-2015 season, the American ice hockey center, Vincent, has established himself as a prominent figure in the league. Consequently, many fans across the globe are curious to find out all the fortunes the NHL veteran has amassed throughout his career.

Here, we will look at Vincent Trocheck's net worth and discover his different sources of income. Furthermore, we will break down his seasonal earnings and revenue from contract signings.

Earnings As A Professional Player

During his NHL debut with the Florida Panthers, Vincent reportedly collected cash worth $925,000, exclusive of signing bonuses and incentives. Nevertheless, his annual salary increased tremendously after signing a six-year deal with the Panthers in 2016.

Trocheck's agreement with the Panthers was valued at a monstrous $28.5 million. Additionally, he was guaranteed an annual payroll of $4,750,000 along with bonus funds.

Looking at the table, one can easily say that Vincent Trocheck's net worth is in multi-millions.

Earnings From Brand Endorsements And Merchandise

For instance, in October 2015, Vincent signed a multi-year contract with STX, a Baltimore-based global sports equipment manufacturer. Even though the precise terms of the agreement were not disclosed, we can safely assume that he generated decent wealth from the agreement. 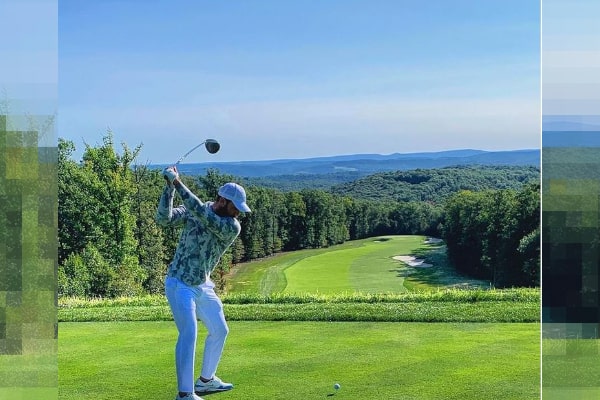 Likewise, Vincent has collaborated with a merchandise company and released his own official merch of clothing apparel.

Some of the items in his collection are listed below:

As of 2021, Trocheck has not revealed any information about his mass collection of assets. But, we can be pretty confident that he spends his days lavishly thanks to his sizable income.

In A Lovely Marital Relationship And Father Of Two Children

The dark-haired player Vincent Trocheck is a married man and has a wife named Hillary Trocheck, a native of Michigan. As previously stated, Vincent moved to Detroit, Michigan, when he was 13 years old. It was at this time that the couple met and brewed a romantic relationship.

While studying in Detroit, young athlete Trocheck met Hillary and found an immediate connection. Afterward, the duo engaged in an intimate relationship and dated for a while.

Unfortunately, the couple's innocent love abruptly ceased after Vincent moved to a different state to advance in his career as a professional athlete. Nevertheless, the pair were meant to be together as fate brought them together once again.

After graduating from school, Vincent Trocheck's wife, Hillary, got in touch with him. Their long-time reunion rekindled their old love and sparked flames of affection. As such, the duo continued their past affair. 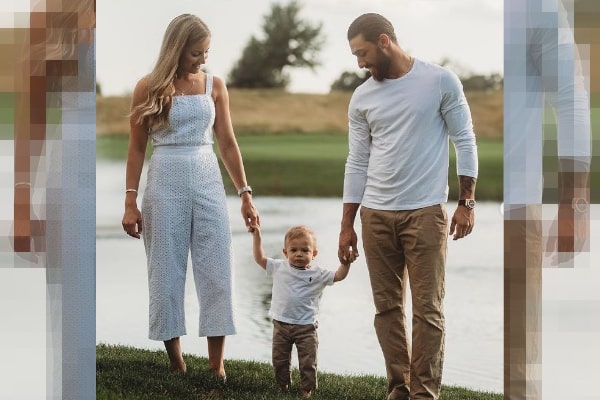 The American athlete, Vincent Trocheck, is married to his long-time partner and girlfriend, Hillary Trocheck, and has a son named Leonardo. Photo Source: Vincent's Instagram.

Vincent and Hillary welcomed their first son on 27th June 2018 and named him Leonardo Trocheck. They also have a daughter named Lennon Trocheck.

However, it was not until 2019 that the pair got married. In October 2019, Vincent tied the wedding knot with his long-time love and girlfriend, Hillary.