7 Richest Skateboarders in the World and Their Net Worth

Home Featured Articles 7 Richest Skateboarders in the World and Their Net Worth.

Skateboarding, an action sport that originated in the US, involves riding, performing tricks while on a skateboard. While numerous people around the world use skateboarding as a recreational activity, it has also evolved into a lucrative professional sport.

As one of the most popular professional sport in the US and the world, skateboarding is now a billion-dollar market. It was also announced that skateboarding would be added to the Olympic Games in 2020.

There are several skateboarders who have found and amassed a fortune through the sport. So, here are the 7 richest skateboarders in the world and find out how they managed to accumulate their wealth.

Tony Hawk, born Anthony Frank Hawk, is one of the most well-known skateboarders worldwide. He started his skateboarding journey in 1982 and then retired from the professional aspect in 1999. However, Hawk is still involved in the business aspect of skateboarding. He established the skateboard company, Birdhouse and also released several video games starring many pro skaters.

According to Celebrity Net Worth, Tony Hawk's net worth is estimated to be around $140 million making him the richest skateboarder in the world. Tony is also one of the most decorated professionals and earned millions of dollars during his career through prize money, appearance fees, and endorsements. He reportedly made more than $100K per year as a teenage skater and managed to buy a house for his family when he was a senior in high school. 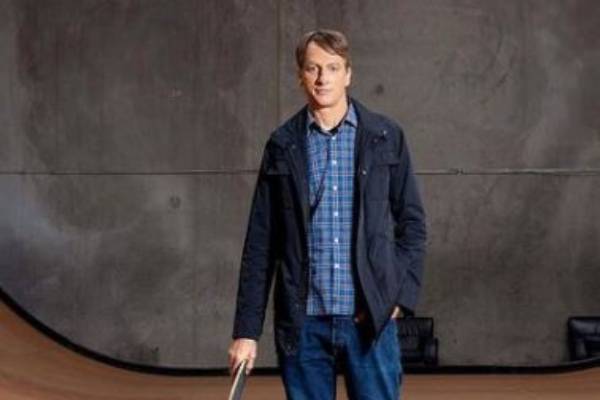 However, Hawk's net fortune has mostly been influenced by Birdhouse, his skateboarding company. The company produces boards as well as other accessories, which are all distributed through Blitz, which was also established by Tony. The American skater also developed skating clothing for kids through Hawk Clothing and has invested in a production company, 900 films.

Tony Hawk's fame and fortune also increased due to the Tony Hawk video game series. The series has reportedly made $1.4 billion as of 2020, making it one of the most successful ones of all time. All of these ventures has helped Tony Hawk become the richest skateboarder.

Former skateboarder Rob Dyrdek is one of the most successful individuals in the game. However, he is also known for his work as an actor, reality TV personality, entrepreneur, and producer. Dyrdek has found fame not only from skateboarding but also through several animated series. He was once labeled as one of the most influential skateboarders of all time.

As per Celebrity Net Worth, Rob Dyrdek's net worth currently stands at $100 million. During his skateboarding career, he earned a considerable sum as he was sponsored by popular companies like DC Shoes, Monster Energy, EA Skate, and Silver Trucks. Furthermore, having won several tournaments himself, Rob founded the now-popular competitive series Street League Skateboarding (SLS). Today SLS is one of the most popular skateboarding competitions and provides the largest monetary prize in the history of sports. 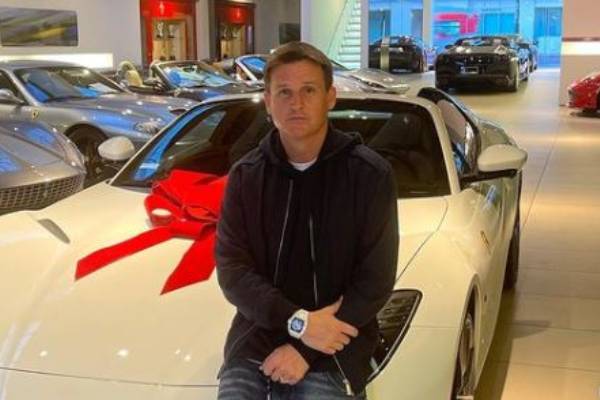 Besides skateboarding, Rob Dyrdek has also found success in the world of entertainment. He has starred in several reality shows as well as video games. He also made numerous movies, tv-series, and documentaries through his production company, Superjacket Productions. Earnings from all of the sources have helped Rob Dyrdek become the second richest skateboarder in the world.

While Shaun White is best-known as Olympic gold medalist snowboarder, he is also a decorated skateboarder. Before finding fame as a snowboarder, White was a skateboarding prodigy who Tony Hawk trained. He was one of the most successful young skaters and won numerous titles, including Action Sports Tour Champion and X Games. Through the tournament prize money and sponsors, Shaun made a significant amount from his skateboarding career.

However, Shaun White's net worth of $60 million is heavily influenced by his career in snowboarding. He has participated in four Winter Olympics to date and won three gold in the snowboard halfpipe event. Having gained much fame due to his Olympic wins, Shaun has been sponsored by numerous high-profile companies. He reportedly signed a ten-year multi-million dollar endorsement deal with Burtin Snowboards in 2009. 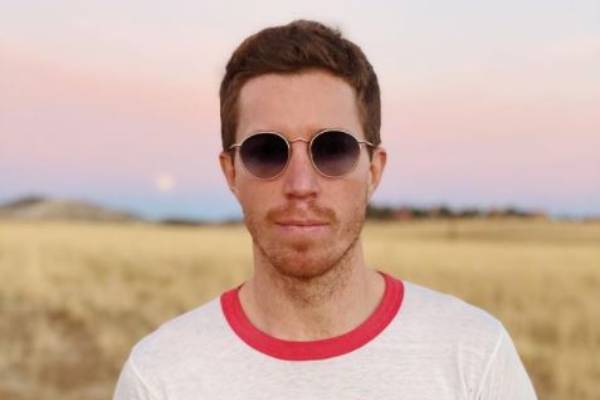 Shaun White made millions through his career as a skateboarder and snowboarder. Image Source: Shaun White Instagram.

Furthermore, the American snowboarder and skateboarder is endorsed by companies like Hewlett-Packard, Ubisoft, Oakley, and Target and also has a close relationship with the energy drink company Red Bull. His estimated yearly earnings from these endorsement deals are $10 million. And even though he has not returned to skateboarding for years, his earnings as a skateboarder have helped Shawn gain a spot on the list.

Next on the list is American professional skateboarder and entrepreneur Jamie Thomas. He is nicknamed "The Chief" in the skateboarding industry due to heavy investments as well as his authoritative personality. Thomas started skating as a young boy and won his first skateboarding competition in 1991. Since then, Jamie managed to not only wow audiences in the events but also clinched numerous titles.

Much of Jamie Thomas's net worth of $50 million comes from his role as a skateboard industry entrepreneur. He is the founder of Fallen Footwear, one of the most popular skateboarding footwear and apparel lines. He announced the closure of the company in 2017 and then joined STRAYE footwear. 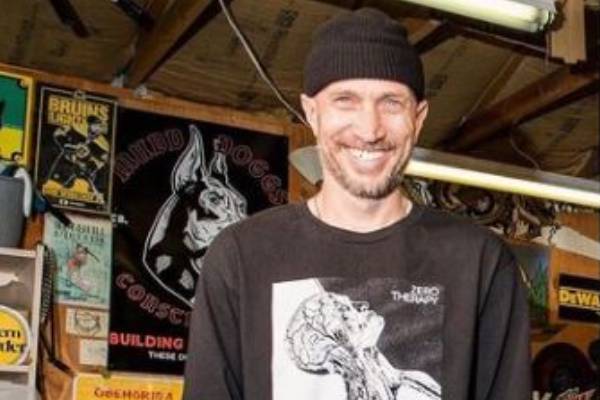 Jamie Thomas also established the famous skateboard company Zero Skateboards. Since 2016, the Alabama-native has been operating the company independently. Due to this move and several other investments, Jamie Thomas has managed to become one of the richest skateboarders.

The American skateboarder Rodney Mullen's net worth is estimated to be $30 million, which lands him in our list of 7 Richest Skateboarders. He is also one of the most influential skaters in history, having invented many of his own moves that are still popular among the new generation. Mullen won numerous skateboarding competitions and pocketed a significant amount as prize money.

In addition to the prize money, Rodney was also sponsored by various companies, including Powell Peralta. He has also published his autobiography, The Mutt: How to Skateboard and Not Kill Yourself, which was well-received by his fans. In 1989, Rodney became the principal investor of the skateboarding company World Industries. He then started his own company, the A-Team, with several other skaters. 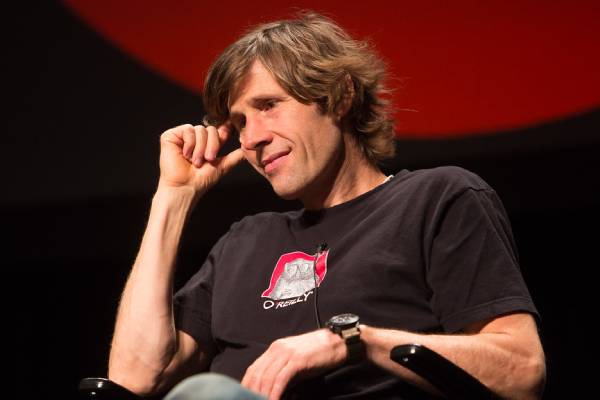 Rodney Mullens is one of the richest and most influential skateboarders in the world. Image Source: Flickr.

Rodney Mullens, along with Daewon Song, founded Almost Skateboards. But he only became a multimillionaire after Steve Rocco sold World Industries in 2002 for $46 million. Since then, Rodney has continued to work behind the scene of the skateboarding world but has managed to earn millions making him one of the seven richest skateboarders.

Following Rodney Mullens is Bam Margera, who is not only a skateboarder but also a stunt man, actor, and producer. Bam is best known as one of the cast members of the MTV reality show, Jackass, and also its spin-offs Bam's Unholy Union and Viva La Bam. Margera started his professional skateboarding career in 1998. He gained sponsorships from Toy Machine, Element Skateboards, Volcom, Landspeed Wheels, Destroyer, and several others during his career. 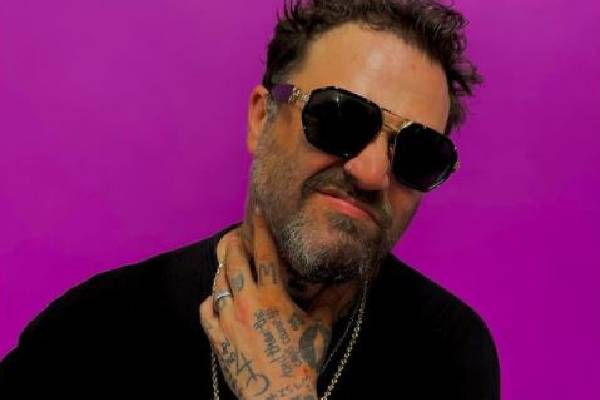 Bam Margera managed to amass a fortune through his career as a skateboarder, actor, and stuntman. Image Source: Bam Margera Instagram.

As per Celebrity Net Worth, Bam Margera's net worth is estimated to be around $20 million. He had made a considerable amount during his time as a professional skateboarder. However, Bam's career as an actor and reality television personality helped increase his fortune to a new level. Margera has 18 credits as an actor, 23 as a director, 20 as a producer, and 22 as a writer. Since many of his projects have been successful, Margera's fortune has also grown substantially in recent years.

Having found success in both the skateboarding and entertaining world, Bam Margera has amassed a fortune of $20 million. This makes him one of the seven richest skateboarders.

The last spot on the list of "7 Richest Skateboarders" is occupied by another American professional skateboarder, Stefan Janoski. He started skating in 1992 and has been endorsed by Nike SB, Official Crown of Laurel, Habitat Skateboards, Venture Trucks, Mob Grip, and Glassy. Therefore, Stefan has managed to amass an estimated net worth of $20 million.

Along with his skills on deck, Janoski is also known for his signature shoe model, Nike SB Zoom Stefan Janoski. The model was reportedly one of the most successful among Nike SB's signature shoes. He has also showcased his artistic side through sculptures, paintings, and photography. 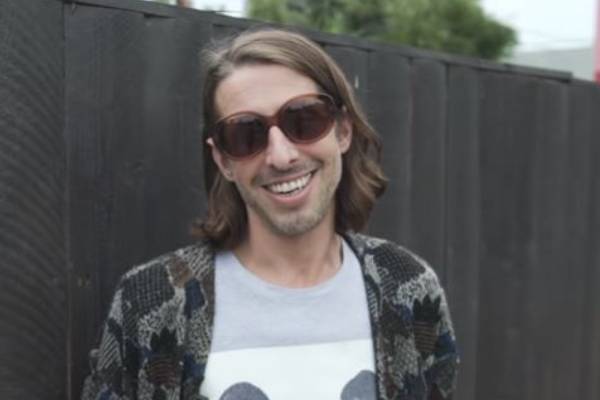 Stefan Janoski earned a fortune as a skateboarder and an artist. Image Source: Social Media.

Stefan Janoski must have earned a significant amount from his work as an artist. And coupled it with his earnings through skateboarding, has helped Stefan Janoski become the seventh richest skateboarder.

In addition to the above-mentioned skaters, the skateboarding world has helped many others to amass a fortune. Skateboarders like Andrew Reynolds, Nyjah Huston, Chad Muska, Paul Rodriguez Jr., and Chaz Ortiz are some of the athletes who have become millionaires due to the sport.