Founded in 1962, Walmart was formerly known as Walmart Discount City and Wal-Mart, Inc., and Wal-Mart Stores. The company is a multinational retail corporation that operates a chain of department stores, grocery stores, and hypermarkets. It is one of the successful retail companies globally, which has been providing affordable products to its customers for more than five decades throughout the world.

Walmart is a public-traded organization that is owned and controlled by the Walton family. It is the world's largest company to accumulate revenue, generating about $559 billion in revenue in 2020. Based in Bentonville, Arkansas, the American company operates its business through its subsidiaries in United States, Canada, Mexico, United Kingdom, Japan, India, Argentina, Chile, and South Africa. Walmart was officially incorporated on October 31, 1969, and the rest is history. Let's learn about the retailing giant, Walmart.

Founder, CEO, and History of Walmart

Prior to opening the first Walmart store, Sam Walton purchased a branch of Ben Franklin stores and later established 'Walton's Five and Dime,' known as Walmart Museum. The American businessman and entrepreneur immediately found success in his first two businesses, which led to Walmart's birth.

On July 2, 1962, Sam Walton founded the first Walmart store known as 'Walmart Discount City Store' located in Rogers, Arkansas. The company expanded to 18 stores in the region within its first five years, accumulating about $9 million in sales.

After a big success in its initial phase, the company was incorporated on October 31, 1969, named Wal-Mart, Inc. The same year, Walmart established its home office as a headquarter in Bentonville, Arkansas. The corporation kept on growing rapidly for the next two decades, with 1,198 stores spread across the country.

In 1988, David Glass was appointed as the new CEO replacing Walton, who remained the Chairman of the board. The company launched its first Walmart Supercenter in the same year in Washington, Missouri. Wal-Mart set out tough competition to its rivals Kmart and Sears with various grocery stores and merchandise supercentres and became the largest retailer in the United States in 1990.

In 1991, Wal-Mart moved on to international markets by opening the first store in Mexico and then Canada in 1994. The company further extended its operations in Canada, Argentina, Brazil, China, Germany, and the United Kingdom. 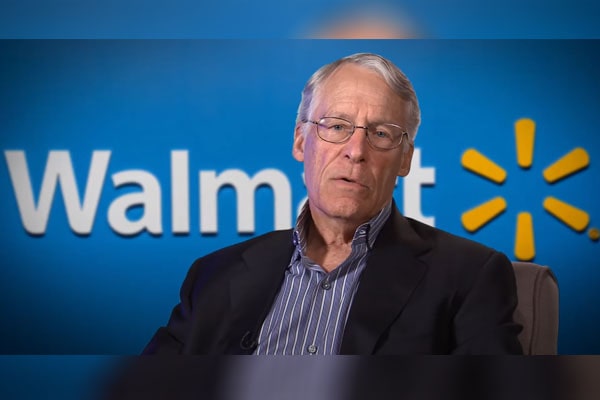 Rob Walton talking about Walmart's Board of Directors in 2015. Photo Source: Social Media.

In 1992, Sam Walton, the founder and chairman of Walmart, passed away at the age of 74. Shortly after his demise, Samuel Robson Walton, also known as Rob Walton, the eldest son of Helen Walton and Sam, became the board's chairman as an heir succeeding on his father's legacy.

In 2000, Harold Lee Scott became Walmart's president and third CEO as the company was still at its peak, generating about $165 billion in annual sales revenue. After two years, it became America's largest corporation on Fortune 500 for the first time, and since then, the company has been on the top of the list for almost every year.

On June 30, 2008, Wal-Mart released a new logo with a symbol that resembles a sunburst or a flower. Despite some criticism, the logo quickly gained fame and has been a renowned business symbol in the modern generation.

In 2009, Mike Duke was appointed as the CEO of the company. The same year, Walmart's annual sales revenue exceeded the $400 billion mark. With such an accomplishment, the company was ready to extend its branches further overseas. In 2010, Walmart launched a joint venture, Bharti Walmart, as its first store in India. 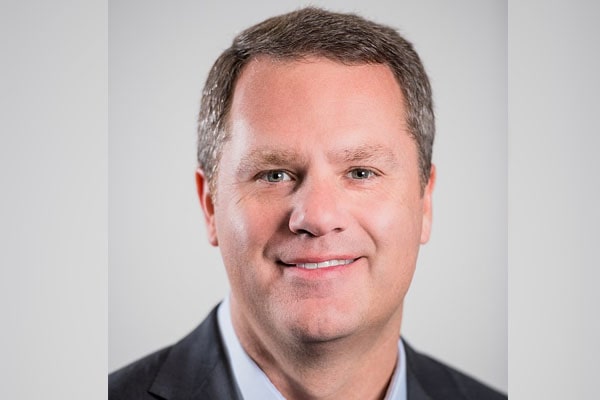 In 2014, Doug McMillon replaced Duke as the new CEO of Walmart. In the same year, Greg Foran became President and CEO of Walmart U.S. In 2015, the company successfully employed 2.3 million workers worldwide and served more than 200 million customers every week at more than 11,000 stores in more than 25 countries. The same year, Rob Walton retired as chairman of the board but continued to serve as a director.

On June 5, 2015, Greg Penner, son-in-law of Rob Walton, was named chairman of Wal-Mart Stores, Inc. Next year, Walmart opened a Culinary and Innovation Center in its headquarter region to develop innovative products. Walmart Pay was also getting popular among its customers since they could easily pay with their smartphones. For the next two years, Walmart acquired numerous businesses such as Jet com, Hayneedle, Moosejaw, Bonobos, ModCloth, and many more. Besides, Walmart also launched Store Nº8 and Project Gigaton to develop retailing innovations and reduce greenhouse gas emissions from its supply chain. In August 2016, Marc Eric Lore was appointed as the Chief Executive Officer and President of Walmart eCommerce U.S.

On February 1, 2017, John Furner became the CEO and president of Sam's Club, a Walmart subsidiary. In 2019, Wal-Mart Stores, Inc. changed its legal name to Walmart Inc. In the same year, in February, Judith Mckenna, a former Asda associate, became president and CEO of Walmart International. The company has successfully sustained its international business through the acquisition of Flipkart in India, divestment of its subsidiaries in Brazil, and merger of Asda and Sainsburys in the U.K.

In 2019, Walmart appointed its subsidiary Sam's Club's head as the new president and CEO of Walmart U.S. In 2020, Walmart updated its employee benefits policy, prioritizing their safety and wages amidst the coronavirus pandemic.

Recently, Walmart launched Fintech and Carrier Pickup to provide more benefits to their customers and employees.

Who Are The Legal Owners Of The Biggest Retail Corporation, Walmart?

Although Walmart was solely owned by a single person in its early years, currently, it has about more than 3 billion shares distributed to different enterprises and individuals. Out of its total outstanding shares, the majority of the shares are owned by the Walton family. Several institutions and trusts also hold some of the shares of Walmart.

According to Investopedia, The major shareholders of Walmart are as follows:

Walton family is one of the richest families in America. Almost half of Walmart's shares are being held by the heirs of the family. Rob Walton, Jim Walton, Alice Walton, Christy Walton, Lukas Walton, Ann Walton, and Nancy Walton Laurie are the heirs to the Walmart fortune.

Just imagine running the biggest retail business in the world. The billion-dollar company, Walmart, has been around since the early 1960s. With more than 50 years of business, Walmart has grown into an exponentially large corporation. As of January 31, 2021, the company officially owns about 11,443 stores and clubs operating in 27 different countries. Furthermore, they also operate in eCommerce, which has significantly widened its earning sources. Following a report published by 2020 Fortune 500, Walmart generated the world's largest revenue amount of $548.743 billion. Walmart's financial trajectory for the last 12 months ending on October 31, 2020, are:

According to Celebrity Net Worth, Walmart's net worth is about $328 billion. As of Walmart's Q4 FY21, it is estimated that the total revenue collected by the company in its first quarter of the year is $152.1 billion, with the net sales amounting to $151 billion. With such enormous income, Walmart's net worth will substantially increase over time.

Being a multinational company, Walmart operates its retailing business globally. While some say Walmart's biggest competitors are other similar department stores and supermarkets but the reality is Walmart perceives everything as its competition. Whether it's a small dollar store or a big eCommerce business, Walmart faces fierce competition everywhere globally.

Globalization has become a way of business in today's world. Being a global brand, Walmart faces tough competition from its prolific global rivals like Amazon, Alibaba, eBay, Ikea, and many more. 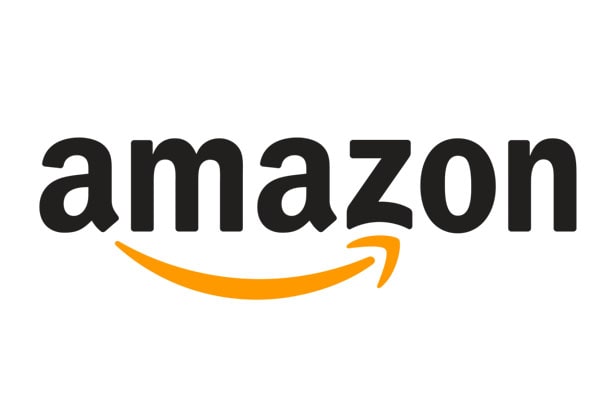 One of Walmart's main rivals or the top competition is Jeffrey Preston Bezos (Jeff Bezos)'s Amazon. Walmart has a bigger physical space and stores, but Amazon dominates the eCommerce business. Although both businesses promote innovation in their strategy, Amazon leads the digital presence while Walmart leads in physical space and retail presence. Being a prime competition of Walmart, Amazon has indeed leveled its game in the last decade through successful online services like eCommerce, Cloud Computing, digital streaming, and artificial intelligence. The rivalry between these two commerce giants has undoubtedly raised eyebrows of the whole world. Let's see who comes out up on top in the next decade.