Motorola Inc was founded on September 25, 1928. In the beginning, Motorola was a telecommunication company that focused on radio systems for governments and businesses and home radios and TV for its consumers. Motorola radios were used during the second world war and the Vietnam war for communication purposes by the U.S military. The tech giant also produced first responders radio and 911 dispatch software, which are used today.

Motorola built the technology that has been to the moon. It has also created some of the most iconic and beloved gadgets of the century. The first phrases from the moon were relayed through Motorola equipment. The brand is also known for being the pioneer for mobile phones as we know them today.

Paul Vincent Galvin and Joseph Galvin were the two founders of the Galvin manufacturing company, which later came to be Motorola. The brothers reportedly paid $750 for the Stewart Battery Company's battery-eliminator plans and manufacturing equipment at an auction. After this, they started their company which is now known as Motorola Inc. 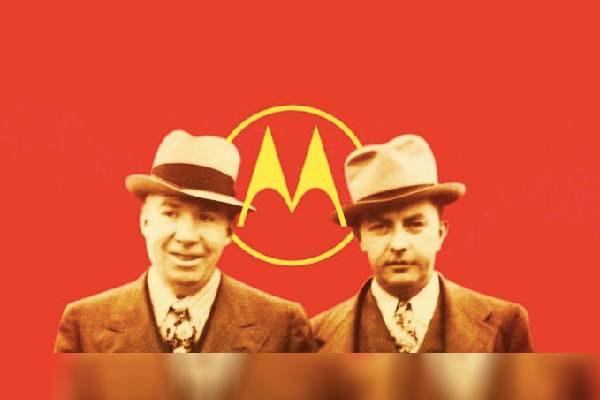 Paul was born on June 29, 1895, in Harvard, Illinois, where he attended the Illinois Institute of Technology. Paul V Galvin served in the military as an artillery officer in World War 1. He passed away on November 5, 1959, at the age of 64.

The multinational company's first product was the battery eliminator, which connected the direct current in battery-powered radios to alternate currents.

The company started selling low-cost vehicle radios called the Motorola. The extension kit for the vehicles became the most popular car option at the time. In 1940, the company developed two-way radio communication devices for the military and the police. The police radio system was established in Bowling Green, Kentucky, that same year.

During The World War, the company upgraded their Handle-Talkie used by soldiers to Walkie Talkie, carried in special backpacks by battlefield soldiers. The device could communicate over long distances and with much less static interference than its AM-based Handie-Talkie. The two-way radio is credited as being a decisive factor in many Allied victories in the war.

In 1943 the company opened its stocks for sale to the public for the first time. The multinational company changed its name from Galvin manufacturing company to Motorola, Inc in 1947.

Motorola introduced the first TV set for under $200 in 1948, which helped the company to obtain 10 percent of the U.S. television market in the next five years.

Paul Vincent Galvin's son Robert Galvin became the president of the company in 1956. Robert shifted the company's interest towards selling directly to business and government.

By 1962, Motorola had more than 4000 different electronic components on the market. They began supplying radio devices to the Mariner missions, U.S. space probes sent to nearby planets without any crew, and later piloted space programs. One of the most unforgettable moments for the company was in the 1969 Apollo mission when Neil Armstrong's voice was transmitted over a Motorola-designed transponder from the moon. In 1965, Motorola and Ford Motor Company, along with the Radio Corporation of America, developed the eight-track tape players for cars.

Motorola released its first microprocessor for sale in 1974. Its computer chips, the MC680oxo series, were used by early Apple Macintosh computers and many other companies. They worked together with IBM Corporation and Apple Computer, Inc to develop the first consumer RISC (reduced-instruction-set-computing) chip, the PowerPC, to compete with Intel Corporations as the leading seller microprocessors.

In 1977, Motorola made a wireless telephone that was able to communicate with the public telephone network. Dr. Martin Cooper made the first private handheld mobile phone, the DynaTAC 8000X, approved by the U.S. Federal Communications Commission. The company later introduced the MicroTAC flip cellular phone, which quickly became a useful personal communication device. The phones' success inspired the development of the Iridium Satellite system, which included 66 small satellites deployed in the low Earth orbit that made communication possible over the planet's entire surface.

In 1991, Motorola manufactured the world's first digital cellular system using the European GSM standard. The company later announced the world's first two-way pager, which allowed users to receive text messages and e-mail could be replied to with a standard response.

Problems started for the company after Iridium proved to be too expensive. The company was also facing heavy losses due to the satellite system and the growing competition. In 1997, Motorola moved the production to a giant factory in Harvard, Illinois. Motorola later moved its phone assembly division to Fort Worth, Texas, after closing its Harvard facility.

After failing to restate the success of its glorious past, Motorola was overtaken by Nokia as the world's leading seller of mobile phone handsets in 1998. The company's handset division recorded a loss of $1.2 billion in the fourth quarter of 2007. By 2008, Motorola had to cut off more than 7000 employees, and a large number of executives left Motorola to work for Apple Inc. 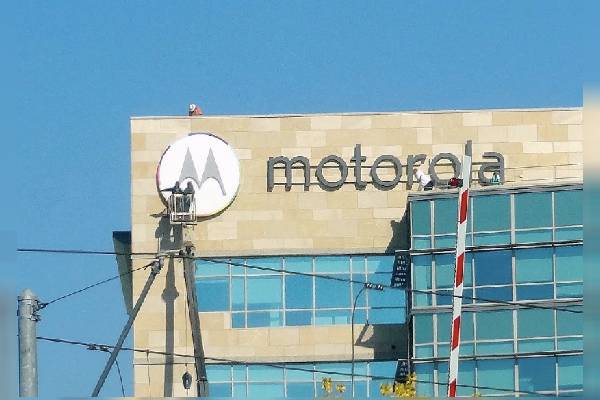 Motorola Inc was sold to Google on 2012 for $12.5 billion. Image Source: Wikimedia Commons.

Motorola also had to sell its Semiconductor Group to a private group in 1999. Their Integrated Information Systems group was sold to General Dynamics Corporation in 2001. By 2007, the company had also sold its Embedded communications Group, which provided products and services to manufacturers in aerospace, telecommunications, and industrial automation

Today, the companies work independently under their new leaders. Motorola was one of the most outstanding companies in America. Paul and his brother Joseph built the company with a vision and environment to invent technologies and solve problems. The current state of the company would be unimaginable 20 years ago during its prime time.

DynaTac was manufactured by Motorola, Inc from 1983-1994 and invented by Martin Cooper after receiving approval from the FCC(Federal Communication Commission). It was the first portable cellular phone with a talkie of 20 minutes after a full charge that took almost 10 hours. Motorola sold it for around $4k in 1984. However, it was still bigger than most cell phone people have ever seen.

It was first released in 1996 and is the world's first flip phone. It was named as the "6th Greatest Gadget of the Past 50 years" by PC World. The mobile telephone gained a lot of consumers after its launch. A total of 60 million units were sold after its release.

The Razr V3 was introduced to the market in 2004. It has a unique appearance and is a very thin handset. The company sold over 50 million Razr units by 2006 and made a profit for the company again after losing money for years. By the next two years, the V3 sold another 80 million units, becoming the best-selling flip phone in the world to this day. 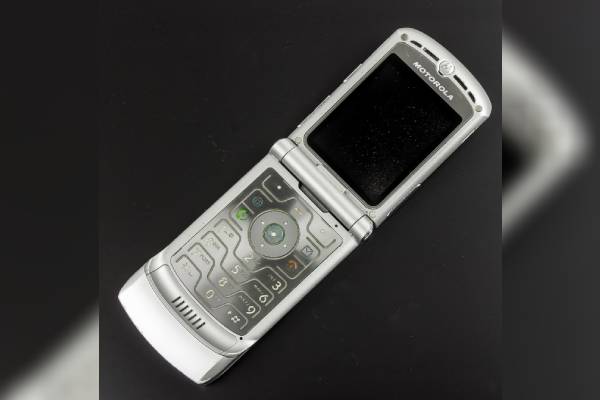 Motorola upgraded it into multiple versions, each with new components for better performance. The mobile company is ready to launch its latest Razr series in the market as of February 6, 2021. The new smartphone could be the cutting edge for Motorola to announce its entry to its market competitors

Unlike many other competitors that have been in the market for a few years, Motorola has not been able to deliver any new functions to stand out in the game. Here is a table to show the smartphone market share in North America, according to Statista.

Motorola has been trying to catch up to its competitors for a long time since its downfall. It did not adapt to the changing smartphone trends and did not understand customer needs, which pushed them out of the market. Motorola continues to update its hardware but has been lacking upgrades in its software.

However, with the new foldable smartphone series set to hit the market in the coming days, we might see a boost in Motorola's market share very soon.