Lukas Walton is one of the heirs to Walton who has also invested in businesses tackling environmental and social challenges. Photo Source:

Waltons are not a new name among the business families of America. To those who don't know, they are one of the wealthiest families in the USA whose fortune primarily comes from Walmart, Inc. and their other endeavors. Lukas Walton is the third generation member of the Walton family.

When talking about Lukas, many might assume him to be enjoying his family fortune. Though he has stakes in Walmart, he has also invested in different ventures and is engaged in other aspects. Furthermore, he is also known for his passion for protecting the environment and philanthropic efforts.

So, are you intrigued to learn about the Walmart heir and his career? If you are, keep reading this short biography to learn interesting facts about Lukas.

Born In A Billionaire Family

The businessman was welcomed into this world by his parents John T. Walton and Christy Walton. He was born Lukas Tyler Walton on September 19, 1986, in San Diego, California, USA. Unfortunately, Lukas Walton's father passed away in a plane crash in 2005. The former was solely raised by his single mother.

Moreover, Lukas Walton's grandparents, Sam Walton and Helen Walton are the founders of Walmart. His uncles, Rob Walton, Jim Walton, and aunt Alice Louise Walton are the current heirs and heiress of the Walmart fortune. Speaking of which, the Walton family's net worth is $247 billion as of 2020.

The San Diego native doesn't have a sibling of his own. Still, he must be close with his cousins, Alice Anne Walton, Steuart Walton, James M. Walton, Thomas Layton Walton, Carrie Walton Penner, Sam Walton, and Ben Walton.

Talking about his educational background, Lukas enrolled at Colorado College after completing his formal education. He studied environmental science and economics at uni and earned his Bachelor's degree in 2010. In addition, he also studied hydrological and geothermal energy and energy efficiency in Reykjavik, Iceland.

Was Diagnosed With Cancer At Three

Losing his father wasn't the only thing Lukas had to go through as a young guy. He was also diagnosed with a rare form of cancer at three. In fact, cancer had quickly spread to his lungs from his kidney.

Lukas Walton's mother, Christy, disclosed in an interview that she fed him a herb-based diet, which included six glasses of juice of fruit or carrot, organic pasta, and more. She also removed red meat and pork from his meal and fed him homemade mayo and mustard. As a result of an all-organic diet, Christy claimed her son's tumor was eliminated.

It is not known whether Mrs. Walton's claims are credible. Nonetheless, Lukas is now leading a healthy life, which he must be really grateful for.

John T. Walton's son inherited his fortune and the third of his estate after his sudden demise. Aside from his stakes in Walmart, Lukas also has shares in Arvest Bank, and First Solar, as per his Forbes profile. Hence, Lukas Walton's net worth is a staggering $18 billion.

According to Bloomberg, the Colorado alumnus owns 8% of Arvest Bank and less than 5% of First Solar as of 2020. He also received 4% of Walmart shares of his late dad in 2015. Additionally, he has collected over $5 billion from share sales and dividends.

Besides, Mr. Walton founded and is the CEO of Builders Vision, a firm dedicated to building a more healthy and humane planet. It manages $4 billion in Walton family assets through three divisions: asset management, direct investing, and philanthropy. On September 19, 2022, Christy Walton's son announced he will invest 90% of the Walton family's philanthropic endowment in firms that prioritize equitable and sustainable solutions.

Considering his multi-billion fortune, it won't be surprising to see John T. Walton's son investing in expensive properties. He purchased a three-story house in Lincoln Park for $1.65 million in 2013. Lukas sold his five-bedroom home for $1.7 million in 2022.

Aside from that, the Builders Vision founder must have bought other properties as well. Overall, he must be living a comfortable life. Speaking of fortune, Lukas' mom, Christy Walton, has a net worth of $9 billion.

Is A Married Guy

The environmental science graduate has everything a girl could ask for. Not only does he has an affluent family, he is also educated, well-established, and career-oriented. Plus, he certainly doesn't lack in terms of visuals as well. So, has he found his other half?

The answer is a big yes. Lukas is happily married to his partner Samantha Baiz Walton. As per Chicago Business, the pair met on the Blue Line to O'Hare International Airport. The couple's chance encounter later turned into a blissful marriage that has been going on for several years now.

Everyone wants a partner who understands their goal and encourages them to follow what their heart desires. Similarly, Lukas Walton's wife, Samantha, is supportive and helped him launch Builders Vision. Although she leads a life away from the media spotlight, she is actively supporting her hubby in running their company and launching public websites for it. 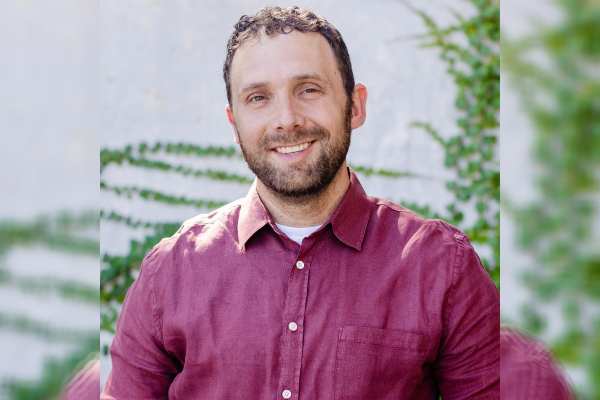 Furthermore, the lovebirds have yet to disclose whether they have welcomed any kids together. Nevertheless, the duo must be living well away from public attention.

All in all, John T. Walton's son has been serving as an environmental philanthropist for a long time now. His company, Builders Vision LLC, is also dedicated to supporting non-profits and investing capital into businesses taking on environmental and social challenges. Lukas is the living epitome of how one can establish an identity through his own works rather than only relying on his background.

We send him good wishes and luck.