Christy Walton is one of the world’s wealthiest people and one of the top philanthropists globally. She inherited her fortune from her late husband, John T. Walton. Image Source: Social Media.

John Thomas Walton was a war veteran and the son of Walmart founder Sam Walton. John also served as a chairman of True North Venture Partners, a venture capital firm. Not only that, he was also the co-owner of the Children's Scholarship Fund, which provides tuition scholarships for disadvantaged youth.

But today, we aren't going to talk about him. Instead, this biography is about John T. Walton's wife, Christy Walton, who is also famous for being a member of the Walton family. Despite being the wealthiest woman, many still don't know much about her day-to-day life.

So, let's learn more about how Mrs. Walton has been able to make a name for herself through her philanthropic works and what kind of relationship she has with her family.

Christy is beautiful, kind, and generous and has been involved in several charitable works. As per several sites, the gorgeous lady donated a total of $3.5 billion cumulatively between 2002 and 2006. Likewise, she gave away a seven-acre San Diego home to Cross Border Philanthropy.

Apart from that, the Jackson native is also involved in her family's charitable foundation, the Walton Family Charitable Support Foundation. The foundation prioritizes education and has supported several colleges, universities, community trusts, and foundations, including the University of Arkansas' Sam M. Walton College of Business.

Besides that, the philanthropist also chairs the board of the Mingei International Museum, San Diego Zoological Society, and the San Diego Natural History Museum.

John T. Walton's wife launched a company called Tenaja Productions which financed a film adaptation of "Bless Me, Ultima," a famous coming-of-age novel. The movie premiered in September 2012 at the Plaza Theatre in El Paso. She also worked as an executive producer in the film.

However, most of Christy's fortune comes from her shares in Walmart. As per Celebrity Net Worth, Christy Walton's net worth is estimated to be $9 billion. She definitely has a comfortable lifestyle thanks to her multi-billion worth wealth.

In 2013, Christy listed her Wyoming mansion for sale at $12.5 million. The 2.45-acre estate is almost 9000 square-foot and houses a six-bedroom main mansion, seven baths, a guest cottage, cathedral ceilings, imported European details, and even heated floors. As per Trulia, the mansion was listed with Christy's affiliate Jackson Hole Real Estate and was owned by a blind trust. But her name was on building permits for the address.

Is The Widow Of John T. Walton

As mentioned earlier, Christy married into one of the wealthiest families in the world: Walmart's Walton clan. Unfortunately, her marital bliss couldn't last long as her husband died in a plane crash in 2005. After John's passing away, she inherited his stakes in the company. As per her Forbes profile, she received about one-sixth of her late spouse's estate.

That made Mrs. Waton the wealthiest woman in the world in 2015. As of now, she has shares in both Walmart and First Solar. 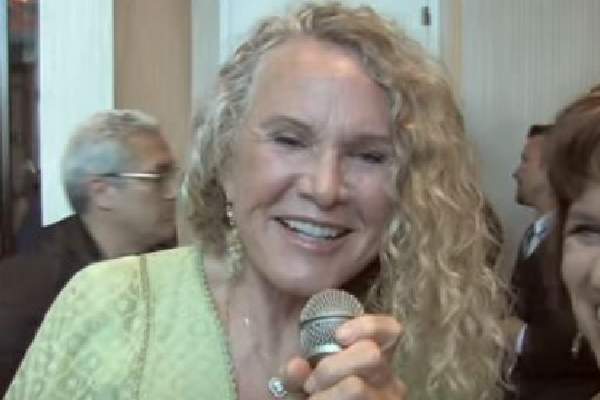 Christy Walton was married to John Thomas Walton, who passed away in 2005. Image Source: Social Media.

After the demise of John, Christy has never been pictured with a male friend or companion who might be her possible love interest. Or, maybe she is dating someone and is concealing her relationship from the public. But the chances are very low.

Is A Devoted Mother

A mom's love for her kid is like nothing else in the world. It knows no law, no pity, and is unwavering and unconditional. It dares everything and crushes down remorselessly. Likewise, the Walton heiress is a loving and devoted mother to her son Lukas Tyler Walton. Talking about Lukas, he was born on September 19, 1986. He graduated with a bachelor's degree in environmentally sustainable business from Colorado College in 2010.

When Lukas was three years old, he was diagnosed with rare kidney cancer. After the little guy didn't respond to rounds of chemotherapy, his mom fed him an all-natural diet. The latter claims it contributed to her child's recovery from the disease.

Currently, Christy Walton's son serves as a Chief Executive Officer of Builders Vision, an impact platform dedicated to building a more humane and healthy planet. He is also married to his wife Samantha Baiz Walton.

Has Remained Silent About Her Upbringing

The multi-billionaire was born Christy Ruth Tallant in Jackson, Wyoming, on February 8, 1949. Unfortunately, no information has been publicized regarding her upbringing. John T. Walton's wife, Christy, has not been very upfront about her life before marrying him and has kept her childhood private.

As a result, the information regarding Christy Walton's parents, siblings, and family remain a mystery. Likewise, as per Forbes, she graduated from high school but hasn't mentioned which college she went to.

Overall, Christy is currently enjoying her fortune and living comfortably. We hope she will be more comfortable sharing about her personal life in the forthcoming years.