Steuart Walton is the co-founder of Runway Group, a holding firm that invests in real estate, hospitality and other ventures. He is the founder and chairman of Game Composites, LLC. Image Source: Social Media.

Steuart Walton is a famous American attorney and businessman. Also, recognized for being the son of Jim Walton, he has established himself as a renowned figure in legal practice with consistent performances throughout his career. Likewise, he is the founder and chairman of Game Composites, LLC.

Since he comes from a legendary billionaire family like Waltons, Steuart's personal life has also been an exciting topic among people. Likewise, if you are curious about his other half and other details, have no rush because this article will help you learn more about Steuart's marital life, spouse, and babies.

The businessman was welcomed into this world by his mother, Lynne McNabb Walton, and father, Jim. Jim is an American businessman and is one of the heirs to the fortune of Walmart. Steuart Walton's paternal grandparents are Sam Walton and Helen Walton. His late grandfather Sam founded Walmart, while his grandmother, Helen, was a philanthropist and prominent arts advocate.

Likewise, the talented attorney grew up with his three siblings, Alice A. Proietti, Thomas L. Walton, and James M. Walton. Coming from an influential family, he must have had a wonderful time growing up with his siblings.

Speaking of his educational background, Steuart L. Walton graduated with a degree in business administration from the University of Colorado Boulder. Likewise, the business tycoon holds a Juris Doctorate from the Georgetown University Law Center​.

Similarly, he is the nephew of Alice Louise Walton, Rob Walton, and the late John Walton.

How Did Steuart Gain Fame?

As mentioned earlier, Steuart is from one of the wealthiest families in the world. Since childhood, he has been able to mostly enjoy his life of privilege and wealth under the radar. The handsome guy is best known as the 3rd-generation member of the billionaire Walton family. Keeping aside that fact, he is also a well-established attorney and philanthropist.

Moreover, Walton currently serves on the board of directors of Walmart, the Smithsonian National Air, Flipkart, and Crystal Bridges Museum of American Art.

Well, we discussed Steuart's family background, now, let's take a look at his professional ventures. He first worked for the now-retired Republican Senator Peter Fitzgerald in 2004. After serving there for three years, he became a lawyer at Allen & Overy. In 2013, he left Walmart to establish his company, Game Composites, a composite aircraft manufacturer in Northwest Arkansas. However, he again joined the board of Walmart in 2016.

Along with his brother Tom Walton, he co-founded an investment firm, RZC Investments. Both are also on the board of The Walton Foundation. Not only that, the Walton brothers donated $20,000 donation for the expansion of a garden at the Samaritan Community Center in Bentonville from the foundation. In 2016, they launched the Innovation Competition Fund to focus on healthy living and strong downtowns in Benton County, Arkansas.

From all these ventures, he might have certainly earned significantly. Also, Sam Walton's grandson must have inherited shares from his parents too. Hence Steuart Walton's net worth being $300 is no surprise.

Furthermore, as already mentioned, Steuart sits on the board of directors of the Crystal Bridges Museum of American Art, Space Museum, and Smithsonian National Air and Leadership for Educational Equity. Considering Walton's several endeavors, his wealth is undoubtedly deserving. On the other hand, his dad, Jim, has a fortune worth $68 billion.

Thanks to his multi-million worth fortune, Jim Walton's son has been able to invest in properties as well. For instance, he purchased a house in Malibu for $6 million in 2014. He then completely renovated it and sold it a year later for $13,341,000 to a married couple from Silicon Valley named Erik Swan and Julie Swan.

As the son of a multi-billionaire, the law graduate has been followed by paparazzi and unwanted media since an early age. Thus, the question regarding his relationship and affair is not new to him, despite being that he has been able to keep his personal life under the radar.

Speaking of Steuart's personal life, he is happily married to a beautiful actress Kelly Rohrbach. The couple tied the knot back in 2019. For those who have watched 2017 Baywatch, Kelly might not be a new name. Steuart Walton's wife portrayed the role of C. J. Parker in the film. 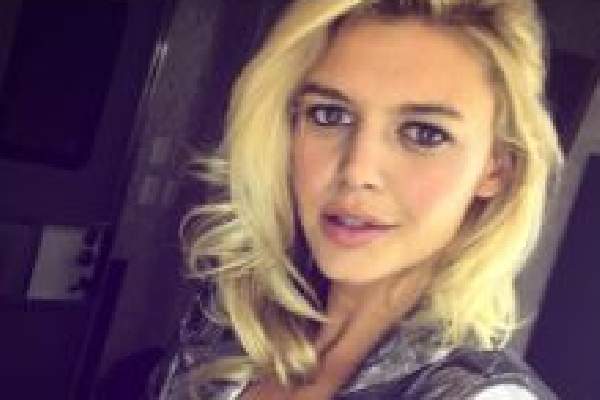 Meanwhile, the duo has yet to reveal their love story. However, it has been reported by many sites that the pair were already dating for two years before getting hitched in 2019. Also, both have gone to great lengths to keep their marital life to themselves. It seems the lovebirds prefer to keep their personal life far from the limelight and social media.

Does Steuart Walton Have Kids?

The lovely pair were reportedly expecting their first child, a boy, in 2021. Kelly was said to be due the following month, as per a December 2021 article of Page Six. Sadly, apart from the pregnancy reveal, not much has been disclosed regarding the baby. However, by now, the Walton-Rohrbach duo might have already become parents.

Dailymail also reported that the couple was already planning to have more children following the birth of their kid. But, the world has yet to get a glimpse of Steuart Walton's son. Still, he and his wife must be raising their little one with much love and care. We wish them a streak of good health.

Nevertheless, Jim Walton's son must live an extraordinary life away from the media limelight. We hope he reveals more about himself in the coming days. We wish him a successful career ahead, and hopefully, we can continue seeing his business flourishing in the coming days.