Tennis is a rapidly evolving sport, with young faces emerging now and then making a mark on the sport. However, it takes years and years of practice to break into the top ranks. While generations of players have come and gone, a select few have risen to the top and established themselves as world-class tennis players.

Leylah Annie Fernandez is one of the promising young Canadian tennis players who made headlines for her outstanding performance on the tennis court. Fernandez is a professional tennis player who won the WTA Tour singles title in the Monterrey Open in 2021, representing Canada.

However, Leylah Fernandez soared to stardom after upsetting four-time Grand Slam champion Naomi Osaka at the 2021 U.S. Open. As a result, millions are naturally interested in learning more about the emerging tennis phenomenon. And that is precisely what we will be covering in this biography about Leylah Annie Fernandez.

Was An Athletic Child

Millions worldwide know Leylah Fernandez, but her father, too, is no stranger to fame. Fernandez's father, Jorge, is a former soccer player and current tennis coach. Having an athletic father must have played a significant role in her developing interest in sports. 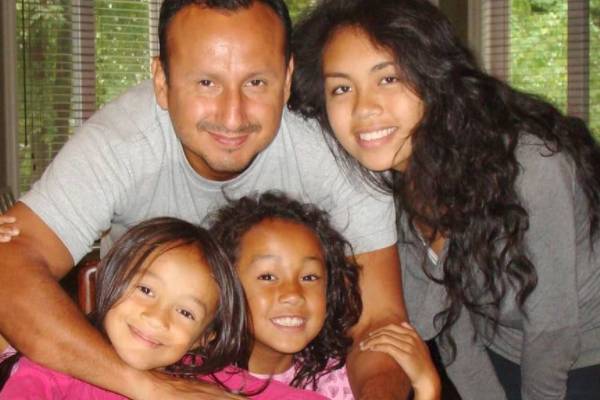 However, tennis was not the only sport of interest; as Leylah also played soccer, volleyball and competed in track. Ultimately though, tennis captured her heart, and as a child, she would practice her shots against the basement wall. Later she got enrolled in the provincial development program in partnership with Tennis Canada.

Unfortunately, the player was removed from the program, and Fernandez's father took over as coach despite never playing tennis himself. He would also frequently take her and her sisters to the tennis court to train.

At present, the Canadian player is regarded as one of the world's most promising tennis players, and she considers her father and family to be her greatest supporters. Even at such a young age, Leylah has made a significant impact on the court. Leylah Annie Fernandez's parents must be pleased with their daughter's accomplishment.

Even though she grew up playing tennis, it was not until she turned professional that the Montreal native encountered tournament success. Consequently, most of Leylah Annie Fernandez's net worth comprises earnings from tournament wins, with her prize money totaling $786,772 to date.

However, Fernandez's career has had numerous ups and downs throughout the years. So, let's look at how her amateur career led her to a prosperous professional career and how Leylah benefited from it.

However, the players do get the opportunity of maintaining and improving their status, and the same was the case for Leylah Annie Fernandez. And shortly after her debut as a junior player, she went on to have a great professional career.

On July 21, 2019, Fernandez won her first professional singles tennis title when she defeated Carson Branstine in the Gatineau Challenger final. However, after defeating Emma Navarro in the final of the Gatineau Challenger, the Canadian not only won her first professional singles championship but also became a Junior Grand Slam champion at the French Open.

Fernandez also got an opportunity to represent Canada at the Tokyo 2020 Olympic Games. Unfortunately, the Canadian was eliminated from the competition by Barbora Krejcikova. Nevertheless, she was selected to represent her country alongside Canadian professional tennis player F. Auger-Aliassime. 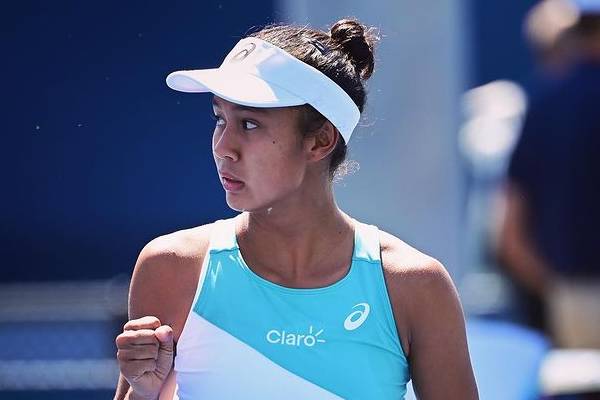 Similarly, a week after her defeat at the 2020 Australian Open, she beat the then-world number five Belinda Bencic in the Fed Cup. Her victories were not unnoticed, and soon after, Fernandez qualified and reached her first WTA tournament final. But, unfortunately, the tennis player lost to Heather Watson, former British No. 1. Nonetheless, Leylah Fernandez's net worth must have increased significantly after reaching the WTA tournament final.

Similarly, she suffered another defeat after reaching the quarterfinals of the Monterrey Open, when she lost to the Ukrainian champion Elina Svitolina. However, she did not let her failures get to her, and soon she made history in the 2021 US Open final.

Earnings From The WTA Championship and The US Open Final

In March 2021, Leylah Fernandez won her maiden WTA championship, defeating Viktorija Golubic at the Monterrey Open. However, the WTA title was not the only reward she earned since the prize money for the 2021 Monterrey Open was $29,200.

The WTA Champion quickly made her way to the US Open, where she earned another victory. First, she defeated the four-time Grand Slam singles champion, Naomi Osaka. Then she won against the three-time major champion Angelique Kerber which qualified her to the semifinals.

On September 9, 2021, Leylah Fernandez became the first woman to defeat three of the top five seeds at the US Open after her victory against Aryna Sabalenka. She then advanced to the US Open Final, where she will face Emma Raducanu on September 11, 2021.

While Leylah is the first woman to defeat top-seeded players at the US Open, Daniil Medvedev defeated the top three male players to win the 2020 ATP Finals.

The following clip shows the highlights of Fernandez's match against Aryna Sabalenka.

We wish the athlete the best and hope that she will carry the cup to Canada and collect the $2.5 million prize money, which would significantly boost Fernandez's fortune.

Earnings From Partnerships And Endorsements

Following a successful tennis career, it comes as no surprise that the athlete has been approached by many elite brands for endorsements and collaborations. The athlete has cooperated with the famous sportswear manufacturer ASICS and tennis equipment manufacturer Babolat.

Similarly, she is also supported by Telcel/Claro, Birchbox, and announced her partnership with USANA Health Sciences, Inc. Furthermore, she also partnered with Instant Autographs to give away personalized signed photographs.

Nonetheless, with her popularity growing by the day, it's safe to assume that the tennis player will continue to attract additional sponsors and partners. As a result, Leylah Annie Fernandez's net worth will grow substantially in the future. And who knows, she might even become one of the richest female tennis players in the world.

Is Leylah Annie Fernandez In A Relationship?

Leylah Fernandez has been in the limelight for quite some time. And, while the athlete has created headlines for her victories on the court, her love life has received little attention from the media. Consequently, her admirers are left wondering who Leylah Annie Fernandez's boyfriend is.

Unfortunately for her fans, it appears that our stunning athlete is currently single and may not have found her true love yet. Furthermore, there is no hint of Leylah being in love or romantically involved with anyone in any of her social media accounts. 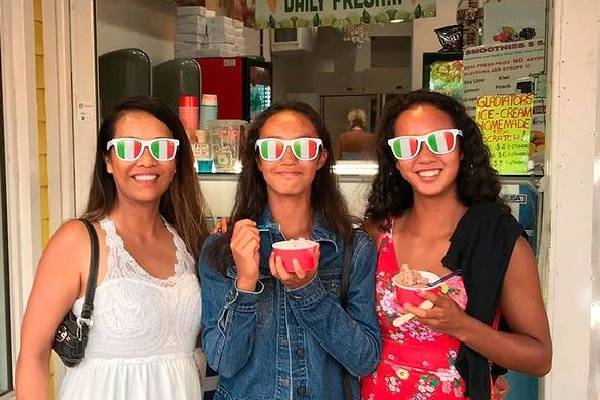 So, for the time being, the athlete appears to be far too preoccupied with establishing herself as a top tennis player rather than dating someone. And with her busy schedule, she probably does not have enough time to fit a relationship into the mix. Therefore, it might be a while till we get to know about Fernandez's lover.

Nevertheless, whoever ends up dating Leylah will be a fortunate man. So we hope that the rising star finds her better half soon and that when she does, she will not be afraid to reveal her love life to the public.