Emma Raducanu, an emerging tennis player, has received immense fame after competing in and winning the US Open 2021. Image Source: Emma Raducanu's Instagram.

Emma Raducanu, an emerging British tennis player, has made history by becoming one of the youngest tennis players to win the US Open in the Open era. Her outstanding performance has captivated the hearts of many people. Moreover, she has inspired many other young tennis players.

Furthermore, Emma has achieved lots of significant achievements in her tennis career at a very young age. Due to this, she often appears in the spotlight. Moreover, she has gained millions of fans worldwide who are curious to know everything about her.

Hence, let us find out everything about Emma Raducanu through her biography.

The talented tennis player, Emma, was born on November 13, 2002. Although Emma was born in Toronto, Canada, she moved to Bromley, south of London, at two years old. She has a mixed ethnicity as her father, Ian Raducanu, has Romanian ancestry, and her mother, Renee Raducanu, has Chinese.

Both of Emma's mom and dad are involved in the financial sector and were unable to attend any of their daughter's US Open matches. Nonetheless, one can assume that Emma Raducanu's parents are very proud of their only child's achievements. 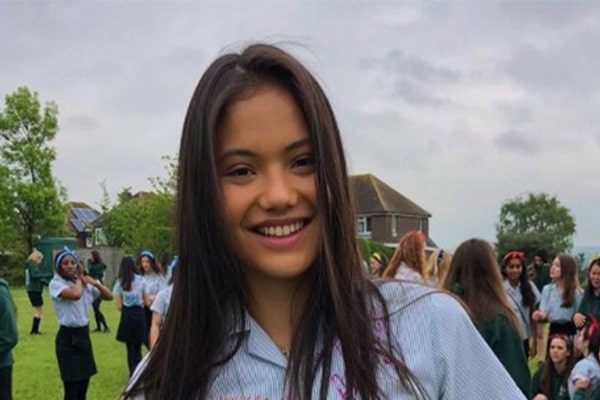 Both of Emma's parents, Ian and Renee, work in finance sector and are supportive of her tennis career. Image Source: Emma Raducanu's Instagram.

Along with tennis, Emma loves go-karting, horseriding, tap dancing, golf, skiing, and basketball. And not just a fantastic player, Raducanu is also very talented in her studies. She has completed her A-Levels studies at Newstead Wood School, where she obtained an A* in maths and an A in economics.

Emma Raducanu Net Worth And Career

Emma, who started playing tennis at the age of five, has become a worldwide sensation after winning the 2021 US Open as a qualifier. She is making history by achieving many accomplishments at a young age. Hence, Emma Raducanu's net worth has likely progressed with her emerging career.

Moreover, she has been ranked 150th in the world as of August 2021. Additionally, looking at her outstanding performance, it is believed that soon Raducanu will be climbing the women's ranking.

As this is just the beginning for the young athlete, there's no doubt that Emma will reach new milestones in her career shortly. And who knows, she might be counted among the richest female tennis players in the world.

Earning As A Tennis Player

Aforementioned, Emma Raducanu is one of the most promising tennis players who has competed in many competitions since her junior age. Furthermore, she has won a Bronze Medal at the 12U Winter European Cup. Similarly, she has also won a Tennis Europe event in each of the following age groups: 11U (Bressuire), 12U (Braga), and 14U (Zoetermeer). 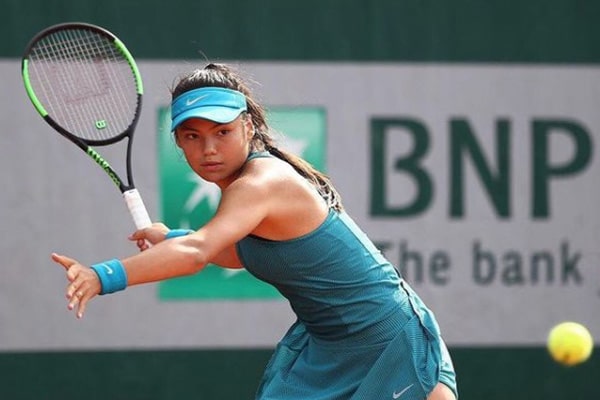 Emma Raducanu has also won UK National Champion titles at 9U, 12U and 16U categories and received a big sum as prize money. Image Source: Emma Raducanu's Instagram.

Since she has succeeded from a young age, Emma has become one of the most well-known tennis players globally. Emma's hard work and dedication have paid off as she has reached the final of US Open 2021 and defeated her competitor Leylah Annie Fernandez.

Following are some of Emma's achievements till now:

Furthermore, Emma was part of the winning British Bulldogs team in the Battle of the Brits in August of 2020. She has amazed her audiences with excellent techniques and skills while playing tennis in the US Open 2021. Moreover, Emma is also getting a lot of compliments from different famous tennis players.

Moreover, according to Insider, Emma had earned $303,376 before participating in US Open 2021. She made $255,478 of her total career earnings from her run to the fourth round at Wimbledon in the summer. Hence, this means before Wimbledon, she generated $47,898 by winning many other competitions. 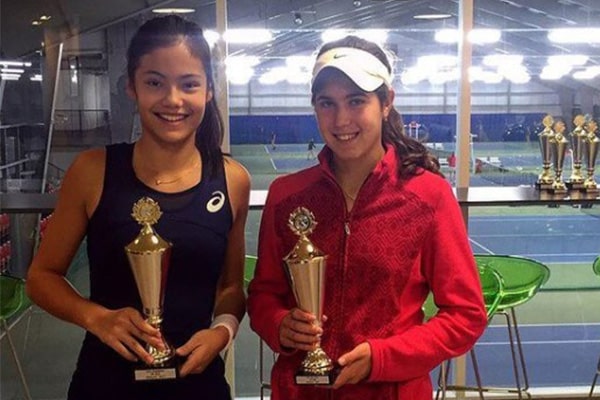 Looking at her emerging popularity and achievements, it is sure that Emma will become one of the top tennis players in the future. Moreover, Emma received $2.5 million as the 2021 US Open winner. Therefore, Raducanu's career earnings has now jumped to millions of dollars.

And with more Grand Slam and WTA titles on the horizon, there is no doubt Emma will continue to add to her earnings through her tennis career.

Moreover, with her US Open title, endorsement and sponsorship deals are bound to increase for the young British player. She already has a deal with Nike for her clothing, while Wilson handles her racquet and other equipment. But Emma is set to become one of the highest-paid players in Britain.

As a result, Emma Raducanu's net worth will also increase in the upcoming days. And with her increasing fortune, she will be able to have a luxurious lifestyle with her family.

Who Is Emma Raducanu Dating?

After finding fame due to her incredible tennis skills, Emma has garnered a large fanbase who are always curious about her life. Furthermore, her fans often wonder if this talented and beautiful player is in love with someone. However, the 5 feet 9-inch tall player seems to be a very private person as her Instagram posts are mostly related to work.

Moreover, she appears to be someone who likes keeping her personal life private and away from the spotlight. Hence, it is not clear who Emma Raducanu's boyfriend is. Nonetheless, whoever gets to date the amazing woman in the future will be receiving lots of attention from the media and the public. 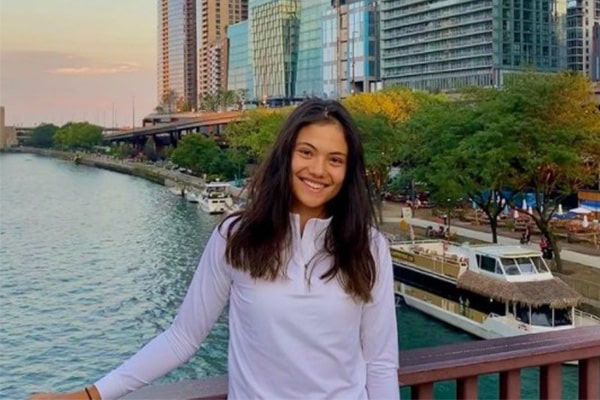 Emma Raducanu seems to be single as she has not talked about her love life. Image Source: Emma Raducanu's Instagram.

Furthermore, with such a promising future in her career, Emma seems to be focused on her job. In addition, it might take a few more years to know who ends up becoming the love of her life as she is very young.

No matter what, Emma Raducanu's husband to be will be one lucky man. And we hope she finds her true love soon.

Furthermore, looking at her accomplishments, it won't surprise if Emma sets new records and continues making history in her tennis career. We wish the talented tennis player Emma Raducanu all the best for her future.