Sean Malto is an American professional skateboarder and is currently one of the best skaters in the world. The talented athlete has won many major skating awards, including the Street League Championship in 2011 and X Games medals in 2013. Furthermore, Sean has also appeared on various TV shows, documentaries, videos, and films.

Today, the professional is sponsored by many renowned companies like Nike, GoPro, Spitfire, Mountain Dew, Oakley, Diamond Supply Co, Thunder, and Incase. Transworld Skateboarding Magazine also awarded Sean with the Rookie of the year title in 2009. Let us know more about Sean Malto's biography and career.

Sean Michael Malto was born on September 9, 1989, in Havre de Grace, Maryland, into a military family. He was raised by his father Ben Malto and mother Lynn Malto, alongside three siblings. He is the youngest among his three brothers, and they are named Travis Malto, Justin Malto, and Chris Malto. Sean started skating at the age of ten and developed his skills drastically by training with his older brothers.

When he was 14, Sean Malto's front teeth came knocking off after failing to land a jump safely. His root canal was damaged, which angered his parents as it had only been two months since his braces had come off. The skater has also shared his experiences about the time he spent with just half a teeth before fixing it. The skater attended his local high school, while also improving his skating skills. Soon, Sean was signed by Escapist; a center focused on providing skateboarding products while also inspires new generations with events, video premieres, pro demos, and signings, etc. The center then published and sent many videos of Sean's tricks and stunts to potential sponsors.

Though the pro skater did not make any money in his younger years, he was offered shoes, skateboards, and clothing from his sponsors. Unfortunately, Sean never got his diploma due to his busy schedule from his skating activities, although he was a straight-A student in school. Nevertheless, his career as a professional skater has made him a famous and successful person.

Sean Malto had always been fascinated with contests and thought of them as bonuses. After making a couple of videos, Malto was sent on his first trip by DC Shoes when he was 15 years old. More trips came by, which kept Malto on the road six to eight months a year. As he grew up, Sean started participating in various skateboarding contests.

In 2009, Malto was named the Rookie of the Year and was nominated for the Reader's Choice in 2010 by Transworld Skateboarding Magazine. Aforementioned, Sean Malto has also worked on many screen projects for numerous TV shows, films, and commercials. Here are some of Sean Malto's videography credits listed below alongside their release dates.

In the 2010 Copenhagen pro championship, Sean Malto came out 1st among other talented skaters like Torey Pudwill, Shane O'Neill, Tony Trujillo, Grant Taylor, and many others. Following this win, Sean also won the 2011 Street League Skateboarding Championships against Nyjah Houston and Chris Cole by close points. He was placed third in the 2013 Cph Pro and second in the 2013 X Games. His winnings have undoubtedly helped the athlete to earn a considerable amount of money throughout his career.

Sean Malto Net Worth And Earnings

According to ZipRecruiter, a skateboarder's average salary ranges from $20K to $31K annually. There are currently many sites that have revealed the skater's net worth without any factual data. However, According to NetWorthPost, Sean Malto's net worth is estimated to be $1.5 million. In addition, the professional skater has also been able to win huge sums of money from his competition wins.

Sean received a cheque of $200K from his victory at the 2011 Street League Skateboarding Championship. Thus, the skater may have collected even more wealth from various competitions throughout his career. 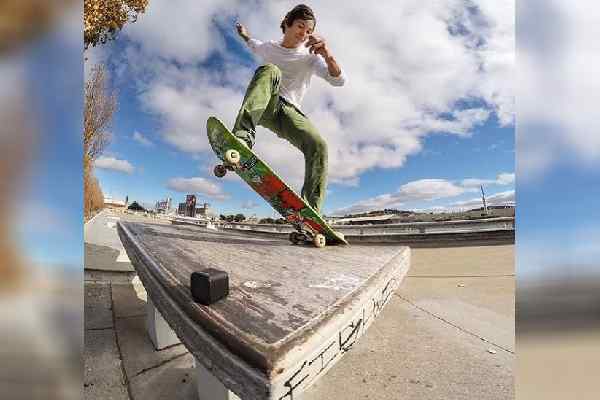 Sean Malto's net worth is estimated to be over a million dollars. Image Source: Sean's Instagram.

Furthermore, Sean is also endorsed by some big companies, which also helps the pro-skater increase his net worth. Aforementioned, he is supported by some big brands in the market such as Nike, Go Pro, Mountain Dew, Girl Skateboards, Escapist, etc. Also, the American professional has been featured in multiple skate videos with more than a million views. He also has a large following on his social handles, with over 900K followers on his Instagram and 220K followers on Twitter. His influence over social media is undoubtedly a significant factor in increasing his fortune. He has also appeared in various commercials, TV shows, and films.

Furthermore, the skateboarder bought a house in Leavenworth to share with his mother in 2009. Sean's house was decorated with the help of pro skater Mikey Taylor's wife. With such an immense fortune, It would not be an understatement to think that Sean Malto's net worth is more than a million dollars.

Alongside his skating profession, Malto has also entered the business world as a co-owner and brand ambassador of a microbrewery called the Saint Archer Brewing Co with other professional athletes like Eric Koston, Bryan Herman, and Brian Hansen and many others. The company was founded by Australian surfer Josh Kerr and professional skateboarders Paul Rodriguez and Mikey Taylor. Sean's business has also helped him to earn a steady revenue and increase his income.

Sean Malto is a very talented skateboarder who needs some cool kits to go along with his sports. The Escapist's athlete has some of his favorite choices regarding his shoes and skateboard. According to Nike's website, Sean Malto's favorite skate shoe is Nike's SB Zoom Stefan Janoski Canvas, which cost $85. 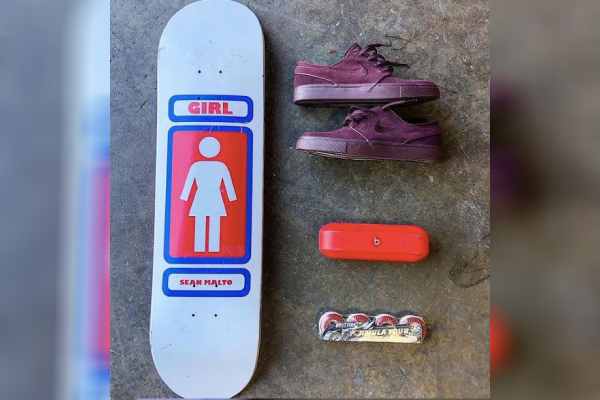 When it comes to Sean Malto's skateboards, he rolls with one of his favorites, "Girl Sean Malto Complete Skateboard -7.5" with 52mm wheels, a Til 93 7 Ply Pro skateboard deck, and royal raw trucks. His Girl skateboard is priced at around $87.

Sean Malto's relationship is kept secret by the professional himself, who has not yet disclosed much information regarding his girlfriends and love life. As far as his fans are concerned, Sean Malto is already in love with his profession as a skateboarder and the sport itself. The American has also been very busy with his tours and video shoots and has not been able to spend time with his loved ones much.

However, going through Sean's Instagram, it seems that the skater is dating Dani Vitale. Sean Malto's girlfriend, Dani Vitale, is a pro dancer, choreographer, and creative director. The adorable duo loves to share pictures of each other on their social handles and are deeply in love. The pair have also been spotted in various events, such as the NBA finals in 2017. 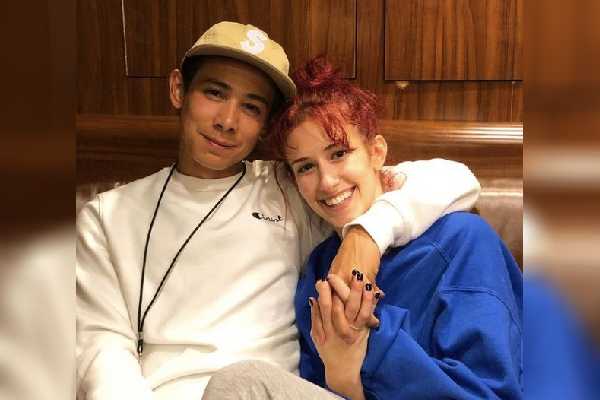 Though not much information about the romantic duo has been disclosed to the media yet, Sean and Dani's relationship has been going strong for years. However, they have also not revealed any plans for their marriage and children. Well, we can be sure that the couples will be together for more years to come.