Timo Glock is a German professional driver who found success in karting and eventually moved on to Formula One races. Photo Source: Timo's Instagram.

Formula One races are known to be the pinnacle of motorsports events. A game full of extremities tests the boundaries of man and machine alike. With ever-growing popularity, it has become one of the most-watched sports worldwide.

F1 fans love the thrill and unpredictability that comes with the game. Motorsport enthusiasts got their wish fulfilled when they witnessed the drama-filled last race of the 2008 Brazilian Grand Prix. Unfortunately, F1 races and their fans are notorious for being brutal, and German racer Timo Glock was another victim.

On that day, Timo carved his name into history, and for better or worse, he'll always be remembered by F1 fans thanks to Martin Brundle, who was screaming his name during commentary. So today, let's uncover his biography and learn more about his personal life.

Well, not much is known about Timo Glock's childhood years. The celebrity sportsman has been successful in keeping his family away from the limelight. Therefore, the names of his parents and siblings are unknown at the moment.

Nevertheless, it is confirmed that Timo was born on 18th March 1982. He grew up in Lindenfels, a small town located in the Bergstraße district of Germany. Here, he learned the basics of karting and took the first steps to become a professional athlete.

Moreover, considering his success, it is almost a given that his parents helped him flourish as a young talent and supported his career choice. We hope he will provide details about his parents soon enough.

Similar to other prominent motorsports drivers like Sophia Flörsch, Nico Müller, Kelvin van der Linde, and many more, Timo started his career in kart racing. He learned the fundamentals of karting early on and began competing in kart racing events when he was 15.

Young Timo found immediate success, winning many national and international titles. His most notable victories include the BMWADAC Formula Junior Cup in 2000 and the Formula BMW ADAC Championship in 2001.

After finding success in karting, Glock joined the Formula 3 German Championship in 2002. He finished third in the classification in his first year and was called the year's rookie. Later on, he joined the Euroseries of Formula 3, where he won six podiums, three of which were race wins.

Timo continued to stack up wins and eventually made his big move to Formula One. He drove for Jordan for his first year and finished 7th overall. Afterward, he stepped away from F1 races and shifted his focus on the Champ Car World Series and the GP2 series.

Glock established himself as a dominant force in these series, claiming many victories from 2005 to 2007. As such, he was promoted to primary test and reserve driver for BMW. 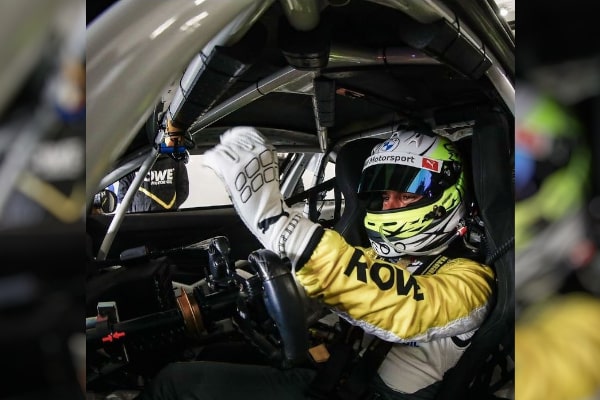 Glock returned to Formula One scene, signing a contract with Toyota F1 as a reserve driver. After a minor dispute, he replaced Ralf Schumacher, the younger brother of Michael Schumacher, as the lead driver. Subsequently, he drove for other F1 teams like Virgin Racing and Marussia F1 teams.

Timo started 376 races, earning 37 wins and 74 podium finishes. He represented many teams and car brands throughout his career, proving to be a productive driver for them.

The German driver Timo Glock has sustained a fair share of injuries and collisions in his career. He was sent flying in the 2008 Australia Grand Prix when he misjudged a corner and lost control of the vehicle. Regardless, he was not severely hurt and returned to racing after a couple of weeks.

Timo's worst crash came a year later, during the 2009 Japanese Grand Prix. He crashed heavily at the last corner of the event's qualification race and was airlifted to the hospital.

Even though officials suspected it was only a minor cut in Timo's right leg, subsequent medical reports showed a cracked vertebra. As a result, he was ruled out of the event, and Toyota picked Kamui Kobayashi to replace him in further events.

Timo Glock: The Main Conspirator In The Brazilian Grand Prix Of 2008?

Timo Glock cemented his name in history during the 2008 Brazilian Grand Prix. The final race of the event is considered one of the most dramatic and exhilarating F1 races.

Lewis Hamilton driving for McLaren and Felipe Massa driving for Ferrari, the two main title rivals, fought neck and neck in the final race. Even though Felipe had already won the race, Lewis needed only to get into the fifth position to secure the series championship.

Timo was in the fifth position ahead of Lewis for the entirety of the race. Regardless, unexpected drizzles changed the course of the race entirely. Timo's team subsequently opted to stay on dry tires instead of switching to wet ones.

Let's watch a short video and relive the final moments of the 2008 Brazilian Grand Prix:

As a result, Timo struggled during the last lap and failed to hold his fifth position. Lewis dramatically overtook him in the final few seconds and claimed the world champion title, crushing the Ferrari team's dreams. Many blamed Timo for deliberately letting Lewis pass him and even accused him of conspiring against Felipe and Ferrari.

Timo has utterly denied those claims and expressed his disgust at those who accuse him of such theories. Nevertheless, Formula 1 race watchers still have not forgotten about the day after more than a decade. As such, Timo often becomes subject to online hate and criticism.

However, fanatics did not limit the abuse to the F1 driver only. Later it was discovered that even Timo Glock's family got threatened. Reportedly, his mom and dad received several letters threatening to shoot Timo and his parents.

Timo Glock's Net Worth And Earnings

Although Timo Glock has not spoken publicly about his income, we can be confident that his assets are ever-growing thanks to his accomplishments. The sports personality has won many titles, from local kart championships to the most prestigious international racing tournaments.

As a result, the prize money won by the motorsports athlete is likely to have amassed a sizable fortune. Here, we will discuss Tim Glock's net worth and discover his sources of earnings.

Timo's Earnings As A Professional Driver

Timo Glock's net worth primarily consists of tournament winnings and salary from the team he has represented. He has made the most of his revenue from racing events as he began competing in his early years. 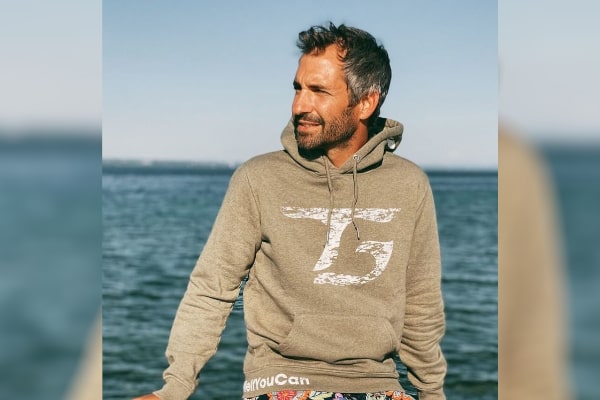 Formula One driver Timo Glock undeniably has a substantial net worth thanks to his racing endeavors. Photo Source: Timo's Instagram.

As aforementioned, the BMW driver has won some of the most reputed major motorsports tournaments like the GP2 series, Formula BMW ADAC, etc. Besides, Timo must have earned massive wealth from his F1 races, the pinnacle of racing.

In addition, Glock has represented several top teams throughout the course of his racing career. According to ZipRecruiter, the annual average salary provided by the track team for their professional drivers is around $40,000. Given Glock's success and dominance in the field, his payroll must be around the same range or even more.

Timo Glock Is A Married Man And A Father Of Two

You might be interested to know what this world-class driver does when he is not mesmerizing motorsports fans with his outstanding driving skills. Well, he spends most of his offseason in Switzerland with his wife. Timo Glock's wife is a German model by profession.

Timo is married to his longtime girlfriend, Isabell Reis. It is unknown how the couple met or started dating. However, the motorsports driver shared that the pair got tied in wedlock a while ago. 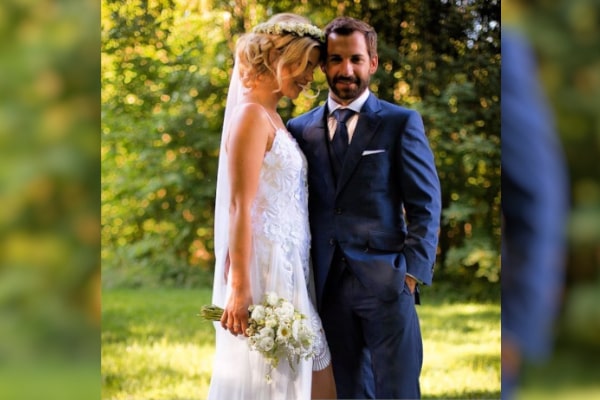 Timo Glock has been married to his long-term lover Isabell Reis for more than seven years. Photo Source: Timo's Instagram.

The husband-and-wife duo is not shy about showing affection and care for each other. The F1 racer frequently posts images of his lover with short and sweet messages. Moreover, Timo Glock's wife has been spotted in various motorsports events worldwide, cheering for her spouse on more than one occasion.

Timo Does Not Want To Reveal The Identities Of His Children

Glock has formed a lovely family with his wife, Reis. The couple had welcomed their first child, Mika Glock before they were married. A couple of years later, they had a girl whom they named Leni Glock.

A quick glimpse of Timo's online accounts, and we can easily paint his doting fatherhood side. The racer often shares lovely anecdotes about his children with his followers. Yet, he makes sure not to reveal the identities of his babies.

Timo tries to hide the faces of his children whenever he shares their images. The online hate and vitriol Timo has faced since the 2008 Brazilian Grand Prix might be the reason behind it. As a father, it is understandable that Timo would not want those malicious threats to reach his children.

We wish the Glock family long-term prosperity and hope that Timo will provide deeper insights into his love life in the upcoming days.