World Touring Car Cup (WTCR) is gaining much popularity, with its many opportunities and good prize money. It is becoming a home for many young racers interested in the touring car series. And joining the bunch is professional race car driver Santiago Urrutia.

The racer has competed in numerous tournaments and against some of the best drivers. For instance, he raced against the 2021 F1 champion Max Verstappen in 2010. Moreover, the sportsman has won many races in his career. He is a member of Cyan Racing Lynk & Co. in WTCR.

So, let's learn more about this rising WTCR star in this biography.

The professional racer was born Santiago Urrutia Lausarot on August 30, 1996, in Miguelete, Uruguay. He learned about motorsports from an early age, thanks to his late granddad.

Santiago's late grandfather was a massive Formula One fan who bought him a motorbike at three. He was immediately hooked and often rode his bike around the family farm.

The young guy began to compete with other elder riders soon after. But, it all ended after his big crash in a motocross event. Then, Santiago Urrutia's mother, Claudia Lausarot, a school teacher, took out a bank loan to buy him a go-kart. He then began his motorsports journey at five. 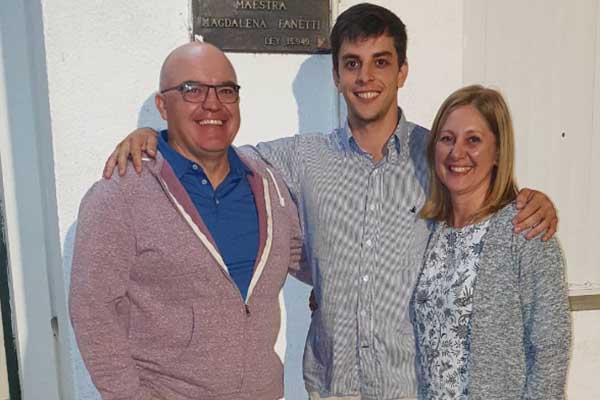 Santiago Urrutia's father, Carlos Urrutia, is very proud of his racing career and often shares his accomplishments on Twitter. He also has an elder sister named Romina Urrutia, who is a doctor by profession.

The driver trained hard to hone his racing skills from a young age. However, he later had to leave his home to go to Europe to continue racing. So, Urrutia's parents let him leave the house at fourteen.

Santiago Urrutia Net Worth And Career

He then transitioned to single-seaters at fourteen and moved to Italy. So, Santiago Urrutia's net worth is heavily influenced by his racing profession.

The racer initially raced in Formula Abarth European and Italian series. He advanced to European Formula 3 in 2013 and ranked fourth in his maiden season. Moreover, he switched to race in GP3 Series the following season.

Urrutia's first championship win came at the 2015 Pro Mazda Championship. He also became the first Uruguayan driver to win a major international championship. In addition, he received the Mazda scholarship of $590,300 to advance to Indy Lights in 2016.

The sportsman initially signed a contract worth $100,000 with Harding Racing to race in Indy Lights. However, the team never paid him the money and didn't give him a ride to the event. He then switched to Belardi Auto Racing and raced in two Indy Lights events.

Let's see some of his races and positions below:

The former Mazda champ made his debut in WTCR with Cyan Racing Lynk & Co in 2020. He finished sixth with one race win in his first season. Furthermore, the driver upped his ranking to fifth in the 2021 World Touring Car Cup. His teammate Yann Ehrlacher won the title, followed by Frédéric Vervisch and Jean-Karl Vernay.

Thus, Santiago Urrutia's net worth must be a notable amount from his racing career.

The sportsman has become a national hero with his many racing accomplishments. He has a massive fandom, including admirers from his homecountry and internationally.

Similarly, it's normal for fans to be eager to know about their idols' personal affairs and relationships. So, searches regarding Santiago Urrutia's wife or children are nothing new.

Well, the driver isn't married yet, but he is in a loving relationship. Santiago Urrutia's girlfriend, Florencia Sarrubi, is his number one fan and always supports his career. In addition, she often shares stories and tweets on Twitter about her lover.

The pair first confirmed their relationship by posing together in January 2021 on Instagram. Furthermore, the couple often shares pictures of their travels and vacations on social media. Santiago's partner, Florencia, also accompanies him on flights to different countries. 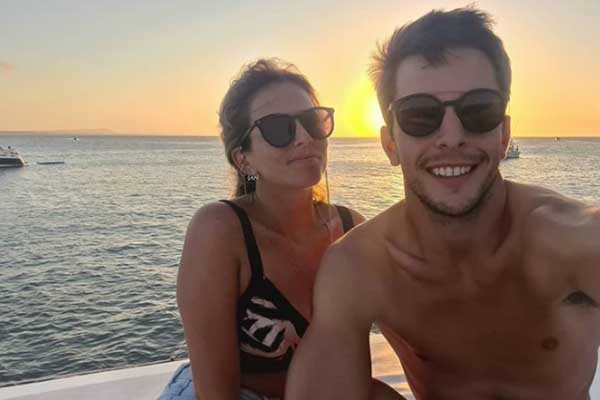 The duo hasn't shared any plans of marriage as of February 2022. Both might be enjoying their time together at present.

The Uruguayan driver doesn't have any children, but he is a godfather to two adorable little girls. In addition, Santiago Urrutia's youngest goddaughter, Maria Paz, often appears on his IG posts.

Let's all wish this talented WTCR racer more success in the days ahead.