Any fans of the touring car series will be familiar with the World Touring Car Cup (WTCR). It is becoming one of the most-watched touring tournaments in the world. And one of its rising stars is professional racer Frédéric Vervisch.

The sportsman began as a karting champion of his homecountry. His career spanned over Formula 3, Superleague Formula, GT Series, Le Mans Series, etc. Furthermore, the driver has won two endurance racing events and secured many other victories. He now races for Comtoyou Team Audi Sport in WTCR.

So, let's learn more about this emerging racing personality in this biography.

The pro racer was born on August 10, 1986, in Roeselare, Belgium. His family residence is at Marke, Kortrijk, where he spent childhood. Frédéric hasn't opened up much about his parents or other family members. He might have kept them a secret to avoid unnecessary media attention.

Nonetheless, Frédéric Vervisch's father, Ferdinand Vervisch, and his uncle, Filip, have supported his racing dream from the get-go. He thanked them for their contributions and expressed he couldn't make it far without them in one of his interviews.

Frédéric Vervisch's mother must have also supported his racing passion from earlier. She likely attends most of his races with her husband, Ferdinand. 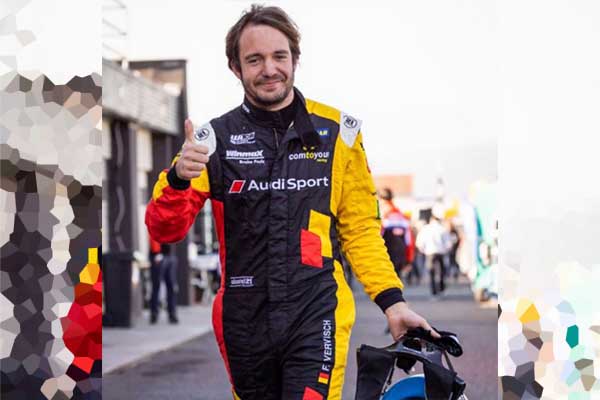 The driver also has two brothers named Thomas Vervisch and Gilles Vervisch. His sibling, Gilles, is a kart racer and often competes in endurance kart races.

The Roeselare native hasn't revealed which high school or university he attended. But he likely completed his formal education in his hometown. Furthermore, Vervisch has a Bachelor's degree in Automotive Mechanical Science.

Frédéric Vervisch Net Worth And Career

As mentioned earlier, the Belgian racer's start came from karting. He initially contested in junior class before moving up to endurance levels. In addition, he won the ASAF Championship, three 24 Hours of Francorchamps, and the Belgian Kart Cup.

Likewise, Frédéric Vervisch's net worth is heavily influenced by his racing profession. It comprises his earnings from his prize money, sponsors, endorsements, etc.

The driver initially began competing in German F3 with JB Motorsport. He later switched to the Swiss Racing Team and Jo Zeller Racing and won his first championship at the 2008 ATS Formel 3 Cup.

The F3 champion's second title came at the 2007-08 Asian Formula 3 with Team Goddard. He then debuted in Atlantic Championship and Superleague Formula.

Besides that, the racer contested in many endurance racing series. Vervisch secured many victories including, 24 Hours of Nurburgring, 10 Hours of Suzuka, and 24H Dubai. Let's see some of his racing tournaments and positions below:

The touring car driver joined Comtoyou Racing in 2017. He raced with them in the 2017 TCR International Series and started competing in WTCR in 2018.

According to ZipRecruiter, the average income of a pro race car driver is $20 per hour and $40,904 a year. Frédéric Vervisch's salary must be more than the given range, considering his many wins.

Thus, Frédéric Vervisch's net worth must be a considerable sum from his racing career.

The sportsman's incredible racing skills and dashing looks have made him one of the famous racers in WTCR. Many people are inspired by him and support him wholeheartedly.

Likewise, fans are naturally curious about their idols' love life. So, searches regarding Frédéric Vervisch's wife or partner are nothing new. In addition, many might wonder whether Frédéric has any children.

Well, the Belgian driver is a man of secrecy and hasn't revealed much about his dating life. He hasn't spoken about his lady love in interviews or media. Although he shares pictures of his female teammates on Instagram, they don't seem like his partner.

So, Frédéric Vervisch's girlfriend is a mystery among his fans. Still, as per his official website, he is unmarried, and he likely doesn't have any kids. 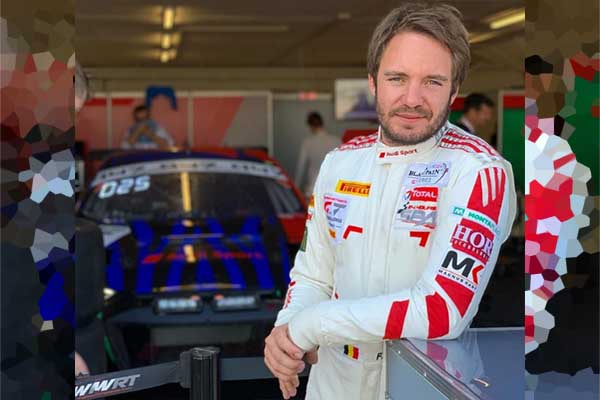 Going through the sportsperson's Instagram account, he is living a comfortable life. He often shares pictures of traveling and hanging out with his friends. So, he might be enjoying a single life to focus more on his career.

Hopefully, we will find more about Vervisch's relationships in the future.