When discussing the touring car series, one can certainly not miss the World Touring Car Cup (WTCR). It has been at the forefront of the touring series for several decades. Likewise, many drivers debut in the tournament each year, and joining them is Hyundai Motorsport's pro racer Jean-Karl Vernay.

Although not a new face in motorsports, the sportsman only began his WTCR journey in 2018. He has since remained a constant presence in the series and ranked in the top three twice. However, this isn't the only victory Vernay has achieved in his career. He is also a former TCR International Series Champion.

So, let's learn more about this skilled WTCR driver's racing journey and background in this biography.

Jean-Karl Vernay Comes From A Family Of Motorsports Enthusiast

The professional racer was born on October 31, 1987, in Villeurbanne, France. His parents are massive motorsports fans who opened his eyes towards racing from an early age.

Jean-Karl Vernay's father, Philippe Vernay, drove karts in his youth. He helped his son to fulfill his motorsports persuasion from the beginning. Likewise, Jean-Karl's mother, Veronique Vernay, often posts pictures of his races and results on her Instagram account. 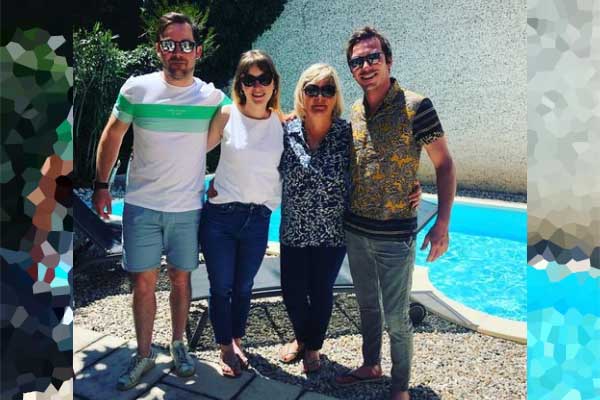 The racer's brother, Sandor Vernay, previously competed in the Motosports Championship. However, he seems to have quit racing now.

Vernay's younger sister, Sixtine Vernay, is the founder of a French lingerie brand, Sislo Lingerie. It is the first French brand that makes its products from upcycled fabrics.

The driver began learning how to race at five on a track near Lyon. His family's support and commitment led him to start competing at ten. Furthermore, Jean-Karl also continued his education alongside racing. He holds a degree in Communication Science.

Jean-Karl Vernay Net Worth And Career

Like most drivers, Vernay started by contesting in karting competitions. His notable results include being a runner-up at the 2002 Monaco Kart Cup and the 2004 Open Belgian Championship.

Eventually, he moved to single-seater in the following season. So, Jean-Karl Vernay's net worth mainly comprises his earnings from his racing profession.

Jean-Karl joined Signature Team to compete in Formula 3 Euro Series. He came close to winning the 2008 F3 Macau Grand Prix but finished in the second position. He then moved to win the 2010 Firestone Indy Lights.

However, the champ switched to the touring car series after winning the Indy Lights title. He has since competed in Le Mans, TCR International Series, endurance racing, etc. Let's see some of his rankings on various races below:

As mentioned earlier, Vernay began contesting in WTCR with Audi Sport Leopard Lukoil Team in 2018. His most notable results are ranking third in the 2020 and 2021 FIA World Touring Car Cup.

Similarly, ZipRecruiter states that a professional racer's average income is $20 an hour and $40,904 a year. So, Vernay's salary must also be around that range.

Aside from that, the driver's earnings also come from his endorsement deals. He is endorsed by Leopard Natural, Bell Racing, Sylvain Renard, Hyundai, Ortovox, Tecnica Sports, etc. In addition, he must earn a notable commission fee for promoting their products.

Thus, Jean-Karl Vernay's net worth must be a considerable sum from his racing profession. Another person who is known for racing in WTCR is Frédéric Vervisch.

The Frenchman has been a renowned name in the racing world for many years. His outstanding skills and racing accomplishments have earned him a massive fandom.

Likewise, his fans are eager to learn about his family life or relationships. So, searches regarding Jean-Karl Vernay's wife or whether he has any children are nothing new. Well, the driver isn't married yet, but he is dating a lovely girl.

Jean-Karl Vernay's girlfriend, Cecilia Venier, is his number one supporter and racing fan. She often attends his races to cheer for his success.

The pair hasn't precisely revealed when they first began dating. Still, going through Vernay's Instagram account, he first posed next to his partner, Cecilia, in 2019. So, the couple might have started their relationship around that time.

On one of Jean-Karl Vernay's Instagram posts, his partner is seen wearing a big diamond ring on her left ring finger. He even captioned the photo with a ring so, it seems like the lovely couple are engaged now. However, the pair haven't shared their marriage plan. 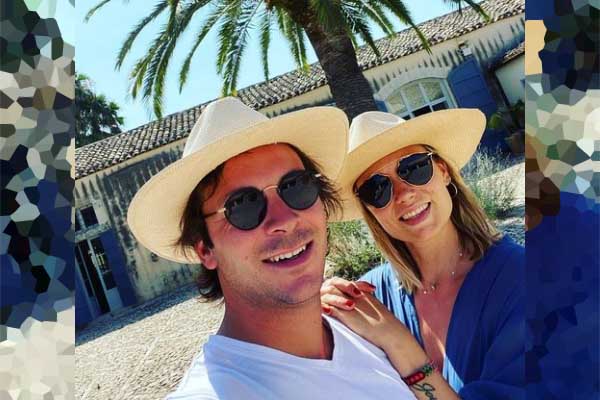 The duo often share pictures of their travels and vacations on social media. Although Jean-Karl Vernay's partner Cecilia's Instagram is private, she might have posted many couple snaps there.

Hopefully, we will continue to see the lovebirds together in the future.