Since its formation, the World Touring Car Cup (WTCR) has seen many incredible talents. However, no one could hold a candle to the legendary Yvan Muller. He has remained the dominant face in the series, with four WTCC titles in his name.

The racer has participated in numerous racing series for more than three decades. For instance, he contested in Formula 3 races, British F2, British Touring Car Championship, endurance racing series, etc. Moreover, the driver has won many trophies and victories. He is also the ten-time titleholder of the Andros Trophy ice racing series.

So, let's learn more about this iconic racing personality's family, career, earnings, and more in this biography.

Yvan Muller's Sister Was A Racer

The sportsman was born on August 16, 1969, in Altkirch, France. His parents owned a haulage business and raised him in a good environment.

Yvan Muller's father was an amateur Hillclimb racer in the 1970s. However, he didn't pursue it much due to various reasons. Likewise, Yvan's mother must have supported his motorsports passion from the beginning.

Yvan's elder sister, Cathy Muller Ehrlacher, started the racing in their family. His dad bought his sister a kart for fun when she was young. But, Muller's sibling, Cathy, transitioned from random practices to competing in Formula 3, Formula 3000, and World Sportscar Championship. 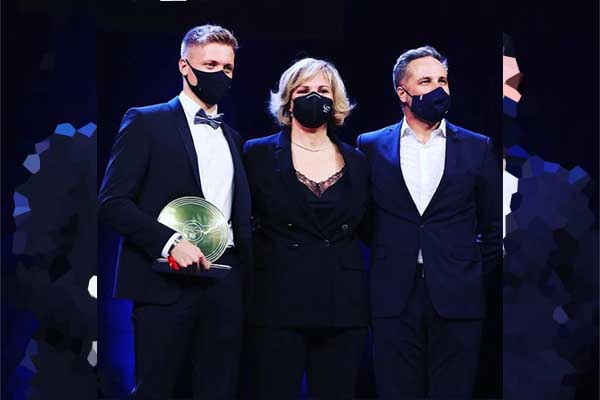 Similarly, the racer's brother-in-law, Yves Ehrlacher, is a former French professional football player. His nephew, Yann Ehrlacher, is the two-time WTCR champion. In addition, the uncle-nephew duo has raced together and against each other.

Yvan followed in his sister Cathy's footsteps in karting. He also took lessons from her and occasionally did karting together.

Yvan Muller Net Worth And Career

As mentioned earlier, the French racer started karting at a young age. Muller had massive potential and won the French and European Karting Championship in 1981 and 1986.

Finally, the kart rider moved to single-seaters with BSL Competition in 1988. Like other racers, he was determined to race in Formula 1 and began competing in Formula Renault and Formula 3.

Muller's first championship win came at the 1992 British Formula 2. He then advanced to Formula 3000 but couldn't move forward to F1 due to financial issues. He then switched to touring car series and began competing in Touring Car World Cup, French Supertouring Championship, and British Touring Car Championship.

Let's see some of his results in the touring car series below:

Alongside earning popularity, the driver must have made considerable earnings. As ZipRecruiter states, the pro racer's pay is $40,914; Muller's salary must be more, considering his years of expertise.

The racer's income also comes from his various endorsement and sponsors deals. He earns a commission from his sponsors, Fjork Merino, Duessey&Co, Stand 21 Racewear, etc.

Thus, Yvan Muller's net worth must be a notable amount from his racing profession.

Yvan's Income From His Racing Team

Alongside competing for other teams, the professional racer has started his own motorsports team M-Racing. It includes his nephew, Yann, Natan Bihel, and others.

Muller's racing team also provides coaching and pilot courses for new racers. It charges $1,258.91 (€1,100) to train those with a car and charge an extra fee for supplying their vehicles. Let's see some of the M-Racing team's prices for their cars offered below:

The group also offers a VIP laps package to their clients. Its cost begins from $343.34 (€300) with any drivers they desire.

Thus, Yvan Muller's net worth benefits from his earnings from his racing team.

The sportsperson has been an inspiring figure for many young drivers in the WTCR. His position as the four-time WTCC titleholder acts as a challenge for many.

Since the race car driver has gained immense success in racing, many people might be curious about his private life. So, searches related to Yvan Muller's wife or partner often pop up on the internet.

Well, the Frenchman is happily married to his spouse, Justine Monnier. She is a former alpine ski champion and a pilot. In addition, Yvan's partner, Justine, is his number one fan and has remained his loyal supporter from the beginning.

The couple hasn't precisely revealed when they first met. Moreover, the pair dated for a while before getting hitched.

Yvan Muller's wife, Justine Monnier, is a senior manager of the M-Racing Team. She often attends her husband's races and accompanies him at social functions. However, Yvan's lady love, Justine, is a private person and rarely poses next to him on social media.

Muller Is A Father Two Girls

The race car driver is a proud father of two lovely girls. His eldest daughter, Nina Muller, prefers to remain in the shadows like her mother, Justine. In addition, she has grown up and lives separately from her parents.

Yvan Muller's youngest daughter, Tia Muller, was born in December 2013. She is adorable and often joins her dad in his practices. In addition, the driver's little girl has learned karting and usually goes for laps. 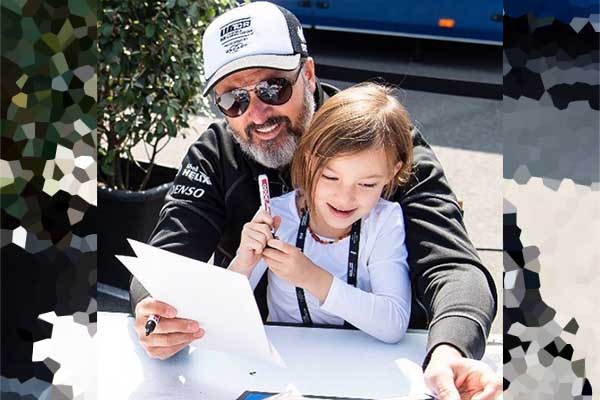 Muller's children must be very proud of his motorsports passion. Hopefully, we might see them following in his footsteps in the future.