Philip Ellis is a British-German-Swiss racing driver who is competing in the 2021 DTM for HTP Winward Motorsport. Since his debut in the scene, he has seen a couple of relatively successful years.

With so many years ahead of him, Ellis hopes to cement his name in the history of automobile racing. Despite not having any prior racing experience, he has stunned the crowd with his outstanding driving skills and passion.

Today, we will take a brief look at Philip Ellis' biography and learn about his journey to the professional scene.

The British-German-Swiss driver was born on 9th October 1992. Philip Ellis' parents raised him in Munich, Bavaria, until he turned six. Afterward, the Ellis family moved to Baar in the Swiss canton of Zug.

Even though Ellis is gaining immense popularity and recognition among motorsports fans, he has chosen to keep the whereabouts of his family a secret. Consequently, the names of his parents and siblings remain well-hidden from the public eye.

Philip Had No Prior Racing Experience

Unlike many emerging race car drivers like Kelvin van der Linde, Sophia Flörsch, and Nico Müller, Ellis entered the racing scene pretty late. He neither had prior experience of kart racing in his childhood nor was he very fond of cars. 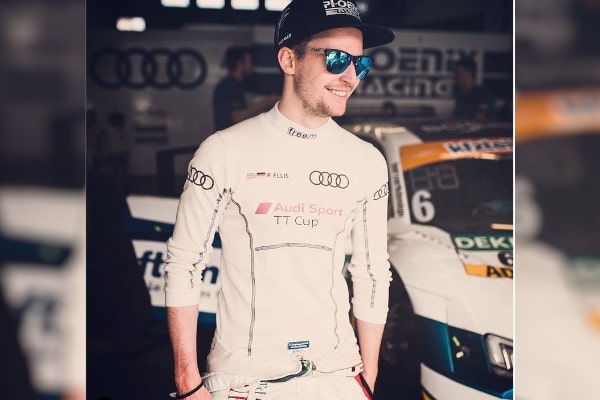 Before Philip Ellis took a liking to professional driving, he played ice hockey for almost a decade in his childhood. Photo Source: Philip's Instagram.

In contrast, Ellis played ice hockey for almost a decade on the youth team of EV Zug. In addition, he was an excellent academic student and often devoted his time to his studies. It was not until 2010 when a particular incident sparked Philip's interest in racing and paved the way for him to become a professional driver.

As a reward for his exemplary academic performance, Philip Ellis' parents allowed him to drive in a Formula BMW in the Llucmajor circuit. It was just meant to be a recreational activity and a break for Ellis from his studies. However, Ellis liked the thrill and adrenaline rush that came with it and decided to become a race car driver.

As for his studies, Philip is currently enrolled in the University of Lucerne, studying business administration. Nevertheless, he is solely focused on his motorsports career.

Ellis' passion and keen aspiration to become a professional driver led him to sign a contract in 2011. He promptly won the LO Formula Lista championship title, a Swiss entry-level series for formula racing to promote and develop young talents.

Nevertheless, due to his studies, Philip did not return to the motorsport world until 2016, when he competed in the Audi Sport TT Cup. In the following year, he secured the championship title of the tournament.

The sportsman came to the limelight after he started competing in the ADAC GT Masters, one of the most competitive GT3 series in the world. In 2018, he debuted at the event, immediately winning the season opener in Oschersleben as a rookie.

Despite not having any prior experience, Ellis has shocked the world with his driving skills and ambitious personality. He secured an overall seventh place on his debut at the ADAC Total 24H race at the Nürburgring in 2019.

Let's watch a short video of Philip Ellis' shot ahead of the DTM tournament:

Philips Elli's racing career is far from ripe, and he has many more years ahead of him. Nonetheless, his dedication and passion for the sport are praiseworthy.

Philip Ellis Net Worth And Earnings

The emerging Munich-born driver is making waves with his early success in the racing scene. Consequently, motorsport enthusiasts are eager to learn about Philip Ellis' net worth as he continues to gather fame in the profession.

If you are one of them, come along as we inform you about the wealth and income he gained through his racing career so far.

Philip's Earnings As A Professional Driver

The average annual salary of a professional driver, according to ZipRecruiter, is around $45,000, which varies according to experience, sponsors, and events won. Given Ellis' expertise and accomplishments in the field, his income must be around the same range, if not more.

Besides, Philip has represented many popular teams throughout his racing career. As such, he must have collected a hefty sum of cash from those organizations. 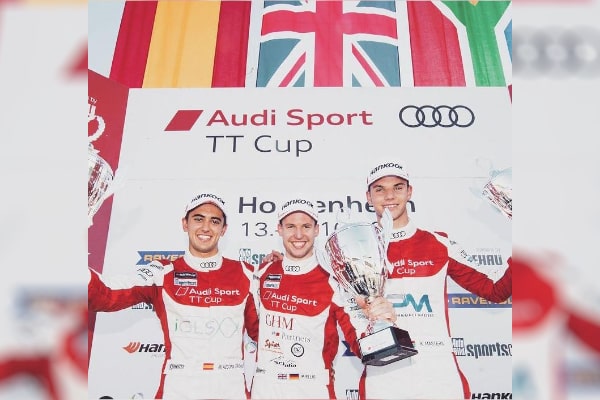 As aforementioned, the racing driver has won some of the most reputed major racing tournaments like the Audi Sport TT Cup, Formula Lista Junior, etc. These competitions offer cash prizes ranging around $25,000.

Even though the British-German-Swiss driver has not spoken about his revenue publicly, considering his lavish lifestyle and success in the motorsport world as a driver, Philip Ellis' net worth is sure to have exceeded a couple hundred thousand dollars.

Who is Philip Ellis' Girlfriend?

As the dashing DTM driver gathers wealth and fame from his racing endeavors, motorsports watchers are curious to get a deeper insight into his relationship and love life. But, unfortunately, we can only speculate about Philip Ellis' girlfriend as there is no trace of romance in any of his social media accounts or interviews.

Reportedly, Philip spends most of his vacations in Zug, Switzerland, relaxing with his family and friends. Perhaps Ellis' love is brewing back in his native land, where he spends the majority of his off-season, or in Germany, where he resides during racing seasons. Nevertheless, he has yet to comment on his partner at the time. 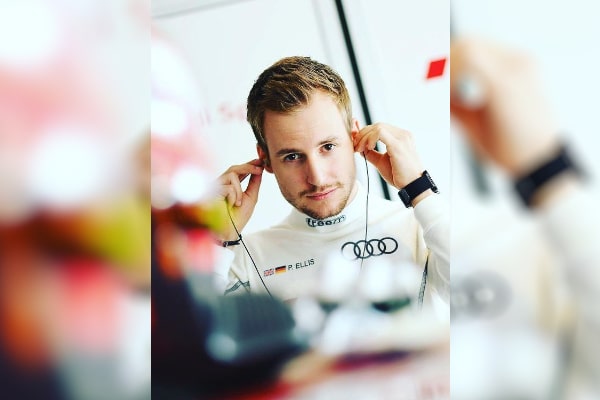 DTM racer Philip Ellis has yet to comment on his love life and intimate connections. Photo Source: Philip's Instagram.

As the popularity of this young Swiss athlete is growing by the day, we are hopeful of hearing about Philip Ellis' girlfriend soon. However, since he is steadfast in his career and is concentrated on decorating his resume with more awards, he might be single at the moment.

Is Philip single or taken? We are not sure, but we are confident that he is living up to his dreams of battling at the top level of motorsport events. With his growing popularity, we can be sure he will find someone with a similar love interest soon enough.

DTM racer Lucas Auer started competing in kart racing when he was only 7. After finding ...

Arjun Maini is an Indian racing driver best known for his performances with Trident Racing ...