Lucas Auer is an Austrian racer who drives for BMW in the DTM. Photo Source: Lucas' Instagram.

As the 2021 Deutsche Tourenwagen Masters (DTM) concluded on 10th October, the German racer Maximilian Götz was crowned champion. The tournament was in full swing for more than three months. And the crowd got to see many young talents as well as veteran drivers.

Lucas Auer is one of those drivers who was able to impress motorsport fanatics with his performance. The Austrian racing driver drove for HTP Winward Motorsport and secured the fifth overall position with 152 points on the board.

Today, let's take a brief look into Lucas Auer's biography and peer into his journey of converting his childhood dream into reality.

The Austrian driver was born on 11th September 1994 in Tyrol. Lucas Auer's parents raised him alongside his older brother. The names of his father and older siblings are not disclosed but we do know that Auer's mother is Claudia Auer.

The Auer family owns a logistic company in Tyrol. Lucas spent most of his childhood there, working together with his family. He grew up admiring the landscape beauty of the place and fell in love with nature.

It is no secret that Lucas is the nephew of former Formula One racer Gerhard Berger. In reality, the very fact is a primary reason that the DTM racer has gained rapid popularity among international motorsports fans. 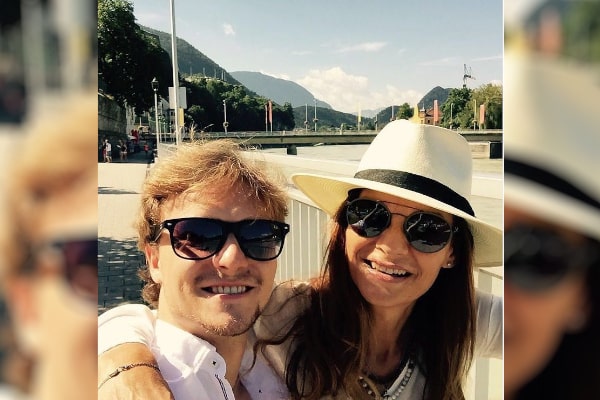 Surprisingly though, it was not his uncle who pushed young Lucas to pursue a career in racing. Instead, Lucas Auer's father and older brother are the ones who showed him the way towards racing. He drove his first mini kart when he was just four years old.

Afterward, Lucas regularly drove karts, albeit just as a hobby. However, it was not until he turned six that he took part in his first competitive racing event. He participated in the Tyrolean Championship, where he became vice-winner in 2001 and winner in 2002.

After karting since the age of four, Auer decided to make a big move and debuted in the JK Racing Asia Series, the successor to pacific Formula BMW. As a result, he was able to uplift the championship title at the first attempt in 2011.

Lucas then split his time between the German Formula 3 Championship and the Toyota Racing Series in 2012. A year later, he climbed up to the Formula 3 Euro Series.

The Austrian driver first joined the DTM in 2015. He was placed alongside Gary Paffett in the new ART Grand Prix squad. Although Auer collected a handful of points at first, he finished 23rd overall in the championship.

Next year, Lucas was transferred to Mücke Motorsport, partnering with Christian Vietoris for the campaign. He claimed his maiden DTM race victory at the Lausitzring and finished 12th in the overall event.

Let's watch a short clip of Lucas Auer's interview ahead of the 2021 DTM race:

The sportsman drove for Mercedes until the 2018 DTM. Nevertheless, Lucas did not see any significant success in the tournament. This resulted in Mercedes withdrawing from DTM at the end of 2018, leaving Auer without a racecar.

Subsequently, the Austrian racer lost his DTM seat and was forced to sign up with the Red Bull Junior Team for the 2019 Super Formula. Here he drove the fastest lap and finished 9th overall. After competing in Super Formula for a year, he returned to DTM in 2020 after partnering with BMW and finished 12th.

Lucas Auer Net Worth And Earnings

Lucas started go-karting when he was four, and since then, he has won some of the major races around the globe. The athlete has come a long way in his professional journey. Consequently, motorsports watchers can't help but wonder about Lucas Auer's net worth and earnings.

As reported by ZipRecruiter, the average annual salary of a professional driver is around $45,000, which varies according to experience, sponsors, and events won. Given Auer's expertise and accomplishments in the field, his paycheck must be around the same range, if not more. 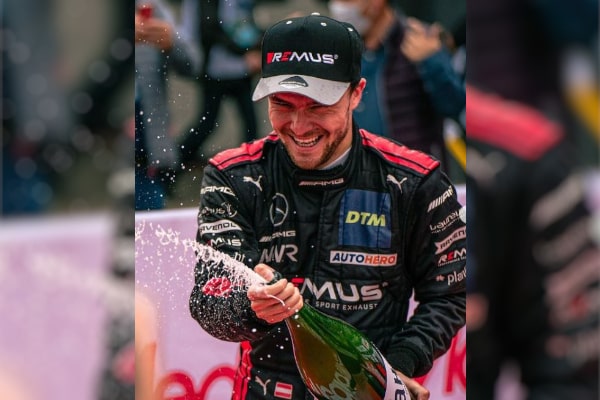 Similarly, Lucas has competed in prestigious motorsport tournaments like JK Racing Asia Series, Formula 3 championship, Super Formula, etc., and has won several races. As a result, he has likely amassed decent revenue from the prize money.

Besides, Lucas has been sponsored by famous brands like REMUS, Planlicht, Ravenol, etc. With so many sponsors behind his back, he must collect a hefty sum of money from them.

Even though the Austrian driver has not spoken about his fortunes publicly, considering his lavish lifestyle and success in the motorsport world, Lucas Auer's net worth is sure to have exceeded over a couple of thousands of dollars.

Who is Lucas Auer's Girlfriend?

As Lucas continues to make headlines with his driving skills, it is hard not to get intrigued by his love life. But, unfortunately, there is no indication of romance and intimate connections in any of his social media accounts and interviews.

Even though the BMW driver has been pretty open about his family, he has remained quiet regarding his past dating experiences and romantic life. Who knows Lucas Auer's girlfriend might be from his hometown where he spends his vacation, or from Germany, where he resides during racing season. However, he has yet to comment about his significant other. 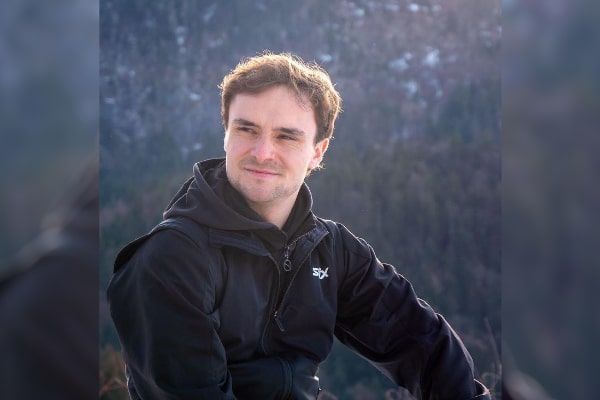 Lucas Auer has yet to comment regarding his love life in front of the public. Photo Source: Lucas' Instagram.

Nevertheless, it is worth mentioning that the racer has dedicated most of his life to his career and often describes motorsports as his first love. Therefore, it is highly plausible that Lucas might be single at the moment.

Furthermore, he leads a hectic schedule and is constantly occupied with improving his driving skills. As such, he has little to no time to brew up a romantic relationship.

Is Lucas single or not? We are unsure but can be confident he is living up to his childhood dream of competing at the highest level of motorsport. Nevertheless, we hope to meet with Lucas Auer's girlfriend soon enough.