Gary Paffett has been a household name for motorsports for more than two decades. He worked his way up from karting to competing in Formula racing. Moreover, the racer has also tested for Formula One several times throughout his career.

The athlete has been a regular competitor in Deutsche Tourenwagen Masters for fifteen years and has won twice. Furthermore, the sportsman has also competed in Formula E Series. He raced for two seasons for the racing event.

So, let's go through Gary Paffett's family background, career details, and relationships in this biography.

Gary Paffett Has A Supportive Family

The race car driver was born on March 24, 1981, in Bromley, London. He was raised by two hard-working parents in a rural village. Moreover, Gary Paffett's father, Jim Paffett, was a huge motorsports fan and often competed in club racing. The latter gifted him his first go-kart at the age of nine.

Gary's family wasn't wealthy and could hardly afford the fundings for his budding motorsports career. Nonetheless, his dad spent most of his money to help him progress in racing.

Likewise, Gary Paffett's mother and big sister accompanied him in traveling around the country. They were always cheering for him on the sidelines. 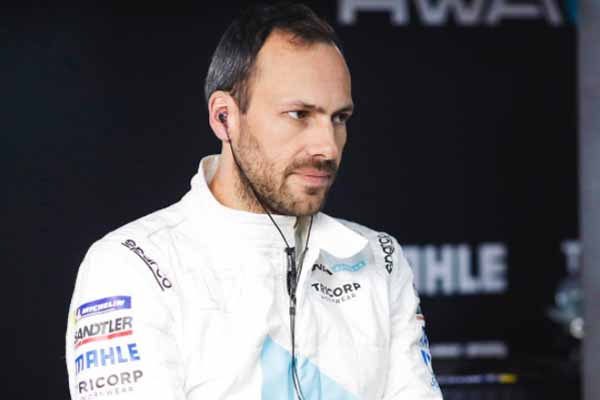 The teen also didn't let his family down and improved his karting skills to new levels. As a result, he had favorable results in two seasons of the British Cadet Championships. Moreover, the racer began attracting the attention of British karting teams. Eventually, the karting legend Martin Hines selected him for his Zip Young Guns team.

There is little information available regarding the driver's educational background. But, he must have graduated from high school in his hometown.

Gary Paffett Net Worth And Career

The British racer has come a long way from his humble background. Although not an F1 driver, his achievements have made him an iconic figure in motorsports. As such, Gary Paffett's net worth must be considerable.

The sportsperson's salary also comes from his endorsement and sponsorship deals. Aside from racing, he is currently working as Sporting and Technical Advisor to the Mercedes-Benz EQ Formula E team. His behind-the-scenes job must also add up to his income.

Aforementioned, Gary Paffett kicked off his career by competing in local karting tournaments. After signing up with Martin Hines' team, he began participating in the junior section of British karting championships. His most notable result was winning the 1995 British Junior TKM Championship and the 1996 McLaren Mercedes Karting Champion of the Future.

Afterward, the kart racer moved up to single-seater car racing in 1997. He won his first championship title a year later at the 1998 Formula Vauxhall Junior Class B. Furthermore, the British driver continued his winning streak the following season and became the 1999 Formula Vauxhall champion. He then debuted in Formula 3 a year later.

Alongside racing titles, Gary won the prestigious McLaren Autosport BRDC Young Driver of the Year award in 1999. In addition to prize money, he also got an opportunity to test drive for F1 with McLaren. Moreover, the formula racer was a test driver for the team every year until 2014.

Paffett has participated in numerous championships over the years. Some of them are listed below:

The Formula 3 racer decided to embark upon a new series, Formula E, for the 2018-19 season. He raced for HWA Racelab and finished the championship in 19th position. Furthermore, Gary is currently a test and reserve driver and performs a managerial role in Formula E.

The formula driver's first entry in DTM was with Team Rosberg in 2003. Unfortunately, he and his teammate Nicolas Minassian finished their debut season in the eleventh position. Nevertheless, Paffett upped his ranking to runner-up in the 2004 DTM. Furthermore, eventually, he won his first DTM title in the 2005.

The DTM champion took a break the following year to concentrate on his role as a test driver for the F1 team. However, he made a comeback in the championship in 2007 and continued competing regularly for many seasons. But he couldn't obtain the title due to crashes, team problems, etc., for many seasons.

Finally, Paffett won his second DTM title in 2018. He scored three wins out of twenty races to earn his title. Moreover, the season also proved to be a farewell for Gary as his team Mercedes departed from DTM the same year. 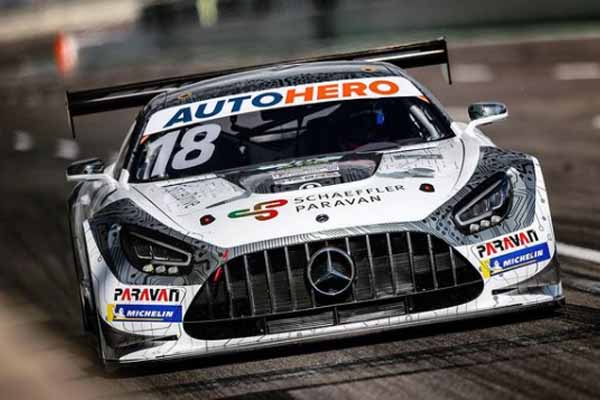 After being away for three seasons, the former DTM champ was set to make a highly-anticipated comeback in the 2021 DTM. This season nineteen drivers are competing for the prize money of $86,954.63 (€75,000).

However, due to the clashes with the Formula E calendar, the English driver couldn't race in the tournament. So Maximilian Buhk has replaced him and made his debut for this season. Nonetheless, Gary still has an upcoming season to make his grand return in DTM.

Hence, Gary Paffett's net worth must have risen alongside his successful motorsports career.

Income From Endorsements And Sponsorships

The Formula 3 racer is a veteran with many victories under his belt. He has enjoyed multiple endorsement offers and sponsorships from the beginning of his career. For instance, Gary became SAP's brand ambassador during his Formula E debut season. He sported the company's branding on his race suit and helmet.

Paffett is currently sponsored by MB Partners, Fitbit, Schaeffler Paravan Technologie, Bell Helmets, etc. In addition to wearing their name on his racing suit, he promotes their products on his social media accounts.

Who Is Gary Paffett's Wife?

The formula expert has had many people supporting and backing him from the beginning of his motorsports career. However, only one of them has seen him sweating blood and tears to reach his current status. And that person is his partner, Lisa Paffett.

The pair's history goes back to their childhood. Gary was fourteen when he met his now-partner at a kart circuit. Moreover, he tried to court the latter from the beginning but often faced rejections. Eventually, the couple started dating, and it turned into marriage a decade later. 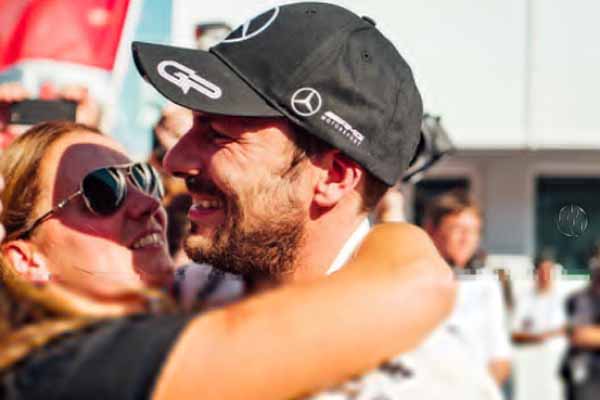 Gary Paffett's wife, Lisa Paffett, is often credited for doing the right thing and taking charge when necessary. She also often attends his matches to cheer for him. Both parties' understanding has led them to be in marital bliss even after so many years.

Gary was pretty young when he became a father for the first time. His firstborn, Harvey Paffett, was born in early 2004. Furthermore, during that time, Paffett was busy with DTM races. But, he managed to attend to his newly born child alongside competing.

Soon after, Gary Paffett's younger sons Freddie Paffett and Alfie Paffett joined the family. His competitive nature has been passed down to all of his sons.

All three kids enjoy playing hockey, rugby, cricket, and tennis in the school. They also sometimes ride go-karts around their house. 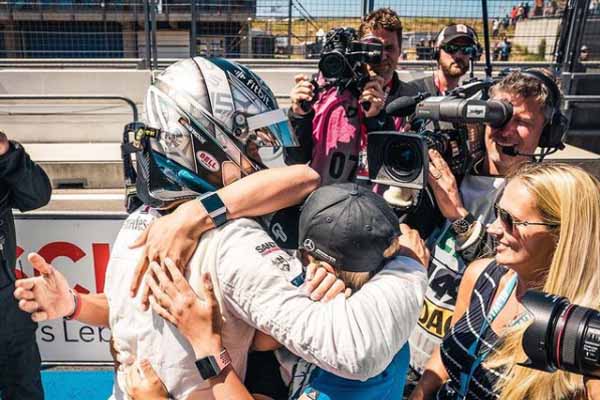 Gary Paffett missed the DTM Championship of 2021. But, he is still training to give excellent results in the upcoming Formula E matches. Nonetheless, hopefully, we will see him returning to the DTM event the following season in 2022.