Mike Rockenfeller, better known by his nickname Rocky, is a well-known professional German racing driver. Rockenfeller began his racing career at a young age and quickly made a name for himself. With his exceptional athletic performance and rapid pace on the racing track, the sportsperson has captivated the attention of many sports enthusiasts worldwide.

At the age of 11, Mike Rockenfeller had already won the Bambini North state competition in kart racing. In 2007, Rockenfeller became an Audi factory driver, competing in the DTM (Deutsche Tourenwagen Masters). In 2013, Rocky participated in the DTM championship and won his first DTM title as a racing driver.

With his drive and ambition, Rockenfeller has become the aspiration of millions of young racers. Let us now learn more about him.

Mike Rockenfeller was born in Neuwied, Germany, on October 31, 1983, to parents Helmut Rockenfeller and Anne Rockenfeller. The athlete grew up in the countryside. As a child, Rockenfeller wished to be a farmer or work in his father's workshop. While visiting his parents in Neuwied, he still enjoys running the family tractor and driving around their fields.

Even as a child, Rockenfeller always knew he would one day want to pursue a career related to racing. The racer said in an interview that he has always wanted to drive anything with wheels. He then went on to state how when he was eight or nine years old, he had pestered his father to let him test-drive a kart, which originally sparked his racing enthusiasm. 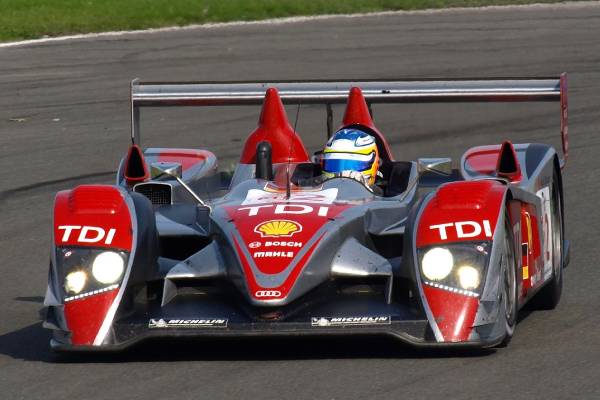 But before becoming a professional racer, Mike completed his training as a mechanic, which certainly aided him in developing automobiles. Growing up in an environment surrounded by motors and workshops may have influenced his love for racing and designing automobiles, ultimately influencing his career path.

Even though Mike is world-famous for his racing accomplishments, the racer claims that they are not the most important aspects of his life. His family and friends are far more important to the motor driver than any championship or victory.

Rocky's family and friends are clearly his strength, and they have played a significant role in him accomplishing his racing passion.

Mike Rockenfeller revealed in an interview that he started racing professionally when he was 18 years old, just a few months after getting his driver's license. His racing career, on the other hand, began much earlier.

Let's take a look at how he progressed from a kid nagging his father to test drive a kart to be one of the greatest competitive professional racers.

As mentioned above, Mike started his racing career in 1995 by racing karts and winning the Bambini North State Championship. Following Rockenfeller’s victory, he competed in various local and national karting races from 1995 to 2000.

In 1997, he bagged the 1st position in the DMV Junior cup. Even after switching to cars in 2001, he competed in and won the Jon Van Omenn Kart Super Series in 2002. Switching from karts to cars gave Rockenfeller a new experience and drive. So, in 2001 when he raced for Formula Konig, he finished in fourth place. Although he did not win, it did not take the racer long to start making progress on the tracks.

Rockenfeller's dedication and passion on the track were so remarkable that by 2005 he had become a full-time Porsche factory diver. He returned to the FIA GT Championship the following year, winning the GT2 Drivers title alongside Marc Lieb, another Porsche factory racer.

Rockenfeller also won the GT2 class at the 24 Hours of Le Mans with Marc Lieb and Leo Hindery.

From Porsche to Audi

In 2007, Rockenfeller joined the Audi factory for the DTM and raced for Audi Sport Team Rosberg in an A4 DTM. In addition, he raced an Audi R10 in the 24 Hours of Le Mans. Moreover, in 2008, the racer drove for Audi Sport Team Joest in the Le Mans Series alongside Alexandre Prémat. Although the pair were not victorious, they did grab the title of 1000 km in Silverstone.

Rocky also competed in the 24 Hours of Le Mans for Audi sporting an Audi R10, where he shared the third shift with Alexandre Prémat and Lucas Luhr. For 2009, Rockenfeller continued in the DTM with an Audi A4 for Team Rosberg, where he finished in 11th position.

Rockenfeller’s first win in DMT, however, was not until 2011 in Zandvoort for Abt Sportslin Team. Overall, he finished sixth at the end of the season.

In 2011, Rockenfeller was involved in a heart-wrenching collision when his Audi R18 slammed a guardrail at 185 mph and ricocheted across the track into another barrier in pitch-black darkness.

Fortunately, Rockenfeller leaped out of his car to safety and was lucky to escape with only minor injuries. The player was then kept at a hospital overnight for further observations. Just three weeks after the crash, Rockenfeller was back on the field to race in DTM, where the athlete finished in 6th position in an Audi A4.

Some of his other remarkable racing highlights with their stats are:

Rockenfeller has since then fought many more races, relishing successes and learning from setbacks. Recently, the racer is taking time and working on himself to bring about more victories in the future.

Mike Rockenfeller Net Worth and Earnings

Being one of the best racing automobile drivers, Mike Rockenfeller gains both his fame and fortune from his racing career. The racer, on the other hand, remains hesitant to share his finances with the public.

The racer has been a part of the DTM since 2007 and has won numerous races. Moreover, Mike has also won a lot of other racing tournaments that offer grand prizes. Therefore, we can say that Mike Rockenfeller's net worth has significantly improved with races alone.

In addition, Mike Rockenfeller is the CEO and Founder of RCCO E-Sport AG, a start-up company founded in March 2020 with the objective of developing esport enterprises. Furthermore, his sponsorships contribute significantly to his net worth. So, we can safely assume Mike Rockenfeller’s net worth to be of a grand amount. 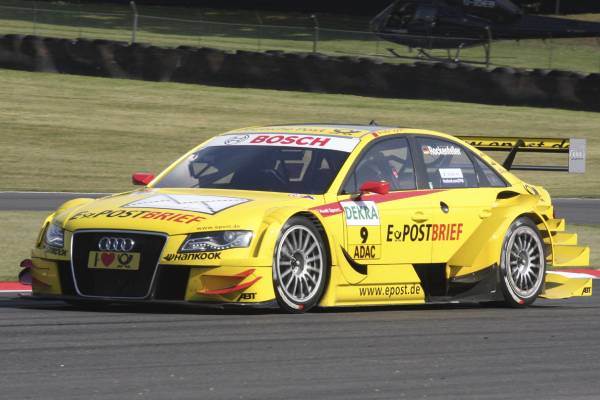 Mike Rockenfeller has earned a massive fortune from his career as a racer. Photo Source: Wikimedia Commons.

On top of that, the racer lives in a stunning house at Lake Constance and enjoys a lavish lifestyle. In an interview, he also mentioned that he and his wife travel to many places. Mike Rockenfeller's net worth clearly provides him a comfortable lifestyle.

Mike Rockenfeller, aside from being one of the talented race drivers, is also a husband and father of three. The attractive race car driver and his wife Susanne Schaller, along with their boys Phil and Paul, and daughter Stella, are currently enjoying their life at Lake Constance, Switzerland.

On Christmas in 2020, the sportsman welcomed a new addition to his family making their Christmas very special. The couple is elated with the birth of their third child and the newborn's brothers are very proud to have a little sister. Stella is very fortunate to have such amazing parents and loving brothers to look up to.

Mike and his partner enjoy the scenery and country lifestyle that reminds the duo of how they felt as children, which is very important to them.

Mike Rockenfeller's wife and he are the sorts of parents that love to spend time at home with their children and are quite close to them. Mike shares his enthusiasm for racing with his children by bringing them out on little tractors or model cars. When things in his racing career do not go as planned, Rockenfeller says he relaxes by spending time with his wife and children.

It is only natural for boys to look up to their fathers, and having such an incredible athlete as a father will surely inspire them. So there is a potential that one of Mike Rockenfeller's sons may develop an interest and pursue motor racing as a career. 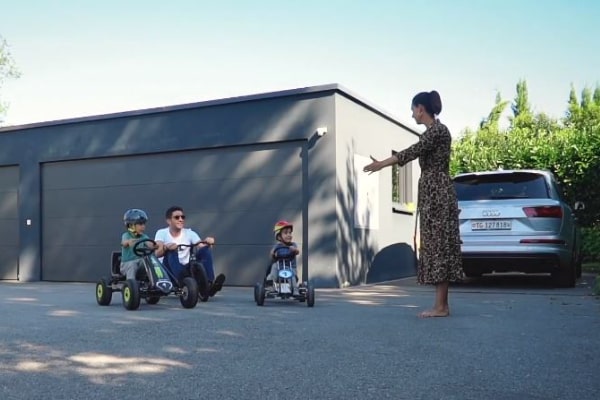 The married pair seem to be deeply committed to one another and wish to see each other at their best. Rockenfeller's spouse Susanne, who previously worked for German and Swish fashion companies, even secretly hired a personal trainer for her husband, who proved to be a vital component in Mike's 2013 league victory.

The couple is both very private individuals who do not discuss much of their personal lives with the outside public. Rocky even took the initiative to disable all his social media accounts to ensure their privacy. In a now deactivated Facebook post, he wrote,

“You probably know that I’m not a big fan of social media and I’ve never posted about my private life. For this reason, I’ve decided to discontinue my social media activities. It’s just not my thing. I’m looking forward to meeting you at the races or at other events.”

Understandably, Mike has opted not to reveal more details about his life, although we do hope to learn more about Rockenfeller's personal life as time goes on.