The Deutsche Tourenwagen Masters have welcomed many newcomers for their 2021 season. These racers have come from different racing backgrounds and countries. And one of the emerging drivers to look forward to in this season is Maximilian Buhk.

Buhk began his motorsports career as a kart rider in the early '00s. He then switched to the touring car series before gradually making his entrance in DTM. Furthermore, the racer has won many titles in his career. For instance, he is the winner of the 2015 Blancpain GT Sprint Series.

So, let's unravel Maximilian Buhk's racing career and private affairs in this biography.

The race car driver was born on December 9, 1992, in Reinbek, Germany. He belongs to a family of three generations of racers. For instance, Maximilian Buhk's grandfather was a famous racer of his time. He had participated in numerous races, including the legendary Rallye Monte-Carlo.

Maximilian Buhk's father, Andreas Buhk, had also previously competed in Formula 3 and German racing competitions. His most notable result was ranking third in the 1988 Formula 3 Germany Trophy. His mother, Annette Buhk, on the other hand, doesn't seem to have a motorsports background. But she must have been highly supportive of his career choice. 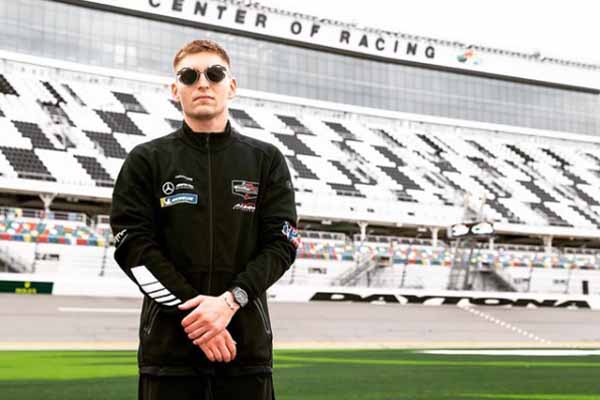 Buhk's brother, Lucas Buhk, has followed the family's tradition into the racing world. He has participated in many karting and car races.

The athlete started his journey by go-karting at MSC Geesthacht. He eventually began competing in local tournaments before making it to International competitions.

Maximilian completed his high school studies in his hometown. After that, he turned his entire focus in racing and hasn't looked back since.

Maximilian Buhk Net Worth And Career

The sportsman has competed in 287 races and won 32 out of them as of October 2021. However, it doesn't seem to be the end for the racer, as he is constantly adding new victories under his belt. Moreover, alongside prize money, he is gaining new endorsement and sponsorship deals.

Hence, combining all the sources, Maximilian Buhk's net worth might be substantial. Furthermore, it will undoubtedly increase in the future.

Maximilian first began competing in Bambini kart races in 2005. He won his first title at the 2006 Northern German ADAC Kart Cup. After that, the driver entered the junior class and gradually worked his way up to senior class in international events. He competed in several seasons of the German Kart Championship and ADAC Kart Masters.

The kart racer made his racing debut with KUG Motorsport at the 2010 ADAC Formel Masters. There he competed for two seasons before switching to touring cars with HEICO Motorsport in 2012. He scored the sixth position on his first match at the 2012 City Challenge Baku GT.

Buhk won his first title at the 2012 FIA GT3 European Championship. He also became the youngest racer ever to win the trophy. Furthermore, a year later, Maximilian clinched another victory at the 2013 Blancpain Endurance Series.

The racer teamed up with Vincent Abril for the 2015 Blancpain GT Sprint Series. The duo won four out of twelve races and clinched the championship title.

Since then, Maximilian has participated in many competitions, and some of them are tabulated below:

The sportsperson is currently participating in the 2021 ADAC GT Masters. He has teamed up with Mann-Filter Team Landgraf-HTP WWR and stands at second position in the championship standings.

After showing his racing skills on numerous platforms, Buhk finally made his DTM debut with Mercedes-AMG Team Mucke Motorsport in 2021. He is replacing Gary Paffett, who could not join the team due to clashing Formula E commitments.

The DTM racer had a good start with finishing 12th in the Monza Circuit. Then, however, his car crashed with an opponent in both races in Nurburgring Circuit. In the aftermath, he had to retire from the races earlier without scoring any points.

The former GT champion also had to retire earlier in race one at Assen Circuit on September 18, 2021. Nonetheless, he increased his pace to finish in the fifteenth position in the second race the following day. 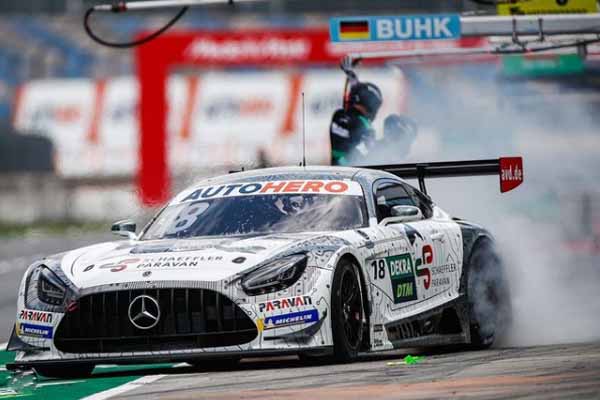 Maximilian Buhk had to retire several times from races due to collisions in the 2021 DTM Championship. Photo Source: Maximilian Buhk's Instagram.

But due to the schedule clash of GT Masters, Maximilian couldn't participate in the seventh round at Hockenheimring Circuit. Marvin Dienst substituted him and finished the race in the fourteenth position.

Hence, Maximilian Buhk's net worth must have risen alongside his progressing motorsports career.

Income From Endorsements And Sponsorships

The German racer is an emerging racing star with lots of potentials. His skills have earned the attention of numerous luxurious brands and companies. Moreover, these firms are eager to provide him with financial backing and sponsorships.

Buhk is currently sponsored by Landgraf Group, MANN-FILTER, Mercedes-AMG, etc. His racing apparel, helmet, and car are also custom-made by different brands. Furthermore, the racer promotes their products on his social media handles.

Does Maximilian Buhk Have A Girlfriend?

The athlete's racing skills and handsome features have attracted many female fans over the years. In addition to being updated about his races, his followers are also curious about his love life. However, the DTM racer seems to be a private person and hasn't revealed his relationship status.

The driver also rarely posts on his Instagram account, making it harder to know about his partner. Nonetheless, Maximilian Buhk's girlfriend was once mentioned by him in one of his interviews. Moreover, the former shared the plans of spending time with her on holidays. 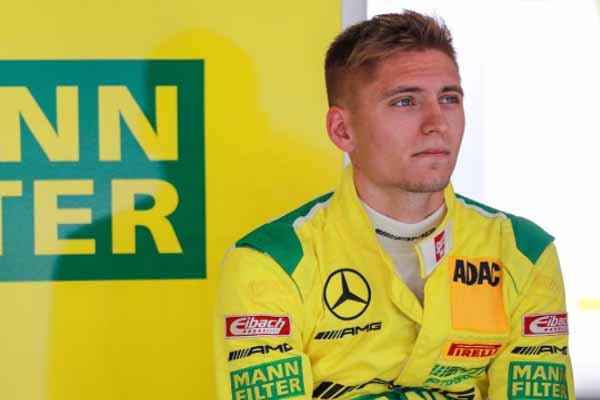 But, at present, it is unclear whether the pair are still together or not. If the couple is then, Buhk has done an excellent job keeping the identity of his girlfriend private.

Maximilian Buhk has his schedule jam-packed with both DTM Championship and ADAC GT Masters. Nonetheless, he is training hard to yield good results in both competitions. Hopefully, with these hardships, he will be able to win the matches in the upcoming days.