Vincent Abril is the 2015 Blancpain GT Series champion who is making his debut at the 2021 DTM. Photo Source: Vincent Abril's Instagram.

Deutsche Tourenwagen Masters (DTM) has been gaining much attention over the years in motorsports. Although formula racing is every driver's main focus, DTM is also becoming a gold opportunity for them. As a result, many race car drivers are participating in DTM championships every year. And one of the racers participating in the 2021 season is Vincent Abril.

Abril began his career as a kart rider before switching to the touring car series. He has also competed in endurance, GT, and the 24 Hours of Le Man's series. Furthermore, the athlete has won many titles with his incredible racing skills. For instance, he is the 2015 Blancpain GT Series - Sprint Cup Pro champion.

Here, we will go through Vincent Abril's racing journey and private affairs.

The race car driver was born on March 1, 1995, in Ales, France. He has dual citizenship from France and Monaco. Moreover, the sportsman realized his passion for motorsports from a young age. He then began taking karting lessons in his hometown.

Vincent Abril's father supported him in his sports career from the beginning. The latter is also credited as a role model for his son. Likewise, Vincent Abril's mother must have also encouraged her son to achieve his dream. Although he isn't from a motorsports family, his parents never tried to stop him from pursuing racing. 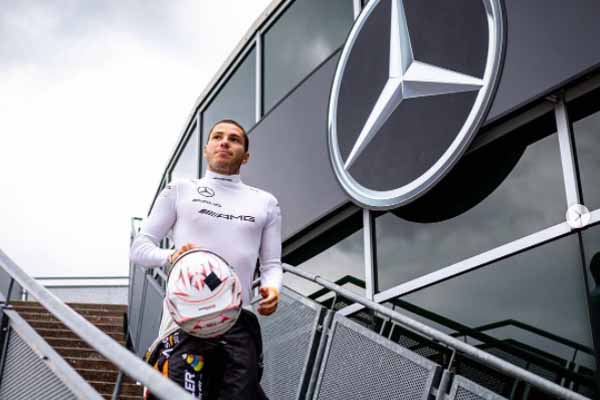 The racer graduated from high school in his hometown. He then made his debut in car racing with Team Speedcar.

Vincent Abril Net Worth And Career

The French-Monegasque driver has participated in 183 races as of October 2021. He has won fifteen of them and ranked average on the other races. So, Vincent Abril's net worth mainly comprises his earnings from his racing career. Besides that, his salary also comes from his endorsement and sponsorships deals.

Vincent Abril made his car touring debut in the 2011 SEAT Leon Supercopa France series. He finished the season in 15th position. Afterward, the racer returned to the second season of the championship. He upped his ranking to 4th with two race wins.

The kart rider then switched to the GT series with the Team Speed Car. His first match was at the 2013 French GT Championship. He ranked fourth in the championship rankings.

The athlete participated in the Blancpain Endurance series the same year. He later changed his team to Bentley Team for the 2015 Sepang 12 Hours. Furthermore, Abril raced with Bentley for four years before departing ways in 2019. He then joined the Mercedes-AMG Team HRT.

Some of Vincent's participated races and his rankings are tabulated below:

Abril teamed up with Louis Prette and his father Philippe Prette for the 2019 Liqui-Moly Bathurst 12 Hour Race. The group completed the match in the sixth position.

The GT racer has finally made his debut in DTM Championship in 2021. He is in Mercedes-AMG Team HRT with Maximilian Gotz and Hubert Haupt. Moreover, the sportsperson ranked second place in race one and eleventh place in race 2 in the first round at Monza Circuit. However, he was later disqualified by DTM due to fuel irregularities. 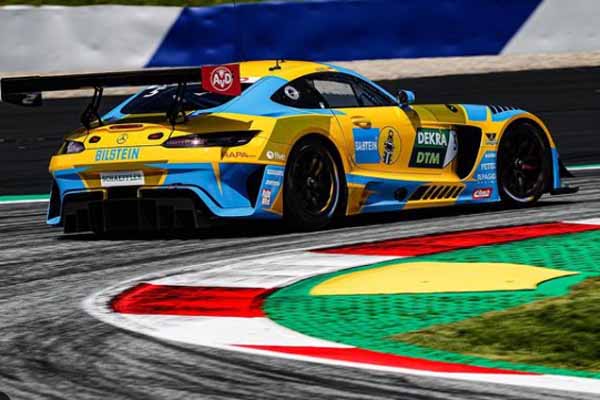 Vincent Abril had a great start in the 2021 DTM Championship but lost points due to fuel irregularities. Photo Source: Vincent Abril's Instagram.

Abril also retired from the first race at the Assen circuit on September 18, 2021. His car was crashed by another racer Arjun Maini causing him to lose control. Nonetheless, the endurance racer completed round seven at Hockenheimring at the ninth position. Although his results weren't satisfactory, he is still hopeful of winning $86,954.63 (€75,000) prize money.

Abril is currently in 13th place behind Esteban Muth in championships' rankings. Still, he has an upcoming round to change his result.

Thus, Vincent Abril's net worth must be a considerable amount from his successful racing career.

Income From Endorsement And Sponsorships

Aside from his professional racing career, Vincent Abril's salary also comes from his endorsement deals. He is a rising star in motorsports, making him the no.1 choice for many brands and companies.

The athlete is currently sponsored by BWT, Bilstein, APM Monaco, Ferrari Races, etc. His racing apparel and helmets are also custom-made by different luxurious brands. For example, PUMA Motorsport has customized his suit for the 2021 DTM season.

Hence, Vincent Abril's income must be enormous from his sponsorship and endorsement deals.

The race car driver also has a YouTube channel under his name. He often uploads vlogs and live recordings of his races. Furthermore, according to Social Blade, the YouTuber earns $0.24 - $4 monthly and $3 - $45 yearly.

Vincent is frequently posting new videos, which will undoubtedly increase his earnings in the future.

Who Is Vincent Abril's Girlfriend?

The DTM racer is recognized for his speed, skills, and agility in the race track. His charming personality and killer looks have won the hearts of many people in the world. As such, many of them are curious whether Abril is in a relationship or single.

The race car driver has previously remained silent about his dating life. But in September 2021 he posted pictures with his partner on Instagram.

The pair were seen enjoying traveling in Naples, Italy. They seem to be a new couple as they weren't spotted together before. Moreover, Vincent Abril's girlfriend appears to be a private person. 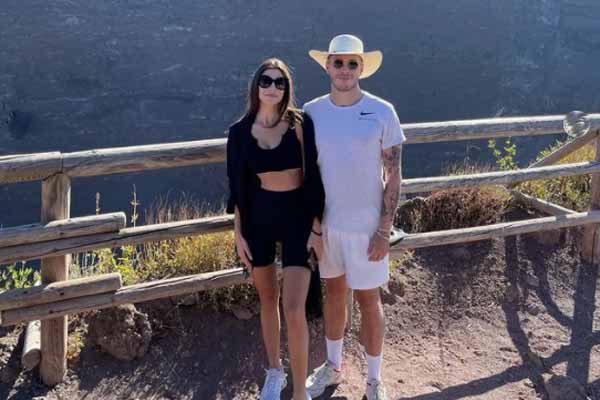 Nonetheless, the duo seems to be enjoying each other's company. We might get more updates on their relationship in the upcoming days.

Vincent Abril is training hard to become the champion of the 2021 DTM tournament. Although he suffered a few setbacks in the last several rounds, he hasn't lost his winning desire. Hopefully, with the same mindset and passion, we will see him winning the DTM title in the future.