Esteban Muth is a racing driver who is making his DTM debut in 2021. Photo Source: Esteban Muth's Instagram.

Esteban Muth is one of the rising figures in the motorsport world. He has already snagged several victories in karting and formula racing at a young age. Moreover, the athlete has become an inspiration for many upcoming racers with his outstanding skills on the racecourse.

The race car driver has participated in several Formula Four and Formula 3 competitions. He has also competed in Toyota Racing Series. Furthermore, the sportsman has made a debut in a grand touring car series DTM.

So, let's go through Esteban Muth's racing career and private affairs in this biography.

The young racer was born on October 30, 2001, in Uccle, Brussels but has dual citizenship from Belgium and Germany. Esteban's love for racing originated in his childhood as his father, John Muth, first introduced him to karting when he was just four. The latter often took him to the local indoor track, which urged Muth to learn karting.

Esteban Muth's mother doesn't appear much in public. Nonetheless, she must have been supportive of his career choice from the beginning.

On the other hand, Esteban Muth's brother, O'Neill Muth, is a talented race car driver like him. He is a two-time Belgian Champion and the 2017 French Cup Champion. In addition, the siblings have competed with each other in several competitions. 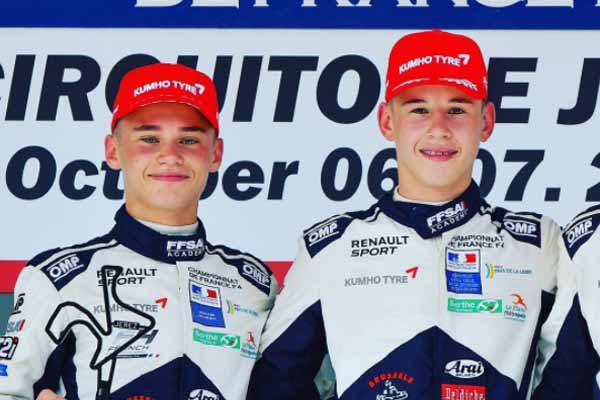 The athlete first competed in the kart championship at the age of nine. Since then, he has become a regular competitor in many Belgian and European karting competitions. Furthermore, there is not much information available regarding Muth's educational background. But, he must have graduated from high school.

Esteban Muth Net Worth And Career

The Belgian rider is a formidable opponent in the race track. His racing skills could match up to those veteran riders. As such, Esteban Muth's net worth must be a considerable amount due to his racing career. Besides the races, he also makes a significant amount from his endorsement deals and sponsorships.

The racer's salary also comes from his social media handles.

Esteban Muth's debut kart race was at the 2010 Belgian Karting Championship. He performed exceptionally well for a rookie and completed the event in the sixth position. Eventually, he scored his first win in the Mini Parilla class of the 2012 Belgian Kart Cup.

Afterward, the kart racer began competing in the junior section in the tournaments. Additionally, the teen secured twelfth place in the international karting championship, the 2017 ADAC Kart Masters. 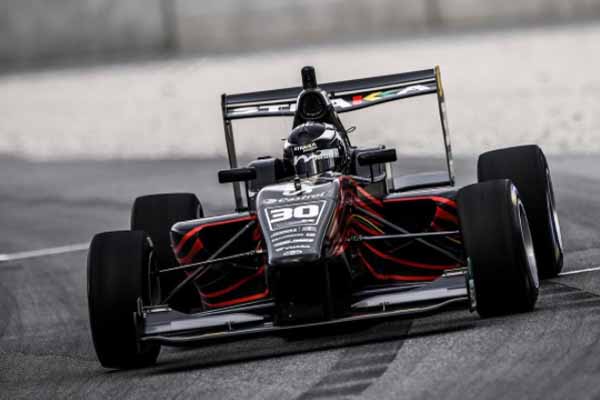 Muth also participated in the OK-Junior section in both the European and World Karting Championships. His best result was finishing tenth in the 2017 CIK-FIA World Championship.

After competing in numerous karting competitions, Esteban eventually switched to formula racing in 2018. He made his debut in the 2018 French F4 Championship. Moreover, he made his Japanese Formula 3 debut the following year.

The formula racer's first Toyota Racing Series was with the M2 Competition team in 2019. He has also competed in the European Formula race with the same team. Furthermore, the driver has also participated in GT series and endurance racings.

Some of Muth's rankings in his participated competitions are listed below:

At present, the Formula 4 race car driver has made his DTM debut with T3 Motorsport in 2021. Another emerging rider to look forward to in the upcoming DTM races is Nick Cassidy.

Hence, Esteban Muth's net worth must have risen over the years.

Income From Sponsorships And Livestreaming

The Belgian-German racer has shown massive potential from the beginning of his karting days. As a result, many companies and brands are eager to endorse him. Moreover, Muth is currently sponsored by Woutim, 6d Sports Nutrition, Lamborghini Brussels, Autohaus Baltes, Engagement Sports, etc.

The race car driver is also a well-known Twitch streamer. He often live-streams iRacing on his account. Moreover, although the driver only live-streams on Twitch, he has a good fan following on the platform.

Does Esteban Muth Have Girlfriend?

Aside from his racing skills, the Belgian racer is also known for his handsome looks. His charms have garnered him a massive fan following within a few years of his career. Moreover, these fans are mainly curious to find out about Esteban Muth's partner.

However, the racer himself hasn't revealed any details regarding his relationships. His social media accounts are covered with pictures of his professional races and related subject matters. Furthermore, Esteban Muth's girlfriend has never made any public appearance.

So, the race car driver must be single as of now. Plus, he appears to be prioritizing his racing career more than dating. 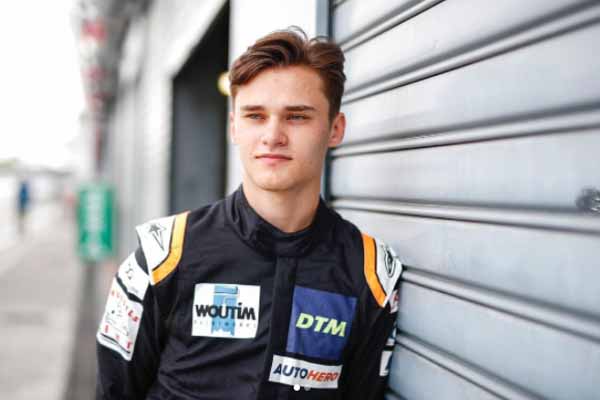 Esteban Muth hasn't revealed any of his partners, so he is likely single at present. Photo Source: Esteban Muth's Instagram.

Nevertheless, Esteban Muth is an emerging talent with a bright future ahead. He is training hard to become a successful Formula racer in the future. Hopefully, we will see him achieving his Formula dream in the upcoming days.