Here we will go through seven actors who began their careers as bodyguards. Photo Source: Social Media.

As you grow more popular, your fandom starts growing too. Although it's great to be loved by many people, some fans become scarily obsessed and stalkerish. Moreover, celebrities also face harassment from the paparazzi, who are constantly on their tail. So, it's hard for them to step into the public without having anyone protecting them. And this is where celebrity bodyguards come.

The celeb guards mostly keep to themselves and are entirely focused on their clients' safety. They often lead a quiet life and don't reveal much about themselves. On the other hand, some bodyguards are equally famous as their clients. Some have even changed their original profession to pursue an acting career in Hollywood.

So, here we will go through seven celebrity bodyguards who later became actors.

We are starting our list with well-renowned actor Sean Ringgold. He is best known for portraying Suge Knight in The Notorious B.I.G. biopic, Notorious. In addition, he has starred in more than forty projects in his career.

Many might only recognize Sean for his acting career. However, he was a bodyguard before stepping into the entertainment industry. The actor was guarding many high-profile celebs back in 2006. For instance, he was the bodyguard of Tom Cruise, his ex-wife, Katie Holmes, and his daughter, Suri Cruise. 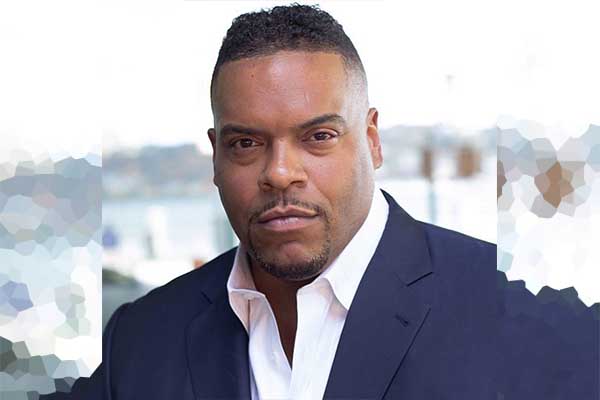 The former guard left the profession in 2009 and began his Hollywood career with ABC's One Life To Live. Since then, he has entirely committed himself to acting and has never looked back.

Any wrestling fan would have heard of the legendary Tyrus, aka George Murdoch. He has competed in WWE, Impact Wrestling, Independent Circuit, and National Wrestling Alliance. In addition, he is known for being involved in WWE storylines and feuds.

However, before wrestling, Tyrus worked as a bouncer at a nightclub. He then switched to becoming a bodyguard for the rapper Snoop Dogg. Furthermore, he debuted in WWE as a guard for WWE superstar Alberto Del Rio. 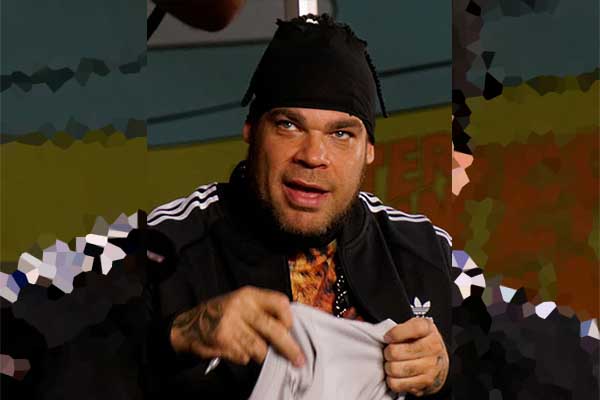 Prior to wrestling, Tyrus was a bodyguard of rapper Snoop Dogg. Photo Source: Wikimedia Commons.

The former guard has shown remarkable acting skills in Hollywood. His movie credits include Supercon, Poker Run, Stand on It!, Preacher, MacGyver, The Purge, etc. For the latter part, he acted the role of gate guard.

Although the wrestler has gained fame for his fighting and acting skills, his bodyguard days are still remembered by many.

We are continuing our list with the martial artist and stuntman Chuck Zito. He is mainly recognized as Chucky Pancamo in HBO Series Oz. In addition, he has started in numerous movies and television series.

The actor started his career as an amateur boxer before switching to security. He realized his potential after assisting Robert Conrad's bodyguards in 1979. Eventually, he launched a security agency, Charlie's Angels Bodyguard Services. 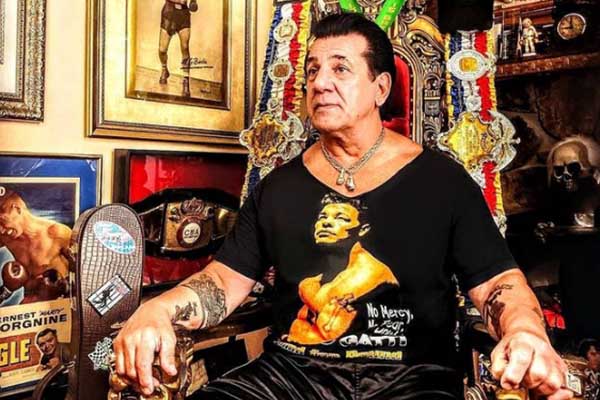 The protector's clients include Lorna Luft, Michael Jackson, Cher, Pamela Anderson, Mike Tyson, and others. Finally, through his connection, he landed the role of a stuntman in movies.

Zito's acting credits include Sons of Anarchy, Homefront, Reach Me, Paper Empire, Days of Our Lives, etc. Since quitting the bodyguard profession, he has enjoyed a successful acting career.

Another professional wrestler to grace our list is Mr. T, aka Laurence Tureaud. He was retired wrestler Hulk Hogan's tag-team partner in Wrestlemania I, which they eventually won. In addition, he is inducted into the WWE Hall Of Fame.

Tureaud initially enlisted in U.S. Army in 1975 and served there till the late 1970s. After his discharge, he became a doorman and quickly gained the reputation of the toughest and infamous bouncer in Chicago. In addition, he adopted the name Mr. T to gain respect from the customers.

Thanks to his connections, Mr. T began the job of celebrity bodyguard. He charged more than $3,000 a night and protected Muhammad Ali, Diana Ross, Steve McQueen, and others. 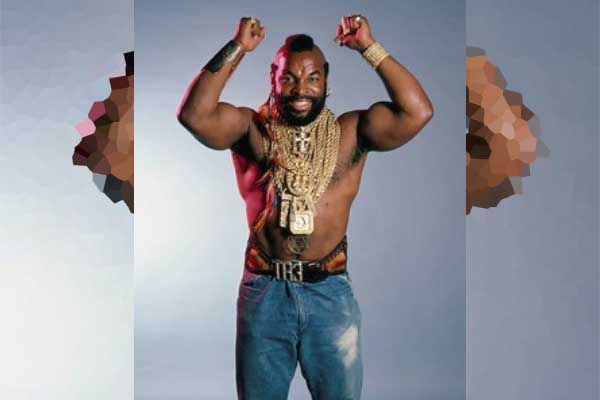 After gaining much recognition as a bouncer, Mr. T got the opportunity to work as a celebrity bodyguard. Photo Source: Flickr.

After a chance encounter with actor Sylvester Stallone, the guard found his breakthrough in acting. He debuted with Rocky III in 1982 and has since acted on numerous films.

Hence, Mr. T worked as a bodyguard for nearly ten years before becoming an actor.

Another individual who has gained notoriety for being a celeb bodyguard is Rashawn "Bam Bam" Davis. He first came into the limelight after starring in MTV's Rob & Big in 2006-2008.

Davis was the second bodyguard in the show, which followed the life of Rob Dyrdek and late actor Christopher Boykin. He was also part of the group, The Chunky Boyz and has released several songs. 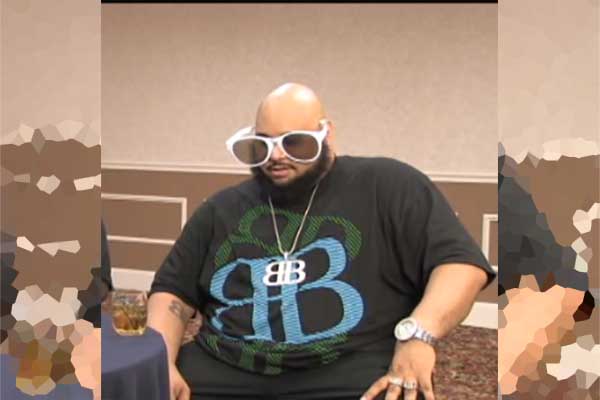 Rashawn was once arrested by cops from a Carrollton Recording Studio in October 2015. They arrested him on suspicion of two drug charges and six traffic warrants. However, since then, he has led a quiet life away from the media.

Still, as per several sources, Davis is an active bodyguard and has worked with many celebrities.

Michael Clarke Duncan was one of the beloved stars in Hollywood. He was most recognized as John Coffey in The Green Mile. In addition, he received an Academy Award nomination for Best Supporting Actor for his performance.

The late performer's acting career spanned over television and silver screen for nearly two decades. His movie credits include The Scorpion King, Planet of the Apes, Daredevil, Sin City, etc.

Before his Hollywood career, the late actor worked as a celebrity bodyguard. He had an extensive clientele including, Will Smith, Jamie Foxx, LL Cool J, The Notorious B.I.G., and others. 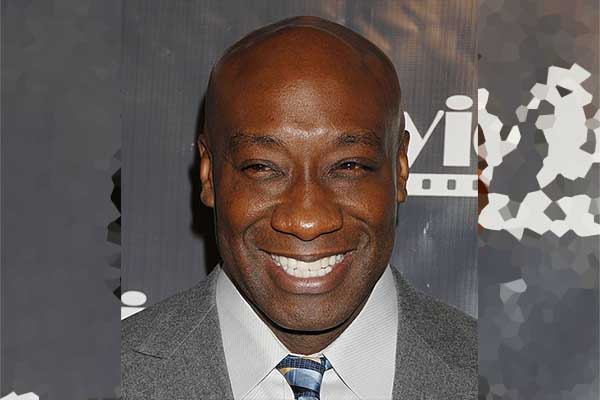 Sadly, the late entertainer passed away from the complications of a heart attack on September 3, 2012. Still, people will forever remember him as an excellent bodyguard and actor.

We conclude our list of seven bodyguards who later became actors with Milan Jovanovic. He is a well-renowned former world powerlifting champion and strongman competitor.

The Serbian strongman began his career as a powerlifter and won nine Serbian national championships. He also earned the 2000 WPA World Championships and the 2003 WPC title. However, an injury led him to cut his sports journey short.

Milan then moved to America and began working as a bodyguard. His clients include Mickey Rourke, Shaquille O'Neal, Kimbo Slice, Jenna Jameson, and others. 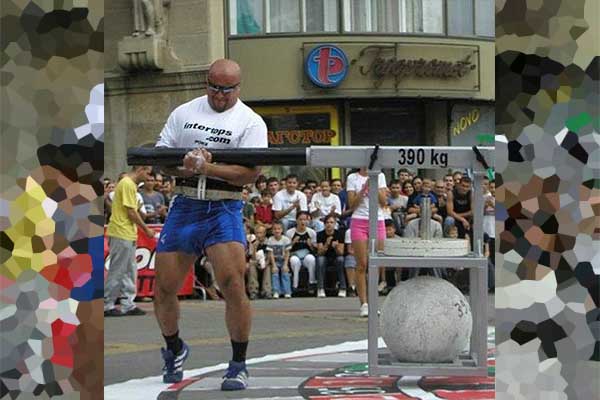 Milan Jovanovic began as a powerlifter before switching to the bodyguard profession. Photo Source: Wikimedia Commons.

The protector later debuted in Hollywood with Sestre in 2011. He has since acted in The Parade, Black Sun, Incoming, Vivegam, etc. Furthermore, Jovanovic is currently a blogger and an online personal trainer.

Aside from the bodyguards-turned-actors mentioned above, Greg Lenz, Anna Loginova, Pascal Duvier, and others are also famous.