Well known for his role as Shaun Evans in the drama One Life To Live, Sean Ringgold is an American actor and also a former bodyguard.

Moreover, Sean has donated his time and voice to a number of causes, including The Whittier Street Health Center Men's Health Summit, Get Reel with Your Dreams, and The Island of Grenada.

Well, if you happen to know the actor, only because of his six-year portrayal of Shaun Evans, then there is so much you are missing out about this philanthropist actor. Hence, stick with this article to have a much more deep insight into Sean Ringgold.

Has A Beautiful Bond With His Mother

Sean Ringgold was brought up in Rockaway Beach, Queens, New York. He was born on November 3, 1977. Though Sean's parents' names are unknown, we can see, the actor posting photos with his mother. The caption on the pictures clearly reflects his love for his mom. 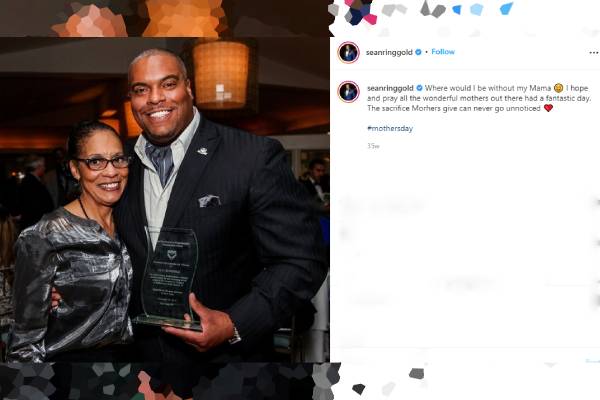 Sean Ringgold has a close and tight-knit bond with his mother. Image Source: Sean Ringgold's Instagram.

Apart from this, other information about Sean Ringgold's family is hidden from the prying eyes of the media. There are also no such details about his siblings. Moreover, Sean was the New York State Arm Wrestling Champion for a number of years.

Sean Ringgold is a well-known actor and volunteer who is most recognized for his role on ABC's One Life to Live. Sean was nominated for an Emmy in 2011 for his performance of Shaun Evans on the ABC television drama. He has since worked on a number of notable cinematic projects.

The American actor's film credits include Notorious, The Smurfs, Before I Disappear, and No More Mr Nice Guy. Moreover, the movies which Sean Ringgold has been part of and their gross collections are given below:

Looking at the above statistics, we can presume that the talented star would sure have pocketed a considerable amount of money.

The Philanthropic actor's television appearances other than One Life to Live are Damages, Gotham, Gossip Girl, Ugly Betty, Emergence, NYC 22, and White Collar, to name a few. And with this, we can say that Sean has got 40 credits as an actor on IMDb.

Furthermore, the 6'3" former New York State Arm Wrestling Champion has worked as a celebrity bodyguard, stuntman, model, and personal trainer in addition to his work on camera. Hence, we can see Sean Ringgold had various sources to add to his earnings, even before he came into the limelight.

Is Also A Producer, And A Member Of Board Of Directors

As per IMDb, Sean has been credited two times, first as a producer in the TV series The Family Business, and second as the executive producer in the movie Hold On. Thence, we can witness the growth of the former stuntman's in terms of career and wealth also.

In addition, the Notorious actor is a member of the HeartShare Human Services of the New York Board of Directors. In fact, he also serves as Board of Advisors at the Gateway School for Technology. Looking at him being so much active in the various ventures, we believe Sean Ringgold's net worth would be appreciable enough.

Was Falsely Accused Of Sexual Abuse

In 2013, the former-bodyguard now-star, Sean Ringgold had to go through false sexual abuse allegations. Thankfully he had his own resources, or else the outcome would have been disastrous. The matter was, a woman that the actor met online, filed a police report claiming the star to have raped her.

However, according to court documents, the woman's statements have changed.

All accusations against the former model were dismissed after more than a year and $70,000 in legal bills. We wonder if, such accusations had a sore impact on Sean's earnings.

The Gotham actor has now moved on and is leading a happy and prosperous life.

Is Married To A Multi Emmy Award-Winning Journalist

Just like Sean's rising career, his love life also has been successful. Unfortunately,  it is not clear, where the now-married couple first met, or how did their love blossom. All we know is, Sean Ringgold is married to the multi Emmy award-winning journalist, Nicole Johnson. Moreover, she is also an entrepreneur, professor, and influencer.

Sean Ringgold's wife Nicole spends the summers at Lehman College in the Bronx, where she teaches journalism to students. In fact, just like her husband Sean, she is also involved in philanthropic activity. 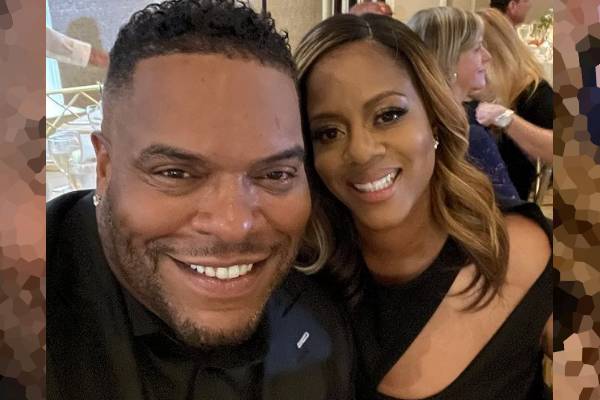 Moreover, Nicole is a member of the National Association of Black Journalists and has received two NABJ Awards and multiple Associated Press Breaking News Awards. For her reporting, Sean's wife was honored as a McDonald's Media Legend in 2012.

Is A Doting Father Of Two

The bodyguard-turned-actor and his wife Nicole are the parents of two adorable kids. Sean Ringgold's children's names are Parker Todd and Skylar Elaine Ringgold. The couple's little daughter was born on April 1, 2016. 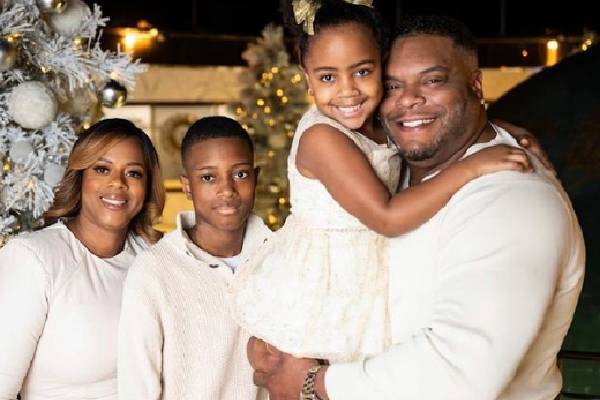 Furthermore, his son Parker is an author. The young boy has published his first children's book "The Adventures of The Sickler." The book kinds of reflect his real Life, as Sean's son also battles Sickle Cell Anemia.

Parker Todd, being a disease survivor, also has a great vision of the world. Hence, many of the well-wishers of the Ringgold family believes their son also might walk in his parents' footsteps of giving back to society.

Moreover, Sean is all caught up with his next project, Johnny & Clyde, which is in its post-production phase. We wish the actor all the very best for his upcoming acting project.