Bill Sage is a well-known actor, who has been active in the industry since the late 1980s. He has starred in more than a hundred movies and television series to date and has won several awards for his performances. Sage has also appeared as himself in few shows and produced a feature film.

Best recognized for his collaborations with Hal Hartley, a celebrated director, screenwriter, and producer, Bill's personal life is shrouded in mystery. He has revealed some facts about himself but is mostly secretive and private. So, today let's look at Bill Sage's biography and get to know him better.

Bill Sage/William Sage III was born William Frank Sage on April 3, 1962. While his IMDb suggests that he is from New York City, New York, in an interview with Screen Rant, he revealed that he is from Oakland and moved around a lot during his childhood. Sage is the eldest son of William Rex Sage, who was in the Navy while his mother worked as a school teacher and an artist. Due to his father's job, he grew up in various cities alongside his sister, Cynthia Sage.

The American actor had a happy childhood even though his mother had to work two jobs to provide for the family. Bill Sage's father, William, served for the US Navy for 34 years before retiring. Sadly, Sage lost his dad in 2017, at the age of 76. He continues to remember his old man fondly and shares his memories through heartfelt poetry on special occasions like Father's days and birthdays. 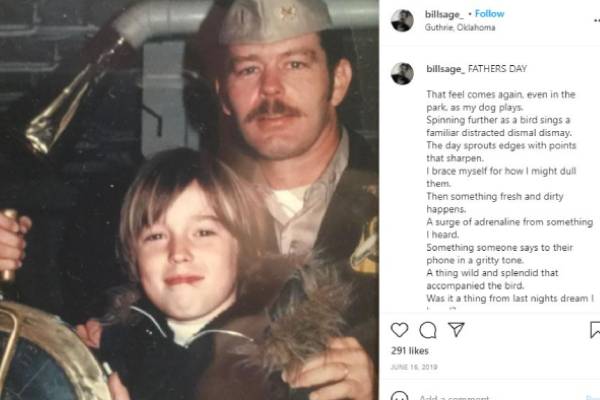 As for his education, it is unclear where the talented actor completed his high school studies. Sage apparently thought he would be an engineer due to his good grades in maths. However, having an artist mother influenced young Bill, and he became interested in the creative field. He attended the State University of New York at Purchase, New York.

Bill Sage auditioned for an acting conservatory and was selected. From then on, Sage continued to work as an actor and hasn't looked back since.

Bill Sage Net Worth And Career

As stated above, the talented actor fell into acting due to his mother. He took acting classes and started his career in the late 1980s. Since he has been involved in the industry for more than three decades, Bill Sage's net worth must have crossed the million dollars mark. So, let's get to know how he managed to amass such a fortune.

Bill Sage started his acting career in 1989, playing the character Gus in the Hal Hartley film The Unbelievable Truth. He also starred in the movies Sidewalk Stories the same year and then worked in Trust the following year. Sage reunited with Hartley for Simple Men, and the pair's collaboration continued for years to come.

The Oakland native has worked on more than 80 movies and has played significant characters in many of them. His films like Flirt, Boys, Somewhere in the City, High Art, and American Psycho managed to impress the viewers and have earned a considerable sum.

Given below are a list of movies featuring Bill Sage and their respective box-office collections as per Rotten Tomatoes:

As per PayScale, on average, a movie actor earns $97,591 per year, including profit sharing. However, one's salary depends upon experience, so with more than eighty movies under his belt, Bill Sage's salary must far exceed the average amount.

Also, besides acting, Sage also tried his hands on producing films. He executive produced the 2020 movie, The Pale Door, which reportedly made $21K worldwide. Since it was released amidst the global pandemic, the film's earning might have been heavily affected. However, Bill might have made a huge sum after the movie's distribution was given to streaming giant Amazon.

While movies seem to be the main source of income for Sage, he has also starred in numerous television series. His first tv appearance was in the popular show, Sex and the City in 1998. He then had stints in series like Melrose Place, Strange World, The $treet, CSI: Crime Scene Investigation, among others.

Bill appeared in several episodes of the tv-series, Nurse Jackie and Broadwalk Empire, Hap and Leonard. He is also recognized as Governor Hutchinson from the critically acclaimed show Orange Is the New Black. He has also starred alongside stars like Sinqua Walls, Naturi Naughton, and Andrea-Rachel Parker in Power.

Having starred in such popular and acclaimed shows, Sage must have pocketed a large sum for his work. And the total amount he has earned from these television series has undoubtedly helped increase Bill Sage's net worth.

Just like his professional career, Bill has also found similar success in terms of his love life. He has been happily married to Lorraine Farris for more than a decade. Bill Sage's wife, Lorraine, is also an actress and has more than thirty acting credits to her name.

While it is unclear where and when the pair met, Bill and Lorraine, celebrated their 13th marriage anniversary in 2020. Neither of them has revealed much about their relationship in the media, but they are very open about each other on their respective Instagram. 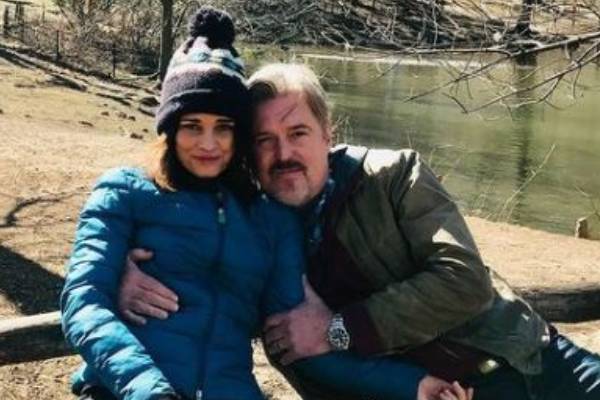 Bill Sage has been married to Lorraine Farris for more than a decade. Image Source: Lorraine's Instagram.

Even after decades together, the Sage-Farris couple is very much in love with each other but have not welcomed any children together. However, the actor is a godfather to actress Edie Falco's children. The Power actor's Instagram account is filled with pictures of him spending quality time with his godchildren and nephews.

Well, we might not meet Bill Sage's children anytime soon, but we do know that he is great with kids. He currently resides in New York, and we wish the actor all the best for his future projects.