Jonathan Kite is an American actor, impressionist, and comedian. He is famously known as Oleg Golishevsky from the CBS hit comedy '2 Broke Girls' and 'Johnny Williams' on Netflix's 'Dad Stop Embarrassing Me!.' In addition to his fame, the multi-talented actor is also a popular comedian and impersonates many famous people as an impressionist.

Although Kite has experienced a great deal of popularity in supporting roles, his versatile acting chops and humorous comedic skills have made him pursue a long and diverse career in Hollywood. Today, let's learn about Jonathan Kite's biography.

In a beautiful village called Skokie of Cook County, Illinois, Jonathan Kite was born on 2nd September 1979. He grew up alongside his little sister, Loren Kite, to Jewish parents, Lynn Kite and David Kite. As for his primary education, Jonathan attended Old Orchard Junior High School and Niles North High School in his hometown. As a kid, Kite was inspired by Jim Carrey. 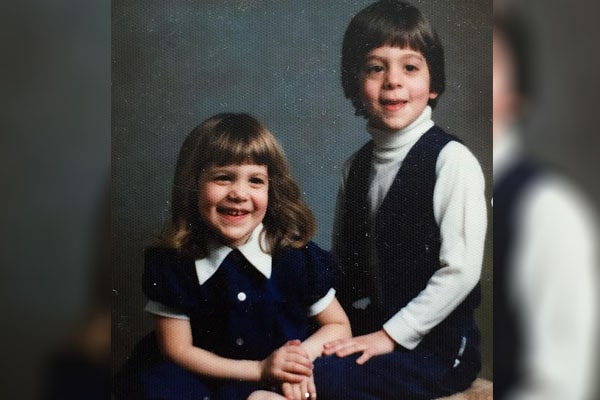 Following his dream to be an actor, he studied theater at the University of Illinois Urbana-Champaign. While in the university, Kite performed in numerous plays and dramas, which further enhanced his acting skills. He successfully graduated with a Bachelor's Degree of Fine Arts in Theatre. After graduation, he moved to Los Angeles to pursue his career in acting.

Jonathan Kite has had a very diverse career so far. He has been an actor, voice actor, impressionist, and stand-up comedian while dazzling the audience with his skillful presentations. He developed his improv skills at Chicago's Second City and The Groundlings and spent a great deal of time and effort honing his craft close to perfection.

As funny as it could be, Kite debuted his acting career with an uncredited role as Hacky Sack Hippie on Jimmy Kimmel Live! in 2003. Having experience on such high-profile production was valuable for Kite to jumpstart his career. He went on to work in minor roles for several short films and TV series.

From 2011 to 2017, Kite co-starred alongside Kat Dennings and Beth Behrs on the famous CBS sitcom 2 Broke Girls. He played the role of a hilarious Ukrainian cook, Oleg Golishevsky, which earned him much fame in the comedy field of Hollywood. At the same time, he also lent his voice to several characters in the animated TV series Black Dynamite.

Looking at his career history, Kite has gradually stepped up his game in Hollywood and has been featured in many great films. His notable performances can be seen on Family Guy, American Dad, The Bellmen, Cleopatra in Space, and many more.

As of his latest project, Kline has played the role of Johnny Wiliams in Netflix Productions' Dad Stop Embarrassing Me! starring Jamie Foxx, Kyla-Drew, and Porscha Coleman. He is also featured in James the Second and UDrive Me, which are expected to be released soon.

Kite showed his diverse talent when he wrote and starred in his own comedy show named The Skokie Jo and Shappy Show and the TV special stand-up Back to School Comedy Special. The latter project was filmed in his high school alma mater Niles North.

Besides acting, Kite is a professional comedian and impressionist. He has boasted over 120 celebrity impressions, including Tom Hanks, Christian Bale, Robert Downey Jr., and many more. Adding to his fame, Kite has also headlined many national and international stand-up comedy shows in top clubs around the world.

Moreover, adding to his diversified career ventures, Jonathan Kite also hosts a podcast with musician Jeff Kite. The talented duo exchanges freewheeling conversations about today's society and culture in Kites of the Round Table.

With over 15 years in the lavish Hollywood industry, Jonathan Kite must have earned a massive fortune in his career. Besides acting, he also pockets a decent income from his caricature gigs. So, what adds to Jonathan Kite's net worth?

Kite has over 40 credits in his acting career, including some of the high-profile productions in the entertainment industry. For example, TV series like 2 Broke Girls and Dad Stop Embarrassing Me! have made millions in each episode of their show. In 2012, Warner Bros. Television negotiated to air 2 Broke Girls on the TBS network with a 'record-setting deal' at $1.7 million per episode. By the time the series was concluded, it had aired 138 episodes, which means TBS had fetched over $235.6 million for the rights to its syndication run. Considering that Kite has been one of their star characters of the series, he might have cashed in a substantial paycheck for his contribution and could still have been receiving decent sums in royalties.

Kite is also an avid comedian and impressionist. He has hosted, performed, and guest-starred on several popular shows in his career. His notable appearances can be seen on Hell's Kitchen, Back to School Comedy Special, MMI: Charity Celebrity Bowling Tournament, and many more. While his appearances added a star value to the show, Kite might have charged a decent fee for his contributions.

To sum up, Jonathan Kite's net worth is mainly comprised of his professional income. While the exact number of his net value is yet to be revealed, the multi-talented actor continues to expand his financial worth with his zeal to succeed in the comic world.

Is Jonathan Kite Married or Single?

Although Jonathan is quite active and popular on social media, boasting thousands of followers on Instagram and Twitter, he is actually pretty secretive about his personal life. He has outcasted his relationship status from the reach of the media. His mysterious relationship history even led to rumors that he may be gay at one point. 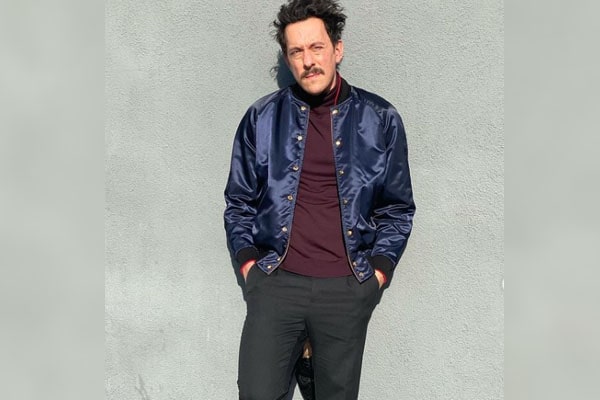 Despite all the gossips, Jonathan still keeps tight-lipped on his private life, leaving no clue about his relationship status. We hope to hear from him soon!