Heather Hemmens is an American actress, director, and film producer. Best known as 'Alice Verdura' in The CW series 'Hellcats,' the beautiful actress has also garnered much fame as Stacy Collins in the new Netflix comedy series 'Dad Stop Embarrassing Me!'

Hemmens is undoubtedly one of Hollywood's next big prospects. With a soft smile, a well-maintained physique, and phenomenal acting skills, the five-foot-five-inch actress is set to make her mark in the reputed movie industry. Today let's have a quick peek into Heather Hemmens' biography.

Heather Hemmens was born on July 10, 1988, in Belfast, Maine. She was raised by her Costa Rican mother and African-American father in the woods of Waldo, Maine. Growing up in a working-class family, Hemmens, with her two older brothers and one older sister, had to face difficult times in their childhood. However, all of the siblings turned out to be successful in their respective professions. 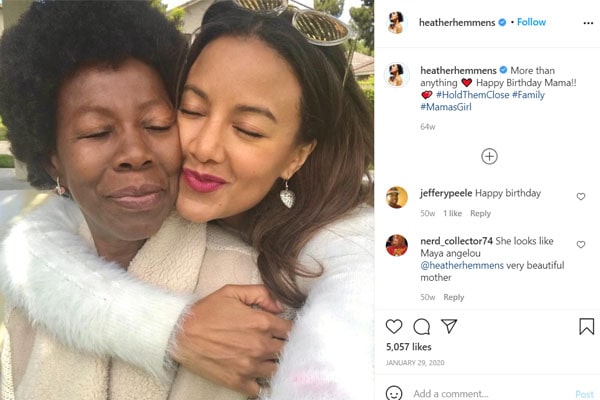 Heather Hemmens' older sister, Natalie Hemmens, is a well-known handbag designer and real estate agent, whereas her brother, Nathan Hemmens, is an investor, producer, and martial artist. Similarly, her other older brother, Jason Hemmens, is a famous Jazz musician. The Hemmens brothers even did a reunion concert in Belfast in 2012.

Talking about her alma maters, Hemmens attended Mount View High School with her siblings in Thorndike, Maine. She then began to idolize television actors and actresses and dreamt of being an actress in the future. Although Hemmens was not that focused on her dream, she eventually developed a strong passion for acting after getting a full scholarship to a prestigious arts high school. She enrolled in Walnut Hill School for the Arts for the final two years of high school.

Soon after graduation, Hemmens moved to Los Angeles to pursue a career in acting.

Like most prominent actors and actresses in Hollywood, Hemmens also started her career in minor roles. Her acting debut came in 2004, where she played a small part in the movie 'Pop Rocks.' She did several minor roles in films and TV series until scoring a big break in 2010. Hemmens was chosen to portray the character Alice Verdura in Kevin Murphy's comedy-drama series 'Hellcats.' Although the series was perceived as average, Hemmens' performance on the role was considered her breakthrough in her career.

After Hellcats, Hemmens began to rise in fame as an actress and got the opportunity to work with big stars on the most extensive sets. She appeared as Sasha in two episodes of 'Grey's Anatomy' and Maggie James in 'The Vampire Diaries.' Her performance as Melody Prescott in the drama series 'Yellowstone' was also applauded by the fans. 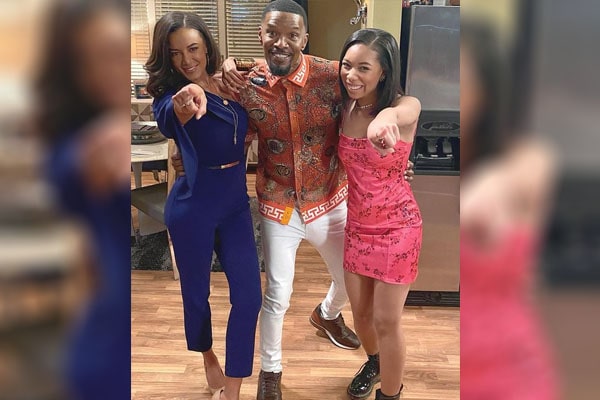 As for her latest projects, Hemmens is playing the role of Stacy Collins in 'Dad Stop Embarrassing Me!,' created by Jamie Foxx and Jim Patterson. The family-comedy series is getting good feedbacks, with Hemmens being praised for her performance. Furthermore, she also appeared in a recurring role in the CW series, Roswell, New Mexico.

With over 15 years as a professional actress in the lavish Hollywood industry, Hemmens must have amassed a grand fortune from her career earnings. However, Heather Hemmens' net worth is not officially verified on the web. While some sources claim her fortune to be in millions, we can not state the amount as it has not been backed up by concrete factual proof.

Nevertheless, the actress seems to be enjoying her luxurious lifestyle. Looking at her Instagram, Hemmens is seen donning expensive designer outfits while shooting for some prestigious magazines in America. Besides modeling, she has also played roles in several popular TV series in the last decade. Series like 'Roswell, New Mexico,' 'If Loving You Is Wrong,' 'Grey's Anatomy,' and her recent project 'Dad Stop Embarrassing Me!,' must have collected a decent revenue. Being a vital cast member of the series, Hemmens must have banked huge paychecks for her contributions. 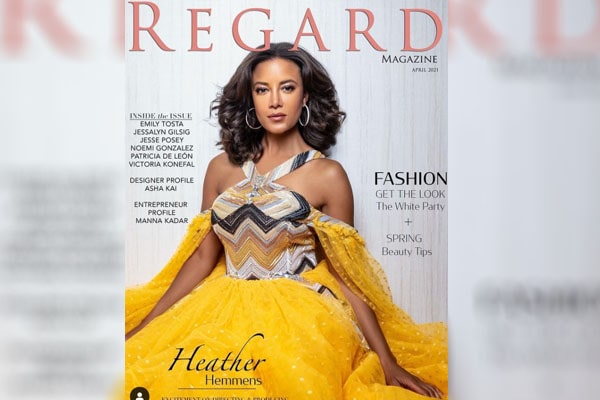 While the actress could be receiving huge sums of salaries from her modeling and acting ventures, her fortune is also anticipated to rise in the future. With many more years ahead of the talented actress, Heather Hemmens' net worth will definitely increase in the coming days.

Hemmens is a secretive person when it comes to her private life. It seems like the gorgeous actress is not fond of revealing any of her personal information, including her past and present relationships. However, digging up some sources, we have gathered some information about her love life. Let's see who has that charm to be Heather Hemmens' boyfriend.

In 2010, Heather cleared all the speculations citing she wasn't dating anyone. However, rumors were that she was having a fling with her Hellcats co-star and One Tree Hill's star, Robbie Jones. Despite all the gossips, their relationship turned out to be just a friendly one.

According to the reports, Hemmens is currently dating her fellow actor, Matt Barr. The couple reportedly met in the sets of Hellcats and fell in love with each other during the long and tiring days of shooting. The rumored couple is also seen posing together on several occasions, including at the 2012 Daytime Emmy Awards and the 2013 Kentucky Derby.

Heather Hemmens' alleged boyfriend, Matt Barr, is famous for his performance on Blood & Treasure, One Tree Hill, and Hatfields & McCoys. The pair has not revealed any information about their relationship and stays away from the paparazzi. Let's hope either Hemmens or Barr opens up about their life, and we get to know more about the duo in the coming days.