Eliza Coupe first found fame as Denise Mahoney in the television series Scrubs and its companion web series, Scrubs: Interns. She started her acting career in 2006 and has found much fame from her performances in numerous comedy series.

The American actress and comedian has to date starred in more than forty movies and television series, many of which have been loved by the audiences. And as an integral part of these projects, Eliza Coupe has been the center of attention of many fans. So, here is everything one needs to know about the talented actress.

Eliza Coupe was born Eliza Kate Coupe, on April 6, 1981, in Plymouth, New Hampshire. She was raised alongside her brothers, Thom and Sam Coupe, in the small town in Grafton County, NH. Coupe's parents, Ernest Coupe and Kathryn Coupe, are very supportive of her career choice.

Unlike many of her peers, the American actress has kept her family close to her even after being in the industry for decades. One of Eliza Coupe's brothers, Thom Coupe, worked as her assistant and was by her side while she was filming various projects. The brother-sister duo also wrote a film together which will be directed by the actress. On the other hand, Sam, her older brother, prefers to stay away from the limelight. 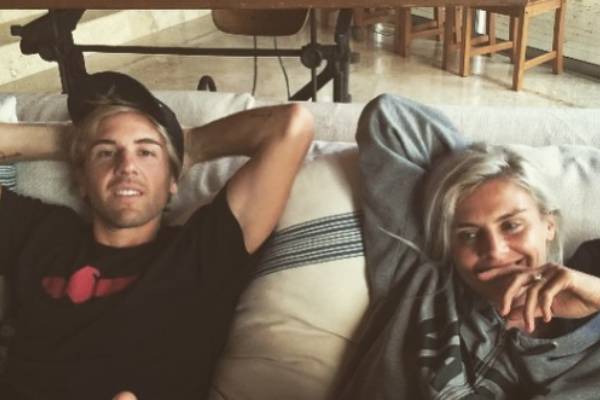 Eliza Coupe's parents and brothers are all supportive of her career. Image Source: Thom Coupe.

The Plymouth native attended Plymouth Regional High School and graduated in 1999. Coupe was interested in acting from an early age and was active in her school's theatre program. She then enrolled in the California Institute of the Arts (CalArts), where she was in the theater program.

Like many Hollywood actors, Eliza Coupe was also involved in theater in her high school days and then chose to complete her undergraduate degree in the same program. And as a recent graduate from CalArts, Coupe toured around the country as a part of the all-female version of "King Lear." However, playing a soldier in the Shakespeare play did not bring her much joy, so she developed the one-woman sketch comedy show.

Coupe's one-woman show, The Patriots, premiered at the Upright Citizens Brigade Theater in November 2005 and helped her get recognition in the industry. A year later, Eliza starred in the short film, The Day the World Saved Shane Sawyer, and this was the start of Eliza's long and successful run on the silver screen.

The American comedic actress made her film debut in 2007 in the movie I Think I Love My Wife, opposite Chris Rock, Gina Torres, and Kerry Washington. She then appeared in a number of tv-movie and films, including No Heroics, What's Your Number, Shanghai Calling, The 4th, and It's Us. She is also set to star in tv-film, Civil and Pivoting, and the feature-length film that she also wrote, DEB.

While she has been an integral part of many big-screen projects, Eliza Coupe found recognition from her television works. She first appeared in an episode of Flight of the Conchords and then had a brief stint in few other series before securing a recurring role in the medical-comedy drama, Scrubs as Dr. Denise Mahoney.

Then in 2011, Eliza Coupe played the main character, Jane Kerkovich-Williams, in the ABC sitcom Happy Endings. When filming the series, Coupe had to cover up the tattoos that she had on her arms. One such tattoo is her home state's slogan, Live Free or Die.

While the series was canceled after its third season, Coupe has carved a place in the television world and has appeared in many other series. Given below are some of the small-screen projects featuring the talented actress:

As seen above, Coupe has appeared in various television series over the years and has made a name for herself in the business. And not only fame but Eliza has also amassed a fortune from her acting career.

Eliza Coupe Net Worth And Earnings

Aforementioned, the talented actress and comedian has been in the industry since the early 2000s. As a result, Eliza Coupe's net worth is estimated to be around $3 million. She has amassed this fortune from her acting career, which spans more than a decade.

As stated earlier, Eliza Coupe has more than forty acting credits to her name and the majority of which is her work in the television industry. As per PayScale, on average, a television actress earns $50,608 per year. However, since the blonde beauty has played the main character in shows like Happy Endings, Coupe's salary per episode might have been significantly large.

Apart from television, Eliza also earns a considerable sum from her big-screen projects. She has starred in numerous movies over the years, which have done well on the box office. Given below are some of the films featuring Coupe and their respective USA and worldwide earnings:

Many of the films which starred the New Hampshire-born actress made millions after its release. And as a significant part of these movies, Eliza Coupe's earnings from them must have been substantial.

As stated above, Eliza Coupe's net worth is around $3 million, and with such a massive fortune to her name, she is living comfortably. As per a Los Angeles Times article from 2019, she lives in Brentwood, California, and owns a 1,650-square-foot Spanish style home there.

While Eliza Coupe enjoyed great success in her professional career, the same cannot be said for her personal life. The gorgeous comedic actress has been married twice, first to Randall Whittinghill and then to Darin Olien. However, her second marriage also ended in divorce, and it seems like now, she is possibly enjoying her life as a single woman. 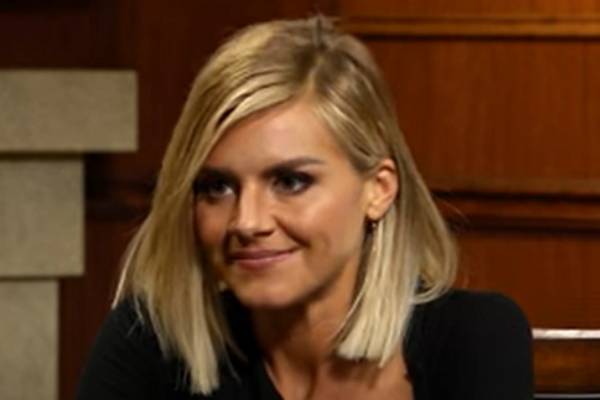 Eliza Coupe's ex-husband, Randall, is an acting teacher and puppeteer, and the pair were in a marital bond from 2007 to 2013. Their divorce was amicable, and a year later, Coupe announced her engagement to Darin Olien. The former couple tied the knot in 2014 but separated in 2018. She also did not have any children in either of her marriage.

Since her second divorce in 2018, Eliza seems to have immersed herself in her work and is focusing on her career. However, we hope that the talented comedian who leaves her audience in stitches finds someone who makes her laugh and loves her immensely.