Darin Olien is a famous American businessperson, TV host, podcast host, author, and wellness expert. He is notably known for his appearance in the Netflix series Down To Earth with Zac Efron. Darin is the co-founder of Shakeology and Barùkas, founder of Superlife, and an environmental activist.

In addition, Darin is also known as Indiana Jones of superfoods because of his travel history in search of exotic edibles. He is also a co-formulator of Shakeology, a crafted shake mixed with various nutritious ingredients for a healthy drink. Let us know more about Darin Olien's biography and career.

Darin Olien was born and raised in Minnesota, U.S.A, on November 4, 1970. Details about Darin's parents are unknown to the media, as the author has not shared any details about them. Though, the health expert has shared many posts of his mother on his social handles to show his love for her. On the other hand, it seems that his father separated from the family a long time ago before passing away due to alcohol-related problems. He has two half-siblings, Nathan Olien and Jenna Olien. Details about Darin Olien's siblings are also not known to the media. 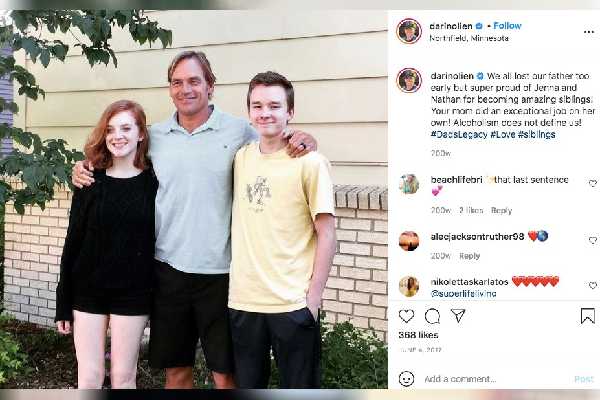 Darin Olien has two half-siblings with whom he shares a great bond. Image Source: Darin's Instagram.

Darin Olien attended the University of St. Thomas, from where he gained a Bachelor's degree in Exercise Physiology and Nutrition. The author went on to study at the University of Santa Monica, where he received his Master's degree in Psychology. Darin's determination to eat a healthy diet led him to become a health and wellness expert and travel worldwide to study plants and superfoods.

Darin Olien began his career working as a nutrition director at Totimed for four years before founding his own company Darin's Naturals, LLC. The company focuses on importing and formulating rare superfoods for companies while working with many indigenous farmers and growers to get the best quality of herbs and foods.

Alongside his company, Darin held numerous positions at many organizations like Raincatcher, where he works as the field director and board member. Raincatcher is an organization focused on providing clean drinking water to three continents before expanding its goals throughout the world.

Well, Darin is also the founder of SuperLife, a lifestyle brand dedicated to providing information and resources to individuals who want to start eating healthy foods. As mentioned before, Darin is also an author of his book SuperLife: The 5 Simple Fixes That Will Make You Healthy, Fit, and Eternally Awesome. His earning from his book sales must surely have earned him a considerable sum of money.

Furthermore, Darin Olien is also a producer and has appeared in two TV series called Younga and a Netflix series, Down to Earth with Zac Efron, which was released on June 10, 2020. The series documents Zac Efron's journey across seven countries, which also revolves around the themes of travel, life experience, greenery, and nature. Darin also hosts his own podcast show called the Darin Olien Show.

Darin Olien is the co-founder of Shakeology alongside fitness advocate Isabelle Daikeler, a superfood nutrition shake for maintaining a healthy and plant-based diet. According to Beachbody on Demand, it is a shake loaded with protein and fiber, enhancing one's physical fitness.

In addition, Shakeology is also available in various other flavors such as Chocolate Whey, Vanilla Whey, Café Latte Whey, Strawberry Whey, and Salted Caramel Plant-Based Vegan Shakeology. It is currently priced at $129.95 on the Team Beachbody website.

Aforementioned, Darin Olien is one of the New York Times best-selling authors. He has published his book, SuperLife: The 5 Simple Fixes That Will Make You Healthy, Fit, and Eternally Awesome. Darin preaches about an entirely new and effective way of maintaining a healthy diet for healthy weight in his books. The wellness expert has also stated that Superlife is a complete look at nutrition and dieting for an essential guide to maintaining the human body. Darin Olien's book is also for sale on Amazon for $10.79. His revenue generated from his book sales must surely add a heavy sum to his net worth.

According to various sources, Darin Olien's net worth is estimated to be over $300K, but looking at his professional lifestyle, it might be higher than that. Darin Olien is an experienced health and fitness coach who has traveled the world to search for superfoods and healthy plants for his research. He is also the co-founder of Shakeology and Barùkas nuts, some of the known plant-based products on the market, considered healthy. Darin's companies are a major factor in increasing his massive fortune.

In addition, Darin Olien's book Superlife: The 5 Simple Fixes That Will Make You Healthy, Fit, and Eternally Awesome is one of the highest-rated books on Amazon. His books sales are also a huge factor in increasing his net worth. Listed below are some of Shakeology products alongside their prices with reference to the Team Beachbody website.

Alongside being a businessman, Darin is also a TV producer. According to Glassdoor, a Netflix producer's salary can range from $67K to $199K. Also, he has been featured with American actor Zac Efron in the Netflix show Down to Earth with Zac Efron. Darin's contribution to the show business must have surely earned him a fat check. With such a diverse and adventurous career, Darin Olien's net worth is sure to increase in the upcoming years.

Darin Olien was shooting for the final episode for Down to Earth with Zac Efron when the 2018 Malibu fires broke out. Unfortunately, the producer's house was one of the properties which burned down in the devastating fire. On November 12, 2018, Darin posted a picture on Instagram of the damage that had occurred. He also stated that the fire burned down his house and all of his possessions. 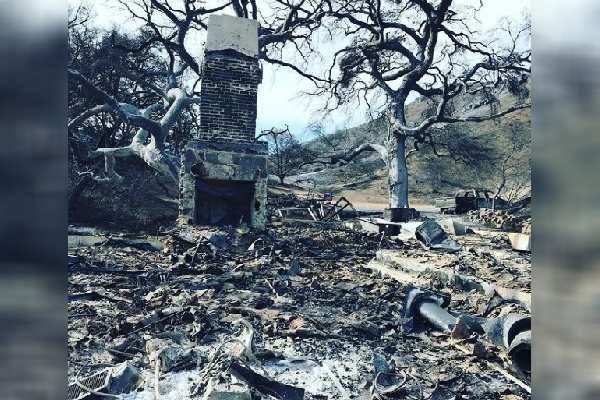 Darin Olien's house was one of the properties which burned down in the devastating Malibu fire in 2018. Image Source: Darin's Instagram.

Despite his losses, Darin is still living in Malibu, next to his old home's rubbles in an assembled Pacific Yurts with his pet dog Chaga. Looking at Darin's Instagram, it seems like the wellness instructor is deeply attached to Malibu's residing area.

Darin Olien met with American actress Eliza Coupe in 2014 and decided to tie the knot in December 2014 in New Zealand. Sadly, the lovely couple ended their four years long marriage and filed for divorce in 2018. Darin Olien's ex-wife Eliza Coupe has appeared in several TV shows and movies like Anchorman 2: The Legend Continues, Naked, The Estate, Community, Duck Tales, and many more. The ex-partners did not bear any children with each other. 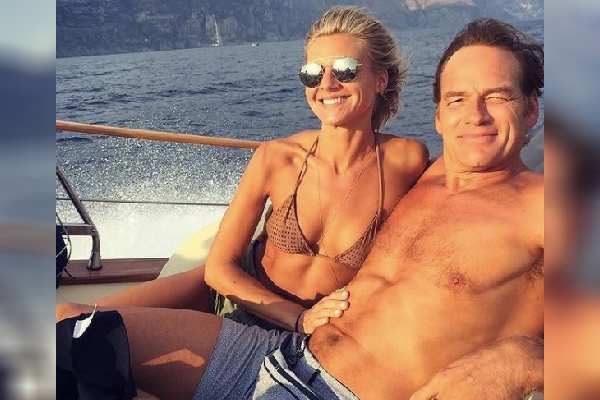 Darin Olien is currently single and is enjoying his time as alone. Despite going their separate ways, the producer has not deleted his old Instagram posts, which still have his ex-wife's pictures. He also had no offsprings with his ex-wife and has not spoken about having kids and settling down again.

However, the healthy dietician has a German shepherd named Chaga as his pet. Darin has shared several posts of his best friend on his social handles and loves him very much. For now, Darin seems to be busy with his business and other career projects, and we hope to see him settle down with a lover soon.