Kyla-Drew Simmons is a famous American film and TV actress. The talented artist started her acting career from a young age in 2012, after appearing in an episode of The Neighbors. Throughout her acting career, Kyla has appeared in several movies and TV shows.

Alongside an active acting career, Kyla is also a social media influencer and a model. The gorgeous young actress has already showcased immense talent and is on the path to becoming a big star. Now let's know more about Kyla-Drew Simmons's biography and career.

Kyla-Drew was born in Atlanta, Georgia, on April 17, 2004. The young actress was raised by her mother, Kat Simmons, alongside her little brother Kiyan Drew Simmons. The actress loves her mother very much and is very thankful for her love and support that made the young actress the person she is today. While she shares a close relationship with her mother, Kyla-Drew Simmons' father is a mystery. So far, she has not talked about him. 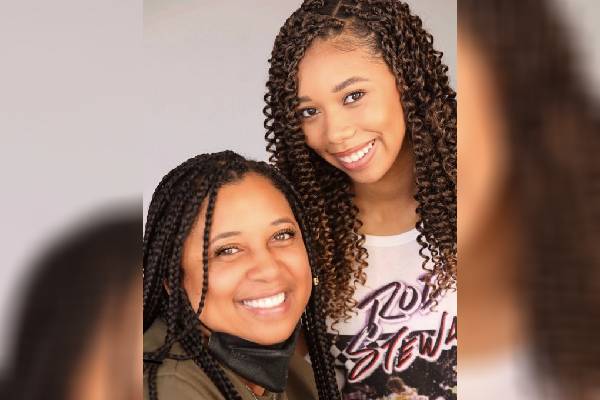 The American actress is of mixed ethnicity of Latin and African heritage. Kyla started her schooling when she was just two years old. She started her sophomore year at the age of twelve and graduated high school at 15 years old with a 4.24 GPA. The model is also fluent in Spanish and English and can also communicate in sign language. Kyla started her acting career in 2012 and has appeared in several TV shows and movies throughout the years. Her talent and determination to become an actress have led Simmons to have a successful career.

Kyla-Drew Net Worth Earnings And Career

Kyla-Drew started her acting career in 2012 after she appeared in an episode of The Neighbours. The same year, the young actress starred in Parental Guidance. In the following years, Kyla's fame started to grow, which increased her career opportunities. In 2013, she appeared in the TV series 90210 for an episode. The same year, Kyla-Drew also starred in the show Prisoners as Joy Birch and How I Met Your Mother.

The start of 2013 saw Kyla appearing in an episode of Jessie, where she played the character, Taylor Harris. She also starred in Castle as Sophie before finally ending the year with an appearance on the famous TV series, NCIS: Naval Criminal Investigative Service.

As Kyla grew up, so did her fame. Her mother helped her to rehearse her lines and take her to studios. She received her big break in 2014 after the American talent landed a significant role in the hit TV series Nicky, Ricky, Dicky & Dawn. She appeared in the show for 55 episodes until 2018 where Kyla portrayed the role of Mae Valentine. She was starred alongside other actors, including Lizzy Greene, Aidan Gallagher, Mace Coronel, Casey Simpson, and many others. Following her performances in the series, Kyla received roles in several TV shows and movies.

In 2015, the actress landed a role in the hit TV series Grey's Anatomy, where she appeared as Mia James. Next, she was starred in Battle Creek in the episode titled Man's Best Friend, in which Kyla portrayed the character of Katori. Her following projects along the year included Soul Ties, The Veil, Jessica Darling's It List, and Santa's Boot Camp.

In 2017, Kyla starred in two TV movies titled Michael Jackson: Searching for Neverland and Nickelodeon's Sizzling Summer Camp Special. The same year, the social media influencer appeared for an episode of Wisdom of the Crowd as Donita Smitts. In 2018, the young actress played the role of Ellie in the TV series Station 19. Kyla's career as an actress from a young age must have undoubtedly helped her to earn a considerable amount of fortune by now.

In 2019, Kyla-Drew landed another significant role in No Hood Nick's TV series, where she appeared for eleven episodes. Kyla played the character of Becky in the TV show. The social media influencer has also appeared in an episode of the hit TV show The Good Doctor. The start of 2020 saw the talented actress appear in Just Add Magic: Mystery City. She then appeared on Crown Lake, where Kyla-Drew portrayed the character of Tiffany St. Martin for sixteen episodes. The following year, she appeared on Raven's Home as Angelica for two episodes.

According to Net Worth Post, Kyla-Drew Simmons' net worth is estimated to be $800K. However, including her secondary sources of income, that number might be even higher. Alongside being a TV and film actress, Kyla is also a model and a social media influencer. She has over 733K followers on her Instagram account, which is surely one of the factors in helping the model grow her income.

Also, the social media influencer is endorsed by various clothing and apparel brands like MiuMiu, Dolls Kill, etc. According to Influencer Marketing Hub, a macro influencer with 500K to 1million followers on Instagram can earn from $5K to $10K per post depending on multiple factors. With the help of her social outreach, the social influencer is surely paid a considerable sum of money. It would not be an understatement to think that Kyla-Drew Simmons' net worth will only increase in the upcoming years. As far as we know, it is just the beginning for the young actress, Kyla-Drew.

Kyla-Drew is a young actress in the TV and movie industry. As far as the media knows, she is still single and has not been in a relationship with anyone. Most of her fans also have speculated that the model keeps herself very busy with her career projects than focusing her time on some guy. Also, Kyla-Drew's zodiac is Aries, which means that she is very passionate, motivated, and a confident leader. Likewise, the talented star has been very passionate about her career since a very young age. No wonder the beautiful actress has not been seen with anyone in public yet. 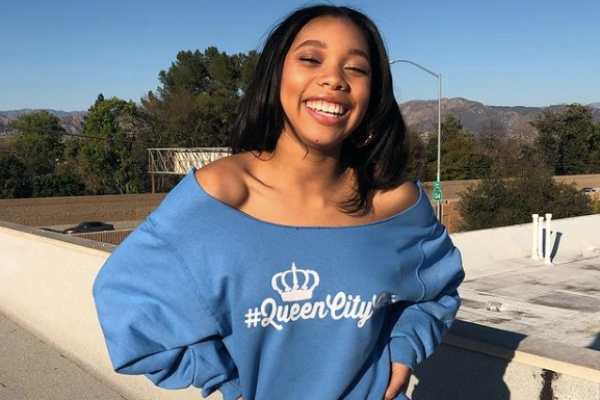 Kyla Drew Simmons seems to be focusing on her career rather than finding a boyfriend. Image Source: Kyla's Instagram.

On the other hand, Kyla is still very young but won't always be. Being the talented and smart girl she is, we can be sure that she can find the right partner for herself when she grows up in the future. We can also make sure that the actress is being taken care of by her mother and other family members. Being as beautiful and intelligent as she is, Kyla-Drew's boyfriend will surely be a lucky one. Furthermore, we hope the actress grows up to become even more famous and finds true love for herself.