American actor Valente Rodriguez started his acting career in the late 1980s and has immense fame. He has starred in numerous television series and movies but is mostly recognized as Ernie from George Lopez.

Rodriguez is undoubtedly one of the most recognizable men in the current television industry. And fans are eager to know more about their favorite comedic actor on television. So, here is everything one needs to know about Valente Rodriguez, including his career trajectory, net worth, family, and love life.

Valente Rodriguez was born in Edcouch, Texas, on February 14, 1964. He is of Mexican descent and comes from a hardworking family. Having grown up in Rio Grande Valley and being a migrant farm worker has helped Rodriguez become thankful for his opportunities in the industry.

While Rodriguez's career journey is well-documented, the same cannot be said for his personal life. Besides sharing few things about his time growing up in Texas, the television actor has kept mum about his family. However, few sites suggest that the George Lopez actor is the youngest among eight siblings.

As a young child, Valente spent most of his time studying. He was reportedly the first person in the family to graduate from high school and attend college, Rodriguez took summer classes in theater at The University of Texas-Pan American and where he starred in many mainstage plays. He was even featured in a promotional commercial for his college, which aired in the Rio Grande Valley. 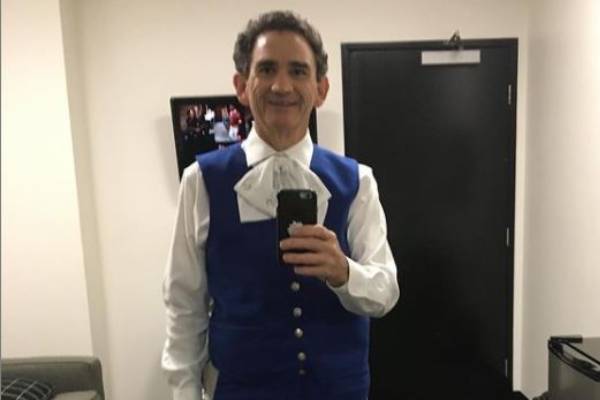 Valente Rodriguez was born and brought up in Texas, where he attended the University of Texas-Pan American. Image Source: Valente's Instagram.

After graduating in 1987, Valente Rodriguez moved to Los Angeles with the dreams of making it big in Hollywood. His move was aided by his university's theater department head, Marian Monta, who gave him $1,000 out of her own pocket. Rodriguez has not let Monta and his supporters down as he has found major success in his professional life.

Valente Rodriguez's Net Worth And Career

In the course of three decades, the American actor has starred in a number of plays, television series, and movies. As a result, Valente Rodriguez's net worth must be substantial. His dedication to his work has also helped him gain fame in the industry.

As mentioned above, Valente Rodriguez moved to LA in 1988 with the help of his teacher. There, he joined Latino Theater Lab, founded by Jose Luis Valenzuela in 1985. He took part in workshops and appeared in theater plays like The Inspector General, La Virgen del Tepeyac, and Stone Wedding.

Not only this, but Valente also worked with Improvisational Theater Project and starred in several of their plays. All of his earlier works in plays must have helped Rodriguez earn a considerable sum of money.

In addition to joining the Latino Theater Lab, Valente Rodriguez also landed an agent immediately after moving to LA. He then played a significant role in the 1988 movie, Salsa which did great in the box office. After this, he appeared in numerous movies like The Big Squeeze, Ed, The Red Queen, The Little Match Makers, and Las Angeles, where he played big and small roles.

One of the most prominent movies that Rodriguez stars in is Disney's McFarland, USA, which was released in 2015. Some other films in which the actor appears and their respective box-office collection are listed below:

As a part of the cast members of the above-mentioned films, Valente Rodriguez's salary from them must have been sizable. With many new projects on the horizon, his fortune will undoubtedly increase in the coming years.

While movies and theater plays were the first few projects that Valente was involved in, he found fame through his television works. During the late 1980s and 1990s, Rodriguez has had brief appearances in shows like Babes, Mad About You, Beverly Hills, 90210, The X-Files, EP, and many others.

However, after the sitcom George Lopez aired on ABC, he became a household name. He played the main character, George's best friend, Ernesto "Ernie" Cardenas, and was loved by the viewers. Valente appeared in all 120 episodes of the show and must have pocketed quite a sum for his work in it. The show is currently available on the streaming site Peacock TV, and Rodriguez might receive some amount as royalties for his work in the popular series.

After the ABC series, Valente Rodriguez appeared in Happily Divorced, Wizards of Waverly Place, High School Musical: The Musical -The Series, and Adam Ruins Everything. His most recent television work is Netflix's comedy show, Dad Stop Embarrassing Me!, created by Jim Patterson and Jamie Foxx. Rodriguez works alongside many talented actors like Heather Hemmens, Porscha Coleman, and Kyla-Drew.

Besides acting, the Texas-born star has also produced few series and short films; he was an executive producer in three episodes of The Trainee and also directed the movie Goonie-Boys: Curse of the Mayan Coin. While the behind-the-camera works are new territory for him, Valente Rodriguez's net worth must have seen a considerable rise from those projects.

As stated earlier, while the professional achievements have been documented well, the same cannot be said about Valente Rodriguez's love life. He is very secretive and has never talked about his romantic life. It is unclear if Valente has ever tied the knot and has any children. 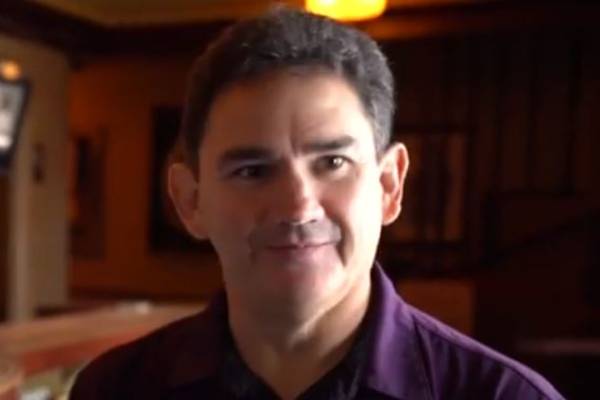 Unlike his illustrious career, the identity of Valente Rodriguez's girlfriend/wife is a mystery. Going through his Instagram and Twitter accounts also gives us no indication of the talented actor's relationship status. It is commendable how Rodriguez has guarded his personal life. But let's hope he opens up in the near future.