Previously Married To Chris Robinson, Where Is Lala Sloatman Now?

In today's world, it doesn't matter if you are associated with a very popular and renowned celebrity unless you work hard and thrive on making your own identity. Here, in this article, we will be talking about Chris Robinson's ex-wife, Lala Sloatman. She has established herself as an actress already and is strong and confident enough to face life's challenges.

Sloatman, who is also a model, married her ex-husband on September 8, 1996. Robinson is the Chris Robinson Brotherhood's vocalist and rhythm guitarist, as well as the singer of the Rock and Roll band. On February 12, 1998, the former pair of Lala and Chris divorced.

After the separation, many people are curious to know about her recent life update. So, what is Lala involved in these days? Hence, stick with us till the end of this article to discover more about the actress.

Alice Walton Husband - Married More Than Once But No Children

Lala was born Lala Cassandra Sloatman on 12th October 1970 in Winter Park, Florida, United States. Furthermore, she was named after her grandmother, Laura, who was raised in Hawaii. Her first name, 'Lala,' is the Hawaiian form of Laura. Likewise, Lala Sloatman's father is second-generation USMC officer John Sloatman III, whose sister Gail Zappa was the wife of Frank Zappa, a rock musician.

Ms. Sloatman eventually shifted to Santa Barbara and then Los Angeles. She moved in with her uncle Frank and his family as a teenager at their request after being hit by a car, which broke her ankle. Lala's uncle assumed she would be treated better in Los Angeles than in Santa Barbara, where the accident took place.

Moreover, Lala has one small brother, John Sloatman IV, who is 12 years her junior. Sloatman is also close with her cousins Moon Zappa, Dweezil Zappa, Diva Zappa, and Ahmet Zappa.

Apart from this, the actress attended San Marcos High School. Having talked about her early life and family, let's talk about her professional career, as it is equally important.

Frank Zappa's niece was one of America's most versatile and talented actresses. In 1988, she starred in two films, Tequila Sunrise, and Watchers. Similarly, when she was featured in the film Dream a Little Dream, Lala was thought to be having an affair with her co-star.

Furthermore, the Winter Park native has around 17 acting credits under her name. Some of her acting projects include Joe Versus the Volcano, Cityscrapes, The Adventures of Ford Fairlane, Pump Up the Volume, Dragon: The Bruce Lee Story, Amityville: A New Generation, Buy One, Get One Free*, The Twisted Tales of Felix the Cat, Cityscrapes: Los Angeles, to name a few.

Similarly, in 2010, Lala appeared as Layla in Somewhere; after that, she has not appeared in any other movie projects. It seems like Sloatman has taken a break from the entertainment industry.

Besides, Lala has also worked with Oscar-winning renowned director William Friedkin as his younger kid's nanny. But she has not appeared in any of Friedkin's films. In addition to being an actress, Chris Robinson's ex-wife has worked as a mini-broker, a waitress at a French restaurant, a barista, Brooks Brothers sales associate, and at a chiropractor's office.

Lala’s Relationship With Her Ex-Husband, Chris

As stated earlier, Lala married her ex-spouse, Chris, on September 8, 1996. They were completely in love with one another. However, only two years after their marriage, the then-duo divorced in 1998. The reasons for the former couple's separation have yet to be revealed to the public.

Lala Sloatman's ex-husband is best known for his association with The Black Crowes. He founded the band and is its main vocalist. Moreover, Chris has released several albums and toured worldwide with the rock band. The Black Crowes celebrated their 30th anniversary in 2021, and Robinson is mainly credited for its longevity.

Furthermore, following the separation from his first wife, Chris then married actress Kate Hudson in December 2000, and in 2009, the singer again went on to marry Allison Bridges, his third wife.

On the other hand, Lala was also rumored to be dating Corey Haim in the late 1980s, and in the early 1990s, she was said to be in a relationship with C. Thomas Howell. But whether she is seeing anyone currently has yet to be disclosed.

She Has A Daughter

Although her romantic relationships have seen a series of ups and downs, the actress has been a wonderful mother and has never let any negativity affect her only child. She welcomed her daughter, Lula Henrietta (Lu Henry), in December 2010.

Lala Sloatman's daughter's name is derived from Jodie Foster's portrayal of Tallulah in Bugsy Malone (1976) and Lala's mom, Joan Lou Sloatman's middle name. Similarly, she considered several names for her kid (while expecting) before settling on that one, which was 'Calliope.' However, Lala's baby daddy has yet to be disclosed. 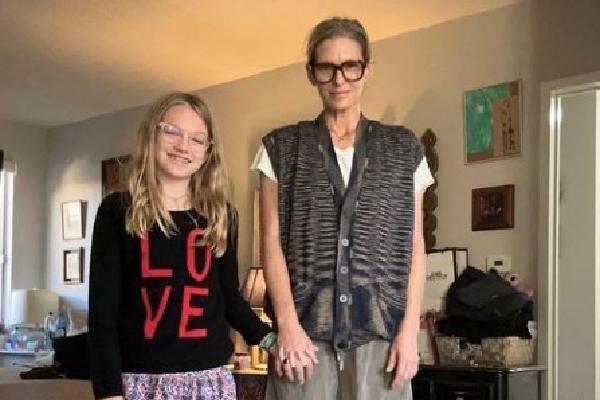 Since Ms. Sloatman's child is very young, it is too early to talk about her professional career. Nonetheless, the mother-daughter duo's bond is very strong, and they look adorable together. Hopefully, we will see Lula achieving enormous success and bliss in life in the coming days.

After the divorce from her ex-husband, Lala has preferred to keep her personal life low-key. As a result, what she has been up to recently is unknown. Perhaps she is looking after her little girl and fulfilling her motherly duties.

Also, significantly less is known about Lala's professional career in the present day. It is understandable why she has maintained her life undercover, still going through her social media handle, we can see that she is leading a fulfilling life surrounded by her close-knit people.

Nevertheless, we hope fans will hear about Chris Robinson's ex-wife's professional career and personal life in the coming days. Our good luck and best wishes follow her way.