Any person involved in business, sailing, and collecting, must be familiar with the name Bill Koch. With a $2 billion net worth, he is one of Florida's richest personalities. Born William Ingraham Koch, he was welcomed into this world by his father, Fred C. Koch, the founder of Koch Industries, and his mother, Mary Clementine.

One of the most successful oil companies in American history is Koch Industries. The international conglomerate is currently the second-largest private company in the US, behind Cargill, with annual revenues of over $100 billion.

Alongside having a positive reputation in the professional world, Bill is also well-known for making waves in his romantic relationships and personal life. Similarly, in today's article, we will discuss Bill Koch's ex-wife, Angela Browder Gauntt. The duo married following the divorce of Bill from his first wife, Joan Granlund.

Moreover, several fans are interested to know what Bill Koch's second wife has been up to in recent days since she has remained quiet after their separation. Hence, dig into this article to find out what Angela Koch is recently focused on and how she is living her life.

Angela Was Married To Bill For Four Years

Ms. Koch is widely recognized as the ex-partner of Bill Koch. The former couple tied the wedding knot in 1996. A mutual friend suggested Angela meet Bill in 1995. She was a natural, attractive blond with dazzling green-blue eyes and a lovely Southern drawl. She had recently separated from her first husband at that time and was living in New Orleans.

Later, the businessman approached her with an America's Cup scarf as a gift. Furthermore, the duo went on their first date at New Orleans' swanky Commander's Palace. Later, in May 1996, Bill proposed to Angela after only five dates, and they married in November that year. However, their wedding didn't last long and ended under several circumstances, which we will discuss in the following subheading.

Their Marriage Ended On A Bad Note

The former couple's marriage started facing problems from the beginning of their wedding. In 1998, Bill lost his lawsuit against his brothers Charles Koch and David Koch, which made him depressed and discouraged. Bill Koch's ex-wife claimed he had alcohol problems which made their marriage worse.

Furthermore, Angela filed for divorce to end their four-year union in 2000, shortly after Mr. Koch allegedly threatened to hit her with a belt during an argument at their Cape Cod vacation house. Soon, he was taken into custody and charged with domestic abuse and assault, as well as making death threats.

In September, Angela filed for divorce two months after the Cape Cod disaster. The ex-couple thought about getting back together to benefit the kids briefly. Yes, they share two children, which we will discuss in other subheadings. They even went counseling together, but everything fell apart after Ms. Koch learned that her husband had hired a private investigator to follow her.

She was frightened and embarrassed and realized there was no chance of reconciliation at that time. Later, their marriage ended with a $16 million settlement and now let's learn more about it in the following section.

Received Millions In The Divorce Settlement

Following their divorce, Bill had to pay more than $16 million to dissolve the marriage marked by spousal abuse allegations. Furthermore, the judge approved the request for a divorce and mandated that he had to pay his wife a lump sum of $16 million in place of alimony. 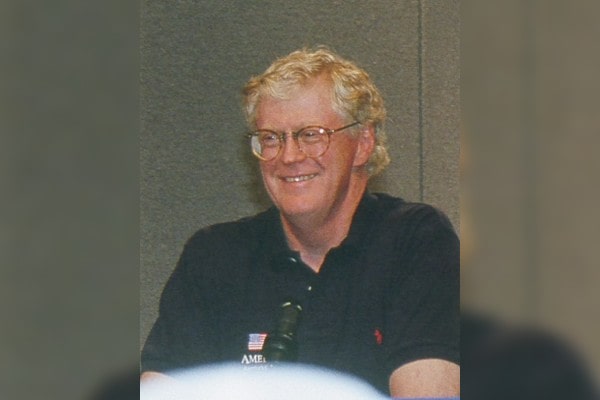 In addition, Mr. Koch had to make monthly child support payments of $10,900 for each of the duo's two kids, and he also promised to pay for their college expenses. Also, their kids would reside with their mother during the academic year, but their parents would share custody.

According to Mark Luttier, the lawyer for Angela Koch, the settlement nullified the couple's prenuptial agreement, which stated that Koch would receive a percentage of her husband's wealth. However, Angela's lawyer mentioned that she is pleased with the settlement and moved from the couple's mansion, which will remain under her name.

She Has Been Looking After Their Children

Angela has been sure to take good care of their children, giving them education and emotional and financial support while remaining in the shade. She is a devoted, kind, and caring mother to her two children. Let's move on to finding out more about her little ones.

With her ex-husband, Bill, the strong lady has welcomed a son, William Koch, and a daughter, Robin Koch. After a few months of her marriage, she was pregnant with William and thought his birth would be one of the great moments of their marriage. Unfortunately, Angela had to parent both of her children all by herself because Bill was suffering from his problems.

Nonetheless, she is one heck of a strong woman and looks after her kids very well. Bill has also provided them with financial support, and we hope William and Robin work hard to make their parents proud.

After the devasting separation, Angela Koch has preferred to maintain her personal life low-key. Hence, it is unknown what she has been doing recently. Maybe, she is looking after her kids and living a content life with them. Angela was once a gift officer for Tulane University Medical School in New Orleans.

However, significantly less is known about her professional life in the present day. It is understandable why she has kept her life undercover, but we hope the former Mrs. Koch has moved on and is happy.

Bill Koch's ex-wife was rumored to be dating Palm Beach Police Chief Frank Croft after her divorce settlement; however, she denied saying it was never a hot romance and was rather a casual date. In addition, according to sources, Angela also was in a relationship with Carlos Arruza, from the wealthy Fanjul sugar clan. Yet, nothing has been confirmed yet.

Nonetheless, we hope fans will hear about Angela's personal life and professional career in the coming days. Our best wishes and good luck follow her way.