Bill Koch Net Worth - Look At His Art And Wine Collection

Home Net Worth Bill Koch Net Worth - Look At His Art And Wine Collection.

Bill Koch, born as William Ingraham Koch, is a multi-billionaire industrialist, sailor, and connoisseur from the United States. He hails from a wealthy American family and has a tremendous amount of money.

How did William Koch, the child of Fred C. Koch, almost become the richest person in the world? Read more to find out about Bill Koch's net worth and his ba-bling whereabouts.

Bill Koch Net Worth And Earnings

The estimated net worth of this multibillionaire might not come off as a shock to everyone, but every source has a different take on the numbers. According to Forbes' most recent estimates, Koch has a whopping $1.5 billion in the pocket. The Richest has estimated this American businessman's net worth at nearly $3.04 billion. 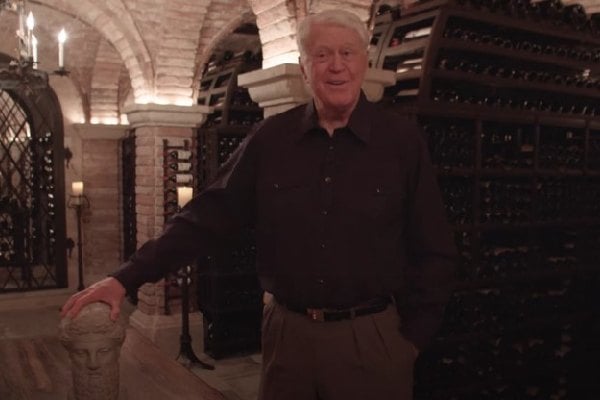 Bill Koch has a whopping net worth of $1.5 billion as of October 2022. Image Source: Social Media.

Even though the numbers are not consistent, his billionaire status sure is!

Bill was engaged in his family's business. He had acquired equity in Koch Industries, as did his older brother Frederick R. Koch. Following a failed endeavor to succeed another brother Charles Koch as business president in 1980, Bill was let go by the organization.

After that, he and the eldest brother Frederick sold their shares to their siblings Charles and David Koch, and in return received $800 million.

Lawsuits Upon Lawsuits For The Property

Lawsuits involving Charles and David continued for about 20 years. In an attempt to acquire control of all the business, Koch and his eldest brother, Frederick, at one time allied with J. Howard Marshall II, against their own siblings.

Finally, Bill reached a settlement in 2001 after accusing the firm of stealing oil from the government and Native American lands. Koch Industries reached a $25 million agreement, with him receiving a third of the sum as compensation for filing the lawsuit. All the legal disputes ended between the brothers after they made an agreement.

Likewise, this incident helped in the overall increment of Bill Koch's net worth.

Bill Started His Own Company

After leaving his family-led businesses, Bill founded and led the Oxbow Group, a Florida-based company in West Palm Beach, which primarily stood as an energy development holdings limited.

Investment in oil accentuated Koch's wealth and made him a filthy rich businessman of his era.

The Lavish Lifestyle of Bill Koch

Great wealth brings great luxuries! Koch is still living the life in his 80s, far more lavishly supported by cutting-edge technology and material comforts than he did many years ago.

Bill also developed a love for collecting wine and artifacts.

Bill Koch has gathered almost 43,000 bottles of wine. In a short YouTube video by Sotheby's, he revealed how his initial interest in wine drinking and collecting turned into a lifetime devotion. He also announced the auction of 20,000 vino bottles via the same video.

According to Koch, he doesn't have enough time to drink every bottle of wine he owns. With such a huge quantity, he likes to throw away wine parties every now and then. It is truly said by Bill that wine brings people closer.

The Wichita native was also associated with filing lawsuits against different wine companies because they were selling counterfeit wines. Koch almost spent $35 million engaging in the feud as if it wasn't that big of a deal. He made a reference to this when he said he was after them as a dog is after a bone.

William calls himself a collector of not just wines but artifacts too. Model sailboats, vintage maritime equipment, the artwork of ships and coastlines, and miniature ships are all part of Bill's compendium of maritime artifacts. His possessions, such as the America 3 and the boat it bested, Il Moro di Venezia, were on display at the Gallery of Fine Arts in Boston in 2005.

Furthermore, at a Denver auction in June 2011, Bill forked over $2.3 million for a 130-year-old photograph of notorious criminal Billy the Kid.

Collecting As Well As Donating

Bill has made numerous donations throughout his life, and he has been an active donor to many organizations that he is passionate about.

The wealthy businessman gave the "Alliance to Protect Nantucket Sound" approximately $5 million. Its primary objective is to block Cape breezes from going forward by building wind turbines next to Koch's Cape Cod home in the same place.

In the year 2012, Restore Our Future, a PAC established to back Mitt Romney for the presidency received a $2 million donation from the Koch.

We dived into Bill Koch's net worth and saw the kind of lifestyle that is only a dream for many. Money might not bring happiness, but wait, are we sure?