Scandals and controversies are no new thing for billionaires and their families. Bill Koch, an American billionaire businessman, collector, and sailor, has also created a sensation in the media because of his messed-up relationships and divorces. Unfortunately, like him his eldest son from his first wife, Wyatt Koch, has also experienced disappointments in his love life.

Just because you have a wealthy background, doesn't mean you will enjoy prosperity in every aspect. A similar case happened to Wyatt who has launched a fashion line and is likely well-off, thanks to his dad's fortune. He had a failed engagement and also a legal battle with his ex-partner. Hence, let's learn more about Bill Koch's son, Wyatt Koch's life story.

The son of Bill Koch and Joan Granlund, Wyatt Koch got engaged to Ivie Gabrielle Slocumb in 2017. Their engagement details and dating history haven't been revealed in the media. Sadly, Ivie broke off the engagement in May 2017. As a result of their failed engagement, Wyatt demanded she return back the $250,000 worth 8.24-carat engagement ring he bought for her.

In March 2017, Koch paid $180,000 for the ring, which has an Oscar Heyman cushion cut diamond and two tapering baguette diamonds. According to his lawyers, the jewelry was worth $250K. In addition, he also requested $15,000 in damages. 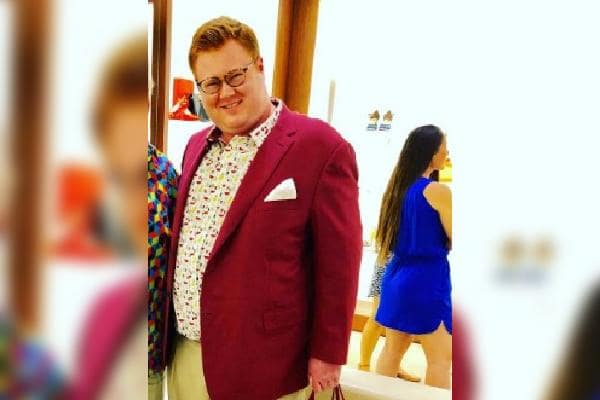 In the court documents, Wyatt mentioned that Slocumb got the ring as a conditional gift. Despite good demand and the condition not being met, she refused to return it. Furthermore, a $7,750 'platinum diamond pendant' with 56 round diamonds was also mentioned in the lawsuit, though no demand was made for its return.

By January 2, 2018, Slocumb was asked to reply to the lawsuit. This issue might sound very petty and ugly to many people; however, we hope the former duo settled it out properly, holding no grudges against each other.

Moreover, you might also be interested to know how Wyatt Koch's father, Bill Koch, faced legal charges from his ex-wife, Angela Koch for domestic abuse and assault​​​​​​.

After a messed up and ugly engagement, Bill Koch's son seems to have moved on with his romantic life. Several sources speculated that he might be dating artist and actress Alysha Grace Marko.

According to Marko's aunt and Gene Pressman's wife Christine Pressman, who overheard a conversation about the new couple at a luncheon at the Brazilian Court hotel, Wyatt was spotted out and about in Palm Beach, Florida, with Alysha.

Pressman disclosed that Wyatt might even be taking Marko to Aspen, Colorado, to meet his parents and spend New Year's Eve together in 2018. Moreover, although it has not been revealed yet, we hope he has moved on and will have a healthy relationship this time.

Wyatt Is The Founder Of Wyatt Ingraham

Bill Koch's son, Wyatt, is the founder of a fashion label named Wyatt Ingraham. This brand produces shirts that look the boldest, brightest, and with unique patterns on the market. Furthermore, he is passionate about designing a bold range of shirts for Wyatt Ingraham, which is ideal for both the 'boardroom' and the 'discoteca.'

The red-haired guy is just following his heart as his father advised him to do whatever he wants in life with carefulness and dedication. His designs might be disastrous to some, while some find them extraordinary. Nonetheless, he is actively working in the fashion industry. Also, Wyatt was named the winner of the annual Wild Pants Party by the nonprofit Arc of Palm Beach Country twice a row.

Furthemore, during his brand's launch video shoot, the junior Koch explained that he wanted to create something exciting, outside the box, trendy, cool, and attractive. Overall, Wyatt's fashion label seems to be catching pace in the present, and we wish him luck with his business.

After several controversies, Wyatt Koch has preferred to maintain his personal life low-key. Hence, it is unknown what he has been involved in recent days. Maybe, he is all focused on establishing his brand in the global arena and dedicated to professional growth.

On the other hand, significantly less is known about the fashion designer's personal life in the present day. It is understandable why he has kept his life undercover, but we hope he has moved on and is content. Nevertheless, we hope fans will hear more about Wyatt's professional career and personal life in the coming days. Our good luck and best wishes follow his way.