There are legends, and then there is Frank Zappa. His musical legacy could hardly be surpassed by any of the musicians before or after him. Moreover, Zappa was a musical genius who created some of the most complex Rock pieces ever made. He was and is an inspirational figure for many.

While rockstars' love life is often found to be messy, the late composer was quite lucky in that department. He found his soulmate in his spouse Gail Zappa, who stayed by his side till his death. Furthermore, Mrs. Zappa safeguarded her hubby's legacy even after his demise.

Unfortunately, Frank Zappa's wife is no longer alive. Still, many people must be curious to know about the lady who stole the iconic singer's heart. Hence, we are presenting you with this article full of undiscovered facts about Gail.

Was Born To A Physicist

Mrs. Zappa was born Adelaide Gail Sloatman on January 1, 1945, in Philadelphia, Pennsylvania, USA. She was named after her maternal grandmom. Moreover, Gail Zappa's father, John K. Sloatman Jr., and mother, Laura Freitas, raised her in a large household with her seven siblings.

Speaking of Mrs. Zappa's parents, her dad was a pilot and a nuclear physicist who was a part of the Manhattan project. He was also a commanding officer of the Naval Training Device Center in the 60s. Thanks to his influence, Gail was able to land a job in the Naval Research and Development's office.

Talking about her education, the gorgeous lady completed her schooling at Marymount International School. She also studied at the Fashion Institute of Technology and briefly modeled in the UK.

What Was Frank Zappa's Wife Involved In?

As already mentioned, Mrs. Zappa was initially a civil servant, serving as a secretary in Naval Research and Development. After moving to New York, she enrolled to FIT, which also marked her beginning in the modeling scene. However, Gail didn't continue modeling for long as she shifted to Los Angeles in the mid-60s.

There, Frank Zappa's wife decided to become involved in music. As such, she released a single under the stage name Bunny and Bear with prod. Kim Fowley.

Met Her Spouse In Her Early 20s

It was in LA, the future Mr. and Mrs. Zappa first met in 1966. At that time, the Philadelphia native was a secretary at the Sunset Strip's Whisky a Go Go, while her future partner had just released his debut album, Freak Out! Furthermore, Frank fell in love with Gail within a few minutes of meeting her.

That chance encounter turned into Gail moving in with the composer. Fast forward a few months, in 1967, the couple exchanged vows. It was quite a ceremony as former Ms. Sloatman was nine months pregnant, and Frank was without a wedding ring. The latter even shared they got hitched in a "severely ridiculous civil ceremony." 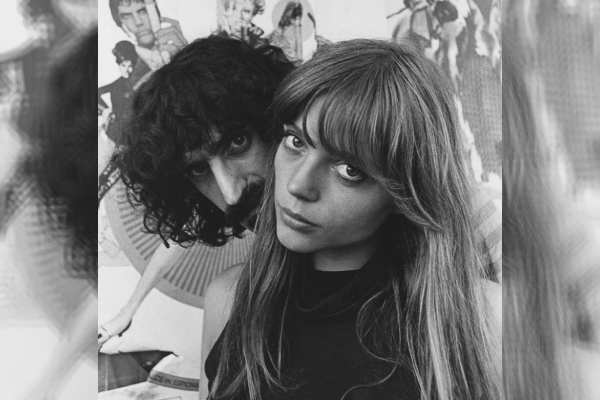 Following their marriage, Gail closely managed her partner's career. She was a force to be reckoned with, and she demanded respect which she always got. Moreover, the late composer called his partner an excellent boss' wife. Alas, not everything is meant to last forever, and Gail and Frank's love saga ended after his demise in 1993.

Though her husband had told her to get out of the music business, Mrs. Zappa stayed and looked after the rights to his compositions and publishing catalog. She established Zappa Family Trust to manage her spouse's property and rights to his image. Not just that, she released Frank's unreleased music and sued and denounced any firms that used anything related to her hubby without permission.

Was A Mother Of Four

During her marital life with the iconic singer, Gail welcomed four children, Moon Unit Zappa, Dweezil Zappa, Ahmet Zappa, and Diva Zappa. All of them have been involved in the music industry at least once. For instance, Moon first appeared on her dad's Valley Girl at fourteen before collaborating with her brother, Dweezil, and other artists.

While Ahmet and Diva have also released their fair share of tracks, Dweezil has carried on their old man's legacy by touring with the band Zappa Plays Zappa. Frank Zappa's son has also recorded and released his own music alongside regularly performing his songs.

Her Sad Demise And Her Children's Feud Over Frank's Legacy

Frank Zappa's widow managed Zappa Family Trust and controlled his estate for several years. However, the Zappa matriarch's days were cut short after being diagnosed with lung cancer. Sadly, she passed away at her home on October 7, 2015. She was seventy at that time.

After her untimely demise, Frank and Gail Zappa's children feuded over Zappa Family Trust. The late Mrs. Zappa left 30% of the family estate to Ahmet and Diva, while only giving 20% to Moon and Dweezil. This caused quite a stir among the siblings as Moon took care of their mom during her cancer battle. As per one insider, she did so based on her understanding of her little ones' roles.

Dweezil and Moon weren't into business, while Ahmet and Diva are involved in running Zappa Family Trust. Moon and Dweezil were not on good terms with their late mom but had somewhat reconciled during her final days. Nevertheless, the family feud must have been solved by now.

All in all, Frank Zappa's wife was a loyal spouse whose love for him never lessened even after his passing. Though her decision of dividing shares among her children wasn't positively received, she must have done so with good intentions. To conclude, Gail must always be living in her loved ones' memories.