Though the glamorous world of cinema is known for its superstars, filmmakers, and multi-million dollar blockbusters, some are lesser known, even having worked in the field for decades. Ahmet Zappa is one such artist, having appeared in over a dozen films and television shows over three decades, with most of his roles going unnoticed by audiences.

Unlike most performers, Ahmet also has established himself as a writer, publishing the children's bestselling book 'The Monstrous Memoirs of a Mighty McFearless.' Not just that, he is also a talented musician who has stunned many people with his skills. Since there are many facts to explore about this multi-talented personality, let's jump into this short biography about Ahmet Zappa, which covers all the necessary information.

The musician was born Ahmet Emuukha Rodan Zappa in Los Angeles, California, U.S., on May 15, 1974, to businesswoman Gail Zappa (nee Sloatman) and musician Frank Zappa. His father, Frank, was a legendary musician, bandleader, and composer who is regarded as one of his generation's most innovative and artistically versatile musicians.

Furthermore, the artist's dad was of Sicilian, Greek, Arab, and French descent, while his mother was of German and Portuguese background. Sadly, both of Ahmet Zappa's parents have passed away. Besides, Mr. Zappa is the third child of his parents. Moon Zappa is his older sister, and Dweezil Zappa is his older brother.

On the other hand, Diva Zappa is Ahmet's younger sibling, and his cousin is actress Lala Sloatman. In addition, his elder brother, Dweezil, is a music sensation whose name is widely recognized in the music field.

Ahmet Zappa Net Worth And Career

Frank Zappa's son is frequently sought after to design business strategies, branded content, and marketing plans for a wide range of businesses ranging from innovative and emerging technologies to immersive entertainment experiences. As a musician, Ahmet collaborated with his brother Dweezil on multiple albums, although they have stopped following a legal battle over their father's estate, which we shall discuss later in this biography. In addition, in the Ready to Rumble movie, Ahmet and Dweezil recorded a Britney Spears' ..Baby One More Time's cover.

Furthermore, Ahmet has appeared in sitcoms such as Growing Pains, MadTV, and Roseanne. He's starred in the movies Jack Frost and Ready to Rumble. He has also hosted the TV shows But Can They Sing? and Robotica (TV series).

Apart from this, the screenwriter's first novel, The Monstrous Memoirs of a Mighty McFearless, was released in 2006. Disney and Bruckheimer Films have acquired the book's rights. Besides, he has also written several books, including Because I'm Your Dad, The Hot Rats Book, and Star Darlings, to name a few. Now, let's look at some of the prices of his books mentioned above.

Moreover, Ahmet is the president of Monsterfoot Productions. His company specializes in creating popular online content and film and tv franchises. For instance, in 2012, Walt Disney Pictures released The Odd Life of Timothy Green, produced by his production company.

Since Frank Zappa's son has been involved in several sectors, it is pretty obvious that he is making good fortune and leading a wonderful lifestyle. Thus, according to Celebrity Net Worth, Ahmet Zappa's net worth is estimated to be $5 million, derived from his entertainment endeavors.

It also allows or forbids the use of Frank Zappa's name and files litigation against inappropriate use. However, the Zappa matriarch's death revealed that the Trust's authority was given to Diva and her brother Ahmet, with 30 percent shares each. Moon and Dweezil, the eldest siblings, were granted smaller shares of 20% each. This disproportionate distribution of family trust led to a nasty conflict between the siblings.

As beneficiaries, Moon and Dweezil would not receive any funds from the Trust until it appeared beneficial. Furthermore, they also had to seek permission from Ahmet before using their late dad's music and name.

The Trust's inheritance dispute lasted a long time and was highly covered by the media. Nonetheless, the issue was settled after the Zappa kids decided to divide Trust's income equally among themselves.

Has Been Married Twice In His Lifetime

On January 24, 2004, the musician married actress Selma Blair at Carrie Fisher's mansion in Beverly Hills, California. However, Blair filed for divorce on June 21, 2006, in Los Angeles Superior Court, citing irreconcilable differences. A spokeswoman for the former pair told People that though they decided to separate, Ahmet and Selma would continue to be friends.

Although his first marriage didn't last long, the entrepreneur did find love in his second partner, Shana Muldoon. The duo got married in 2010 and have been together ever since. Furthermore, Ahmet Zappa's wife is an American designer, writer, and creator of the animated series Disney's Star Darlings. She is also the sister of actor Patrick Muldoon. 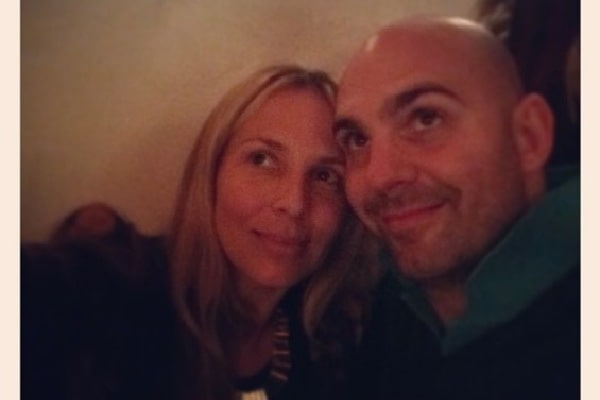 Overall, the lovebirds have always been there for each other and pushed each other in the lowest phases of life. They seem to have an enduring and thriving marriage, and we hope their love will be strong enough to survive against all odds.

A father's love is kind, giving, and selfless. It sees no flaws in its children, and they shower unconditional support, care, and nurture on them. Similar is the case with the multi-millionaire. He is someone who embraces his fatherhood and loves his kids with all his heart.

Alongside his wife, Shana Muldoon Zappa, the director welcomed his first child, a daughter, Halo Violetta Zappa, in 2010. A few years later, Ahmet became a dad once again with the arrival of his son, Arrow D'Oro Leon Zappa, in 2016.

Furthermore, Ahmet Zappa's children are young and growing up; hence it is too early to talk about their professional careers. Nonetheless, there is no doubt that the musician is a fantastic dad who has always been there for his kids. No doubt, a father's love is forever generous.

All things said, the author/artist strives to maintain integrity in his activities, following in the footsteps of his late father, both artistically and spiritually. Frank Zappa's son has seen many highs and lows in his life, yet nothing seems to stop him from accomplishing great things. We wish him the best of luck with his future endeavors.