Many of us might have watched Disney's Star Darlings, a series about twelve teen girls of Starling Academy who have the power to grant special wishes. While many might take the animated series as just a show for little girls, its creator's motto was to make something magical and inspiring for girls in Today's world. The person behind Star Darlings is Shana Muldoon Zappa.

Aside from creating the Disney series, Shana also briefly worked as a stylist for high-end clients. Besides, she is also recognized as Ahmet Zappa's wife. The latter is one of the children of musician Frank Zappa and his spouse, Gail Zappa. Moreover, Ahmet is also a musician who has released several tracks.

However, today's star isn't Ahmet but his partner, Shana. Hence, let's learn interesting facts about Mrs. Zappa, including her family, career, and more.

Was Born In LA

The Star Darlings creator was born on 25th July 1977, in Los Angeles, California, USA. Shana Zappa's parents are Deanna Muldoon and William Patrick Muldoon II. Her father used to work as a personal injury lawyer. Also, she is of Irish and Croatian ancestry.

Shana is the sister of film producer Patrick Muldoon. The latter is also a renowned actor with over ninety acting credits. Some of his acting projects are Marlowe, Junkyard Dogs, Deadlock, and Bernie The Dolphin, to name a few. The brother-sister duo shares a strong bond and are each other's best friends.

Talking about Ahmet Zappa's wife's education, she graduated from Marymount High School in 1995. She then enrolled at the University of Southern California for her undergraduate degree. Not just that, she also attended various acting classes.

Her Series Star Darlings Was A Hit

The LA native, who was immersed in styling and the fashion scene, couldn't have imagined that she might create animated series someday. But, when she was pregnant with her baby girl, Shana was hit with an inspiration to create something inspiring and magical for little girls. As such, she created and hustled for six years to launch Star Darlings Inc.

Many viewers loved Disney's Star Darlings and the fourteen novels. Three additional books were supposed to be released, but it was canceled for unknown reasons. Nevertheless, the series was quite a hit, and Shana must have largely benefitted from it.

The Star Darlings author initially started her career in the fashion industry in her early 20s. She first worked as a west coast manager at Thread, where she managed overall operations and maintained client relationships, among fulfilling other responsibilities.

Afterward, the blond beauty launched her jewelry line named MULDOON Jewelry in January 2004. She designed one-of-a-kind designs for her clients, who ranged from stylists to high-profile celebrities like Madonna, Jennifer Lopez, and more. Soon, alongside designing, she started working as a private client and celeb personal wardrobe stylist.

The entrepreneur ended her stylist career and turned to focus on her new venture, i.e., Star Darlings, in 2010. She has co-authored fourteen books that are available on Amazon. Some of the books and their prices are tabulated below:

The author must have earned significantly from her book sales. Aside from that, she is the founder, CEO, and designer of the luxurious brand ORLO 1977. She also serves as a producer and content creator in her husband's production company, Monsterfoot Productions.

Hence, Shana Muldoon Zappa's net worth must be notable, comprising her earnings from her multiple endeavors. Similarly, her spouse, Ahmet, has a fortune worth $5 million.

Is The Second Wife Of Ahmet Zappa

As already mentioned, Shana is married to her entrepreneur hubby Ahmet Zappa. It is said that a man's success could be credited to the woman behind him, however, the same goes for women too. To have a loving partner who has always got your back and loves you selflessly is a boon. And for Mrs. Zappa, Ahmet is everything she has ever hoped for.

For the pair, it all started in 2007, and it seems like Mr. Zappa was able to impress his future wife on their first date. Later, the couple got hitched on May 15, 2010, and has been enjoying marital bliss ever since. Furthermore, the duo's mutual understanding, respect, support, and appreciation for one another might be the reason behind their happy marriage. 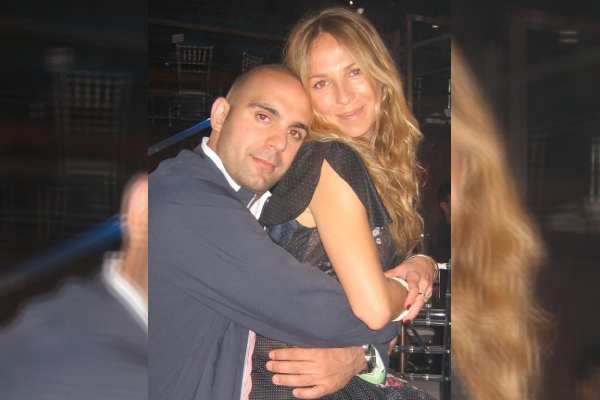 Shana Muldoon Zappa's husband has also collaborated with her in her professional ventures. For instance, Mr. and Mrs. Zappa co-authored the Star Darlings series. Shana doesn't hesitate to talk about how her spouse is supportive, inspiring, and has a heart of gold. Overall, we hope the duo's marital will last forever.

Also, Ahmet Zappa's wife, Shana, isn't his first spouse. He was previously married to actress Selma Blair, but the ex-pair separated after two years of their wedding.

With her hubby, the designer has welcomed two adorable children, Halo Violetta Zappa and Arrow D'Oro Leon Zappa. Among them, Shana Muldoon Zappa's daughter is the oldest and was born in December 2010. Likewise, her son arrived in June 2016.

Ahmet Zappa's children were in fifth grade and kindergarten, respectively, as of 2021. Both have inherited their mom's beautiful genes and frequently appear on her IG posts. The Zappas must be living comfortably and are often seen going on vacations and family trips.

All in all, Shana is a multi-talented individual who has dipped her toes in designing, writing, and content-creating sectors. She has worked hard to reach where she is and inspires others by being herself. We wish Mrs. Zappa more success, happiness, and prosperity ahead.