J.B. Mauney is one of the wealthiest and most successful rodeo riders. Image Source: J.B. Mauney Instagram.

J.B. Mauney is a name that probably needs no introduction in the rodeo field. Born James Burton Mauney, he is an American professional rodeo cowboy whose riding career was primarily oriented on the Professional Bull Riders (PBR), where he won the world championship in 2013 and 2015. Furthermore, Mauney has been actively competing in the Professional Rodeo Cowboys Association (PRCA) since 2021.

Similarly, J.B. has come a long way from aspiring to become a bull rider to becoming a successful and renowned name in the field. As a result, we feel sharing his story with the world is worth it, as many young people can learn a lot from his biography. Hence, stick with us till the end to learn about his life story.

The cowboy was born on January 9, 1987, in North Carolina, USA. He was welcomed into this world by his father, Tim Mauney, and his mother, Lynne Mauney. Growing up, he was surrounded by a loving and supportive family. Moreover, the athlete was raised alongside his sister, Jessi Proctor.

The sportsman started in rodeo when he was three years old; he first began riding sheep. Then, J.B. rode on steers and bulls. Later, Mauney's interest turned to bull riding while he was mentored by Jerome Davis, the 1995 PRCA World Champion. As he aspired to become a bull rider since childhood, he also worked hard to achieve his dreams. Similarly, the exceptional rodeo rider attended Mooresville High School.

Recognized For His Rodeo Career

The Statesville native worked his fingers to the bone to establish his identity and a stable career in the rodeo field, and it was definitely not an easy ride. However today, Mauney is one of the most successful and significant bull riders in the history of western sports. His PBR career started in 2005, and his PRCA career in 2009.

The cowboy competed on a professional bull riding tour from 2005 to 2009, earning $1.4 million. Similarly, in 2006, he was named PBR Rookie of the year. The same season, he finished second in the PBR standings, and in 2008, he won four rounds at the PBR world finals. Due to his achievements and victories, Mauney is respected and cherished by other PBR competitors and fans.

On top of that, many people even consider him a legend. Also, he has amassed a massive fortune throughout his spectacular riding career. Hence, the athlete indeed must have made a remarkable impact on the rodeo field. So, as you seem interested, let's learn more about J.B Mauney's net worth and professional career in the following subheading.

J.B. Mauney Net Worth And Career

For the first few years of his professional career, the cowboy wore a helmet while competing. But by 2013, he was riding while wearing a cowboy hat. Mauney became the first bull rider in PBR history to collect $7 million in career earnings on November 5, 2016. The following season, Mauney's right arm was severely injured, needing surgery to place a screw and 13 anchors. Despite the numerous injuries that have hampered his career, J.B. has persisted in never giving up.

Furthermore, some of the cowboy's highest achievements include winning the PBR World Championship title twice, in 2013 and 2015. Neither Joao Ricardo Vieira nor Kaique Pacheco could score enough points in the 2015 World championship on their bulls to overtake Mauney. Also, in 2009 and 2013, the rodeo rider won the PBR World Finals and has been qualified 15 times in his career (2006 to 2020).

However, the North Carolina native declared in July 2021 that he would discontinue competing in the PBR to concentrate entirely on competing in the PRCA and reaching his first-ever National Finals Rodeo (NFR). But, he has not retired from bull riding yet. Now, let's look at J.B Mauney's recent earnings and career stats:

Likewise, looking at the cowboy's prize money, we can conclude that he has been cashing out thousands of dollars throughout his career. As mentioned earlier, he is one of the highest-earning bull riders who has made over $7 million throughout his tours. Also, he has been sponsored by several brands, adding to J.B. Mauney's net worth.

Married To A Professional Barrel Racer

The former PBR champion, Mauney, has made his name heard far and wide within the sport of rodeo. With so much success accomplished inside the arena, his admirers are curious to find out about his endeavors in his love life. Consequently, bull riding enthusiasts are anxiously searching for information about J.B. Mauney's spouse and relationship status.

Well, the talented rider is also enjoying a successful marital life alongside enjoying a grand career. J.B. Mauney's wife, Samantha Mauney, is a beautiful woman who supports his career wholeheartedly. According to Samantha's Instagram, she is a professional Barrel Racer and 2014 NFR Qualifier. In addition, Ms. Mauney also promotes an online makeup store called Seint, where we can view a wide variety of makeup products, from setting sprays to eyeshadows. 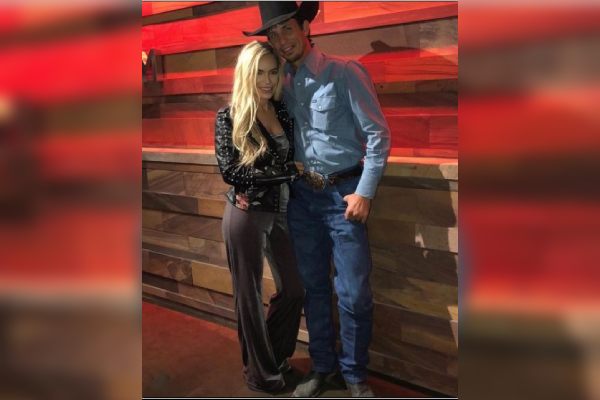 Furthermore, the duo exchanged their wedding vows in 2016. Both must have dated for some period before marrying. Moreover, the pair have kept other wedding details discreet; nonetheless, the love and chemistry that they share are pretty noticeable through their Instagram posts.

In addition, this is Mauney's second marriage, as in 2012, he was married to Lexie Wiggly. Unfortunately, they ended their marriage in 2015 due to some undisclosed reasons. Nonetheless, JB's previous marriage doesn't affect his current relationship, and both J.B. and Samantha seem to have an enduring and thriving marriage. Hence, we hope their love will stand the test of time as the year progresses.

All About J.B. Mauney's Children

A quick look at Mauney's social media accounts showcases his devoted parental side. Undoubtedly, the rodeo champion has not made any concessions while raising his kids and has provided them unconditional love and care. The rider is a loving and devoted father of a daughter, Bella Mauney, and a son, Jagger Briggs Mauney.

The cowboy and his wife welcomed their first son on January 23, 2019. Jagger is a very adorable child who often travels to several PBR events with his dad. While reviewing some of his posts on Instagram, we can say that he is likely to follow in his father's footsteps as he seems to enjoy riding. So will we see little Mauney shine in the rodeo events in the future? Well, only time will tell that.

Similarly, J.B. welcomed his daughter from his previous relationship in 2011. However, the details regarding Bella's mother are not revealed yet. Nonetheless, she shares an excellent bond with her stepmom, Samantha, and has been raised well by her parents. 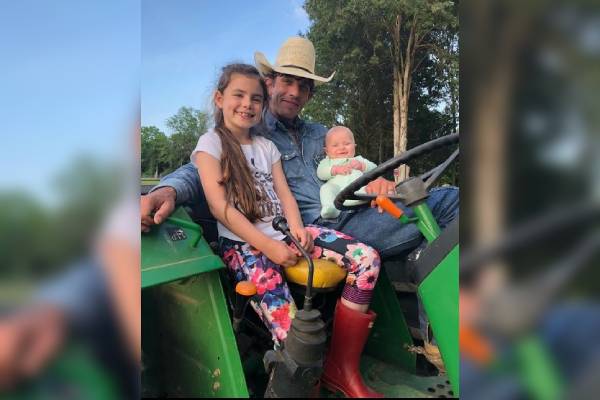 Moreover, as J.B. Mauney's children are young and growing up, we hope they will be healthy and become influential personalities in the future. On the other hand, he is a person who embraces his fatherhood and has been raising his kids with total love, dedication, and commitment.

Overall, we hope J.B. Mauney keeps thriving and succeeding in his professional career, and we look forward to hearing more of his success story in the coming days.