Kaique Pacheco is a young Brazilian rodeo rider who has joined the Nashville Stampede since 2022. Image Source: Kaique Pacheco Instagram.

Bull riding is the most popular and thrilling rodeo activity, which requires riders to stay balanced on a tamed bull for a predetermined amount of time. It demands flexibility, coordination, bravery, and a high spirit level to compete in one of the most dangerous rodeo sports, where injuries are a given. Likewise, today's article revolves around the life story of a renowned rodeo rider, Kaique Pacheco.

The young Brazilian rose quickly in the PBR world rankings and won the renowned PBR World Champions in 2018 and American Rodeo in 2022. As he has become very successful within such a short period, we believe his story deserves a fair chance to be known to the world. Therefore, we present you with this article covering all essential details, including Kaique Pacheco's professional and personal life.

His Family Was Involved In Bull Riding

The rodeo rider was born on September 18, 1994. Pacheco was born and raised in Itatiba, Brazil; however, he moved north to Decatur, Texas, to start his bull riding career. Kaique grew up with the sports rodeo as everyone in his family was involved in this field. Kaique Pacheco's father, Everaldo Pacheco, rode bulls, and his uncles were bull riders/bullfighters. Watching them, the former was determined to be a bull rider too. He loved it and dreamt of becoming a world champion since he was a child. 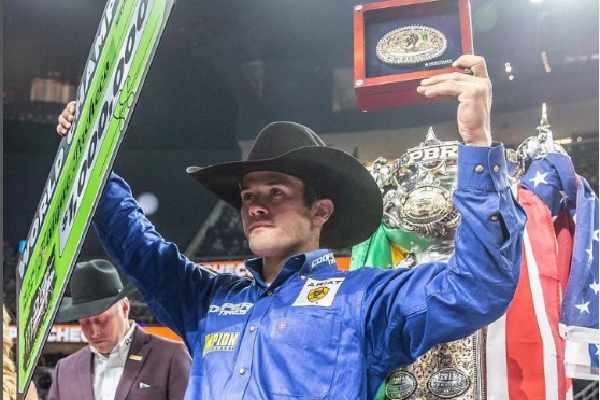 Furthermore, having supportive parents around was indeed a blessing for him. Likewise, talking about the rider's educational background, he studied at ETEC Benedito Storani.

Kaique Pacheco Net Worth And Career

Even though bull riding is seen more like a lifestyle than a career, Pacheco found his passion early and has excelled in his professional career as a rodeo rider. Likewise, Kaique Pacheco's net worth must be immense, considering his exceptional career, wins, and contracts.

Furthermore, the rodeo rider had a fantastic season in 2015 and an even better one in 2016. He accomplished a second successive second-place finish in the PBR World Standings with six victories at PBR-sanctioned events. Finally, Pacheco won the 2018 World PBR World Champions.

After a remarkable second-half surge during the regular season, the bull rider struggled through torn ligaments in his left knee just days before PBR World Finals to win the prized gold buckle. Nevertheless, he finished the year with a 42-for-80 record (52.5 percent ). Later, in 2020, he finished season No.6, even though Pacheco missed much of 2019 while recovering from an injury. Since then, Kaique has ranked second in the world championship in both 2021 and 2022.

Similarly, Kaique won a historic $2.1 million at The American Rodeo 2022, presented by Teton Ridge, which is also his highest paycheck as of now. Aside from that, he also signed a multi-year deal with Nashville Stampede in 2022. Besides bull riding, Kaique has also featured on Netflix's Fearless series. It is a 2016 documentary series created by Andrew Fried which follows a group of U.S. and Brazilian bull riders on the Professional Bull Riders (PBR) circuit. Hence with his salary earnings, signed deals, and other projects, Kaique Pacheco's net worth is excepted to be in the millions.

Similarly, Chris Hawkins is another sports personality with a remarkable net worth.

Who Is The Rodeo Rider Dating?

Kaique is young, talented, and good-looking. With all his expectational skills, good charm, and remarkable professional career, several fans are curious and excited to know who the rodeo rider is dating. It might break some fan girls' hearts, but the exceptional PBR Rider is in a happy relationship with Juliana Antonio. In fact, the duo has been together for several years. 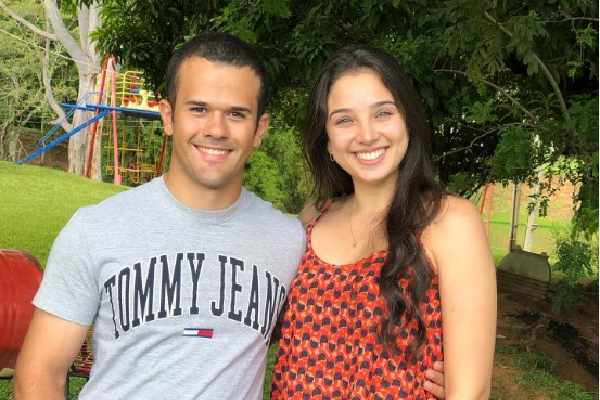 Furthermore, the lovebirds are head over heels in love with one another, which can also be seen in how their social media platforms are all consumed by one another's posts. On July 23, 2022, the couple celebrated their fifth anniversary and posted a very adorable video, including photos from their several trips. Furthermore, Kaique Pacheco's girlfriend is a medical student at Universidade Cidade de São Paulo. Besides, she is a very supportive and loving partner. Similarly, we hope the pair's relationship will grow even stronger in the future.

To conclude, Kaique Pacheco has come a long way from dreaming of becoming a world champion to actually becoming a rodeo champion. Despite several restless nights and hardships, Kaique has made a name for himself at a fairly young age, all thanks to his continuous hard work, dedication, and hunger to win. He undoubtedly inspires several young rodeo riders, and many already look up to him. Nevertheless, Pacheco seems to have a balanced professional and personal life, and we hope he continues to share more of his story in the future. In essence, we hope he is happy, healthy, and flourishing in his professional career.